Family disputes police version of robbery gang, says it was an extrajudicial killing

• Police said suspect was a gangster on robbery mission, defied police order to surrender and pulled a knife.

•Victim's father demanded justice for his son and appealed to the Independent Policing Oversight Authority to probe the shooting. 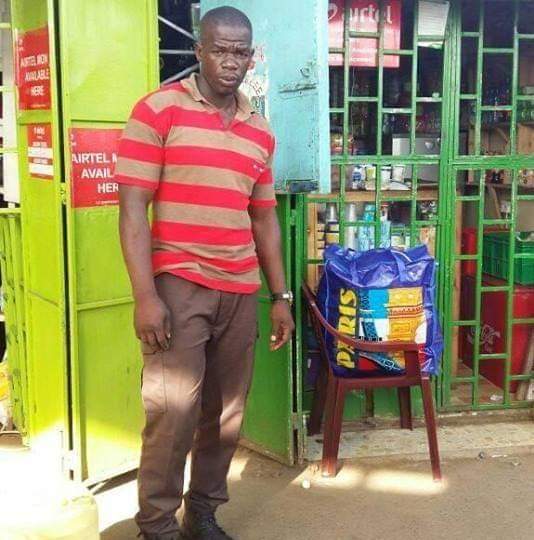 The family of a man shot dead by police in Kisumu on Thursday at 3am want justice for the killing, saying he wasn’t a gangster.

Police said the man, Walter Odhiambo, 30, was part of a five-man gang on a robbery mission.

The family said Odhiambo was a bouncer at a nightclub and also worked as a tout.

Ng’etich said police told the suspects to surrender. Instead, four fled with their pangas and knives but Odhiambo pulled a knife, he said.

“Our officers were tipped by the watchmen about the suspects who were armed with pangas and knives,” he said.

He was shot twice in the chest and on the left side of his head. He was only carrying a knife.

“He whipped out a knife when he was asked to surrender forcing one of the officers to shoot him, fatally wounding him,” he said.

Odhiambo’s family called it an extrajudicial killing and asked why police with guns didn’t immobilise a man with a knife.

His father, John Onyango Oremo demanded justice and appealed to the Independent Policing Oversight Authority to probe the shooting.

“Why did the police deem it fit to fatally shoot my son instead of immobilising him? We need justice to know know the motive behind this action by trigger-happy officer,” he said.

Speaking outside the Jaramogi Oginga Odinga Teaching and Referral Hospital mortuary after viewing the body, he said his son had three gunshot wounds.

“He was shot twice in the chest and on the left side of his head. He was only carrying a knife,” he said.

Odhiambo’s uncle identified as Steven Ochieng said he was with him on Wednesday night.

“We were with him when I visited the family in Manyatta estate at around 10pm. He was in great spirits,” he said. The uncle said a neighbour of the Odhiambo family told them an unidentified man, believed to be a police officer or informer, had been visiting the house at night.

“The suspicious man visited four times, each time knocking at the door to establish if the owner is around,” he said.

Odhiambo’s family said he believed he was being trailed. “For this reason, he avoided sleeping in his house,” his uncle said.

A friend of Odhiambo who was with him minutes before he was shot said they were walking out of a popular club in Kondele when they were stopped by  police officers.

The witness, who asked not to be identified, said Odhiambo tried to flee from the police.

“They caught up with him and instead of surrendering, he removed a knife from his trousers, prompting one of the officers to shoot him,” he said.

Matiang'i to meet with Muslim leaders over extrajudicial killings

CS defends the government against accusations of sanctioning kidnapping and the killing of terror suspects.
News
2 months ago

Ipoa says the quartet stormed into Ondiro's house on February 1, 2015 and kidnapped him
News
2 months ago

Five years ago, I saw my son off to a wedding party but he never came back

Mum hopes for closure as cop on trial for allegedly murdering her son.
Counties
4 months ago
by DICKENS WASONGA
Nyanza
26 November 2021 - 23:00