• The CAS, who contested the seat in 2017 on Jubilee ticket, lost to Ongwae of ODM, but is trying again. 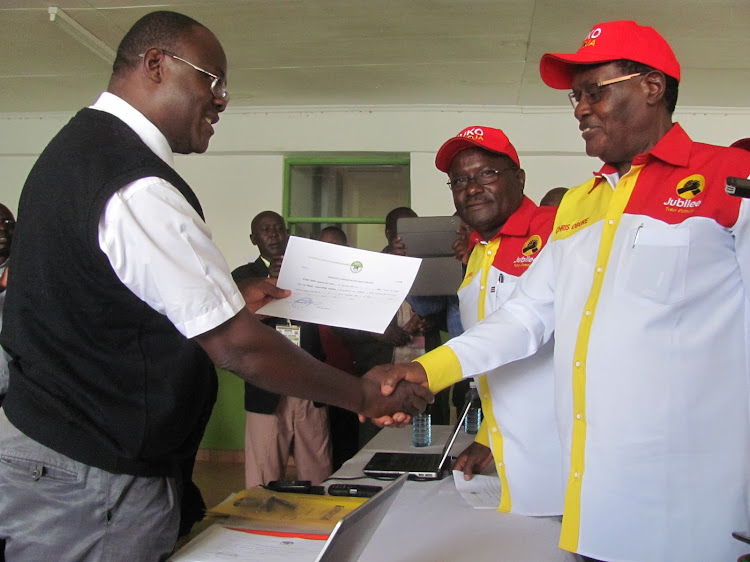 Residents of Bobasi constituency in Kisii county have endorsed Transport and Infrastructure CAS Chris Obure to run for governor.

Residents said Obure stands a strong chance to succeed Governor James Ongwae, given his development record and service in government.

The endorsement gives the constituency three aspirants for the governor's seat, the highest of any constituency in the county.

Speaking  to the Star after a meeting, residents led by Annah Kerubo, Simon Monagi and Douglas Onsase, said Obure has the required experience to take the devolved unit to the next level.

Kerubo, Monagi and Onsase said they trust the former Cabinet minister and MP and urged him to accept their endorsement.

The CAS, who ran for the seat in 2017 on a Jubilee ticket, lost to Ongwae of ODM, but he is trying again.

Another constituency with two aspirants is Nyaribari Masaba where Senator Sam Ongeri (ODM) and current MP Ezekiel Machogu ran for the parliamentary seat on National Agenda Party of Kenya (NAPK).

They said  Obure is a mature leader who understands the problems that face the county and he should be given an opportunity to lead.

Ongeri will be battling for the ODM ticket with Ong’era and Arati. He said his has said his government experience makes him the right person to lead.

Launching her bid for the county top seat, Ong’era promised residents that she will continue the outgoing governor's work.

It will be a litmus test for Ong’era who is ODM deputy national vice chairman during the nominations.

ODM leader Raila Odinga has promised nominations will be free, fair and transparent.

“I am assuring our people I will pick development projects Governor Ongwae initiated during his two-term tenure,” Ong’era said.

Arati expressing his optimism that he will defeat is rivals.

County chief says Kisii will be safe in Raila's party, which, he adds, will form the next government.
News
4 weeks ago
by BENSON NYAGESIBA Correspondent
Nyanza
25 November 2021 - 22:00