It is time to rally behind one of your own, Homa Bay youths told 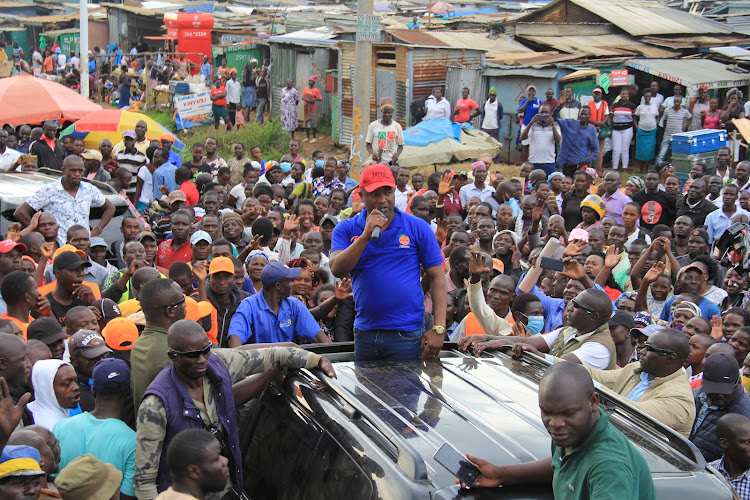 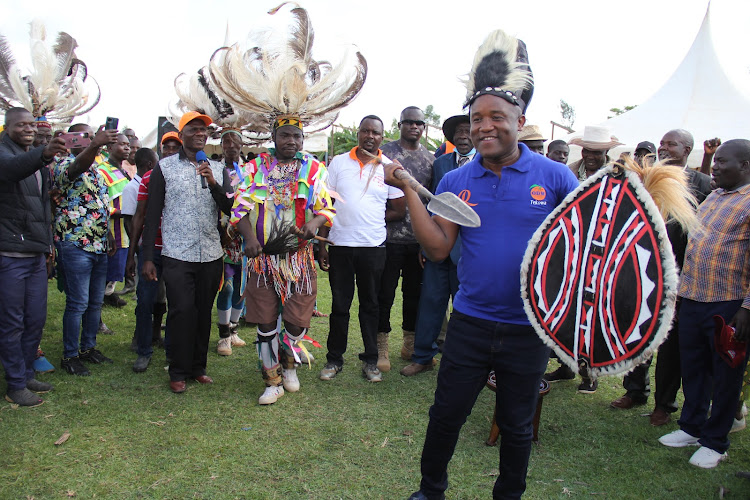 Businessman Jared Kiasa with a spear and shield after being endorsed by Ndhiwa elders to contest Homa Bay governor in Kanyikela in Ndhiwa on November 20,2021.
Image: ROBERT OMOLLO 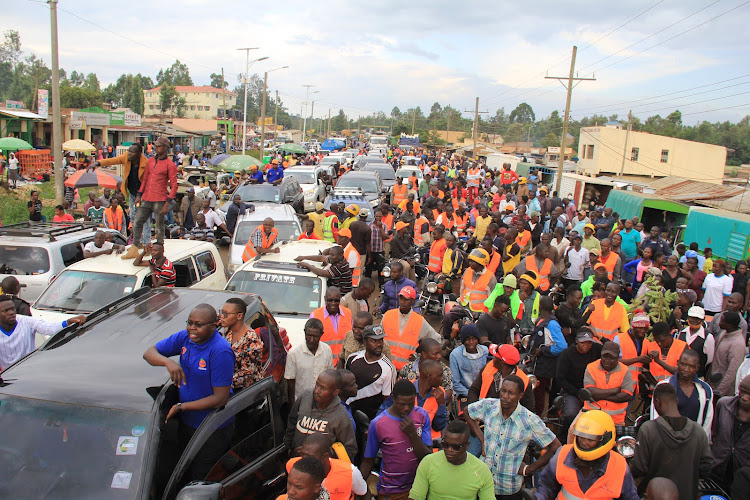 Businessman Jared Kiasa on Saturday rallied Homa Bay youths to his gubernatorial candidacy as he received endorsement from Ndhiwa council of elders.

Kiasa asked the youth to trust and vote for him on grounds that he befits succeeding Homa Bay Governor Cyprian Awiti in the 2022 general election.

During the mass voter listing exercise, the Independent Electoral Boundaries Commission was targeting to register new people, with youths forming a larger percentage.

Kiasa told the young voters that they have a role to play in electing the right leaders next year.

“It is high time Homa Bay people elected a youthful person as governor. Don’t look that person elsewhere when I am equal to the task,” Kiasa said.

Kiasa who returned to Homa Bay after a long silence of more than 11 months, sought support from youths as he campaigned at Nyakwere market, Rakwaro, Kendu Bay, and Kadel in Karachuonyo constituency.

He did the same at Nyangweso, Olare, Homa Bay town and Rodi Kopany before making a triumphant entry in Ndhiwa town centre.

In his campaigns, Kiasa cautioned youths against politicians who use them to cause violence before dumping them.

“I want youths to focus and have strategy on how we are going to take over Homa Bay leadership. Desist from anybody whose interest is to make you cause fracas,” he said.

He also castigated youths who attack their colleagues on social media for the political interest of aspirants they consider as their opponents.

Instead, Kiasa asked them to scrutinise all politicians and their agenda before deciding on whom to vote for.

“You must know that what you write on Facebook or WhatsApp groups has an impact," he said.

"They can be used against you and land you in jail hence you should be cautious.”

During the endorsement, Ndhiwa council of elders led by Richard Wandugu and Omondi Gor told Kiasa that they are behind his candidacy.

The elders drawn from all the seven wards in Ndhiwa gave him a spear and shield to symbolise readiness for war.

Kiasa said he never opted out of the race but slowed down his political activities due to the Covid-19 pandemic.

He joins the list of bigwigs and politicians seeking the ODM party ticket for the Homa Bay governorship.

All the aspirants are campaigning for ODM leader Raila Odinga to become president.