• In Kisii, parents spoke of pain and anger as the cost of living continues to rise.

• He said a bad economy means little money in the pockets of most Kenyans. 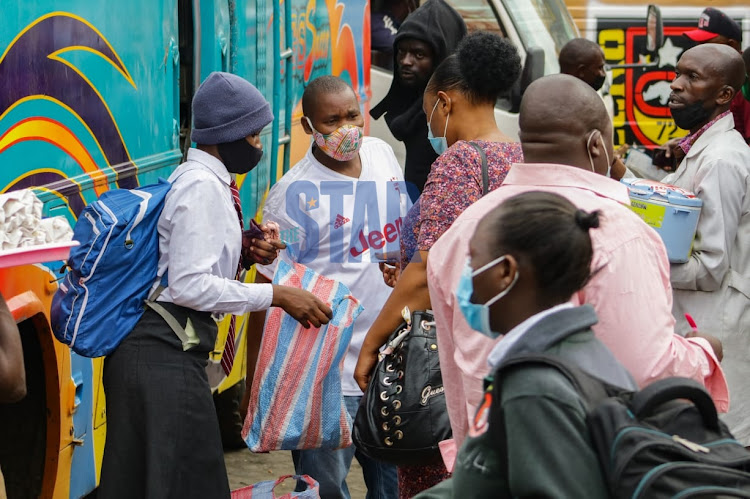 Students started returning to school for the second term on Tuesday, but most parents said they are struggling to raise fees.

In Kisii, parents spoke of pain and anger as the cost of living continues to rise.

The Star caught up with him as he escorted his son to school on Tuesday morning.

He said a bad economy means little money in the pockets of most Kenyans.

"I am just sending my son back with the little I got. I was unable to raise school fees. I'm just clinging to the hope that he won't be sent back home soon," he told the Star.

Teresa Ombachi spoke of frustrations in trying to raise school fees for her son, who was due to report to Cardinal Otunga High School in Mosocho.

"I have been visiting my bank to check if they have sent my salary, but found it empty. I'm worried the school may not be sympathetic when my son returns," she rued.

Ombachi said she had bought a few items for him on credit from a retail store near her home.

"How can I be optimistic when the cost of living is rising daily and nobody seems bothered to know how we are pulling through?" she posed.

In Suneka, Lilian Marwa, a gender activist and a proprietor of an orphanage, said some private schools were making unnecessary demands on parents.

"Someone should tell me why a school could demand more than one textbook per subject. Could it be that some are having unholy relationships with bookshop owners for the purpose of financial gain? If so, let the government investigate them because parents are hurting," she said.

And as the parents struggled to raise fees, public service vehicles raised fares as students flocked to bus stages to return to school.

Students travelling from Keroka to Kisii said they paid Sh150 from the normal fare of Sh100.

Those travelling to Riokindo Boys, in Kenyenya from Kisii said they were asked to pay Sh200 from the usual Sh150.

Those travelling to other towns said the fare increased by up to Sh100. Matatu operators said a spike in fuel prices forced the adjustment of fares.