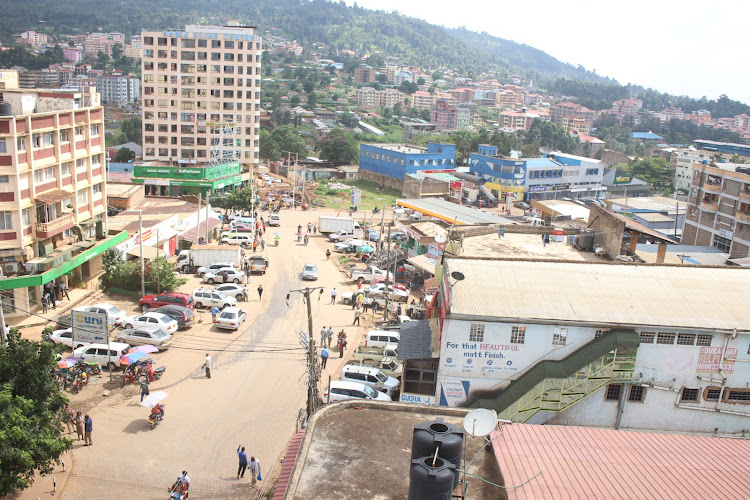 Elders in Nyaribari Chache, Kisii, on Tuesday accused politicians of conducting unethical campaigns ahead of next year's General Election.

The elders particularly pointed an accusing finger at flamboyant politician Zaheer Chanda for causing disruptions whenever he attends burials.

"We have observed over time his blatant failure to respect rights of the bereaved to mourn their departed in peace. We urge politicians to behave and accord mourners respect," said Stephen Nyaigoti, the group's leader.

Chanda has, however, distanced himself from the accusations, terming them flimsy.

"I doubt there is any sufficient ground to accuse me. I consider the accusations flimsy and lacking merit," Chanda said.

Nyaigoti said being a campaign period, many politicians had forgotten the norms and customs that dictate funerals in Kisii and Nyamira.

"As elders, we are witnessing politicians even bribing funeral programme organisers not to give their competitors a chance to address mourners, this is absurd and there should be a change from now going forward," said the elder.

But Chanda said he has no control over the hundreds of supporters who stalk him as he goes from place to place.

"They only follow me, I just enjoy a huge following, what can I do?"  posed Chanda.

The Deputy President William Ruto ally further added that he never bribes anyone to support him or vote for him.

Chanda said his support base remains intact, adding that those competitors who are trying to fight him using the elders will lose in the coming polls.

"I suspect someone could be using them to fight me but they will fail," he said.

Nyaigoti, however, defended himself and his colleagues, saying nobody is using them.

"There is absolutely nobody bankrolling us in castigating the ills that we see in society and we are not going to stop doing so," Nyaigoti said.

Business mogul James Kenani, who has shown interest in the parliamentary seat in the coming election, also voiced his concern at disruptions at funerals, saying politicians should let the bereaved bury their loved ones with respect.