• Three women, who sold food to workers at the site, are believed to be trapped in the rubble.

• Six others were rushed to Jaramogi Oginga Odinga Teaching and Referral Hospital with injuries.

A two-storey building under construction collapsed in Mamboleo estate, Kisumu county, on Monday.

Three women, who sold food to workers at the site, are believed to be trapped in the rubble.

Six others were rushed to Jaramogi Oginga Odinga Teaching and Referral Hospital with injuries.

The Star is yet to establish the number of workers who were at the site at the time of the incident and the owner of the property. 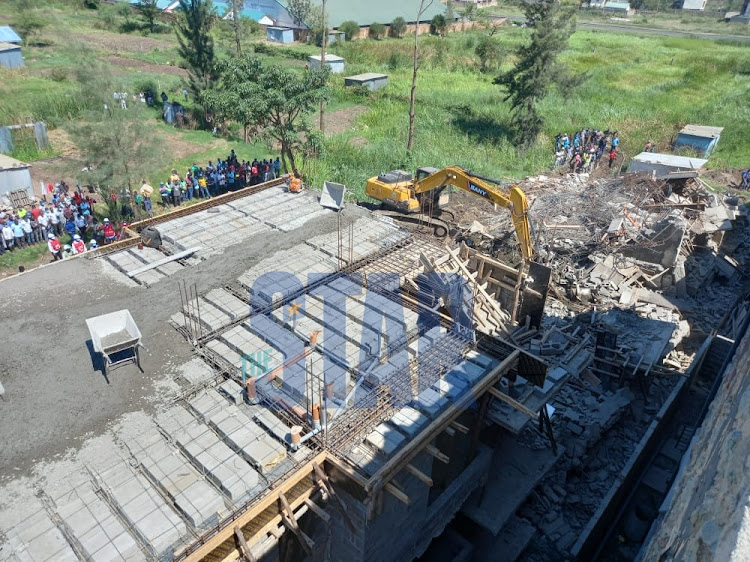 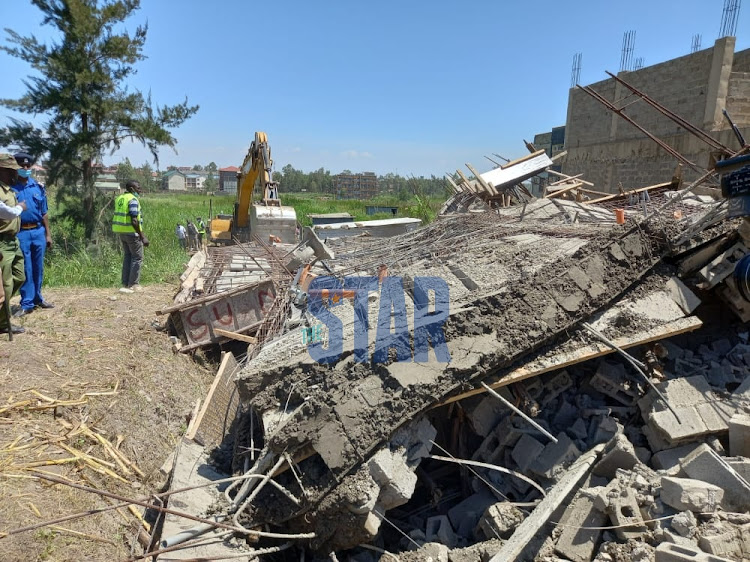 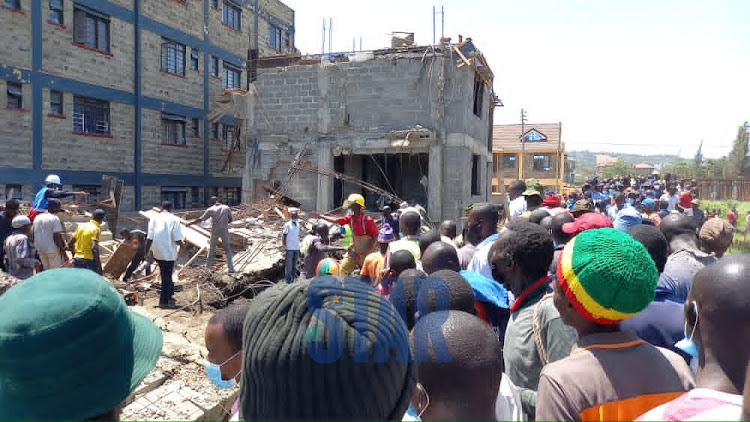 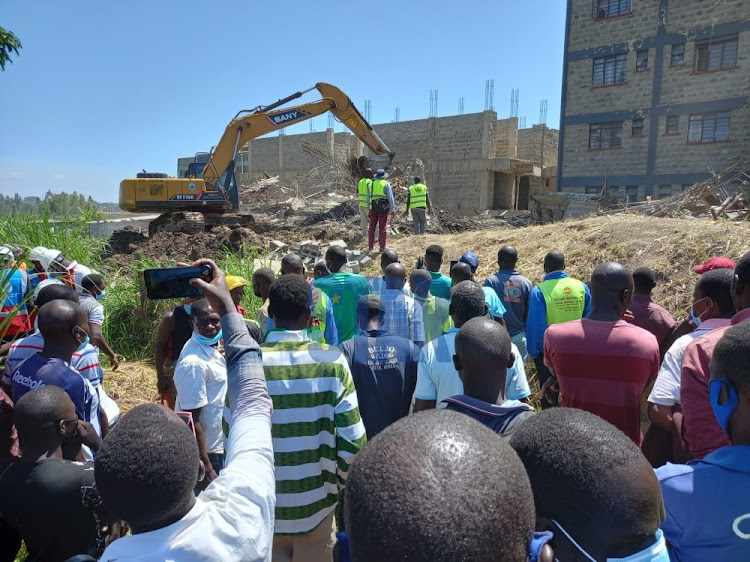 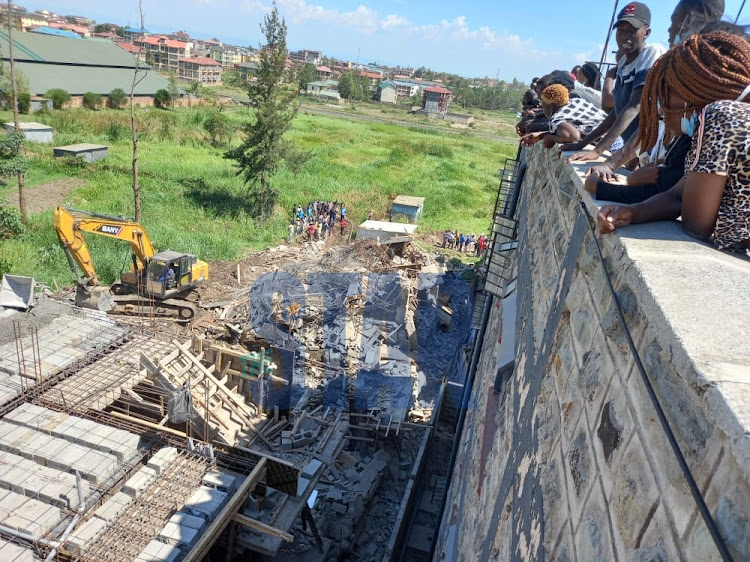 This comes barely a week after a five-storey residential building which was leaning in Kinoo was brought down in a controlled demolition.

The building was last Monday demolished following concerns by residents.

According to the residents, trouble started when the caretaker noticed cracks and alerted the owner.

The building was on Monday demolished following concerns by residents.
News
1 month ago
by DICKENS WASONGA
Nyanza
13 September 2021 - 14:46