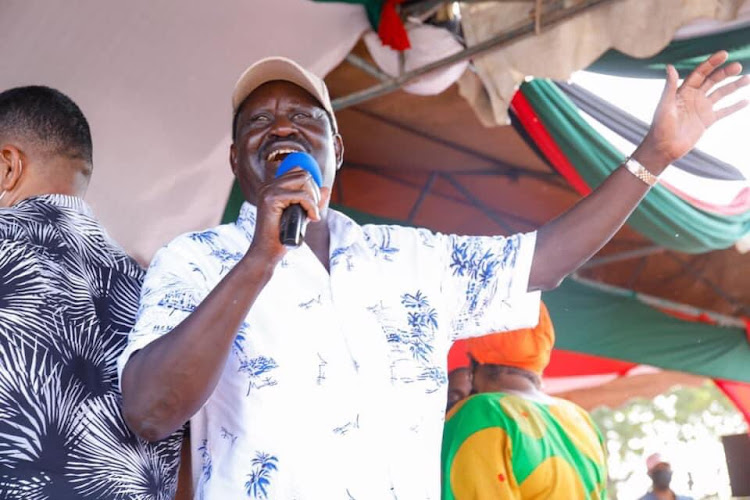 ODM leader Raila Odinga during a tour of the Coast region on March 4, 2021.
Image: RAILA ODINGA

Opposition chief Raila Odinga has floored Deputy President William Ruto in the battle for the control of the Kisii region after comfortably winning the Kiamokama ward by-election.

Despite the race having been earlier billed as a contest pitting Ruto's allied United Democratic Alliance against Raila's ODM, the Tangatanga candidate Moses Nyakeramba came a distant sixth.

The ODM victory now sends Ruto and his Tangatanga brigade from Kisii back to the drawing board even as he schemes to turn the tables on Raila.

The region is perceived to be a Raila stronghold with Ruto making aggressive forays to enhance his fortunes ahead of the 2022 polls. 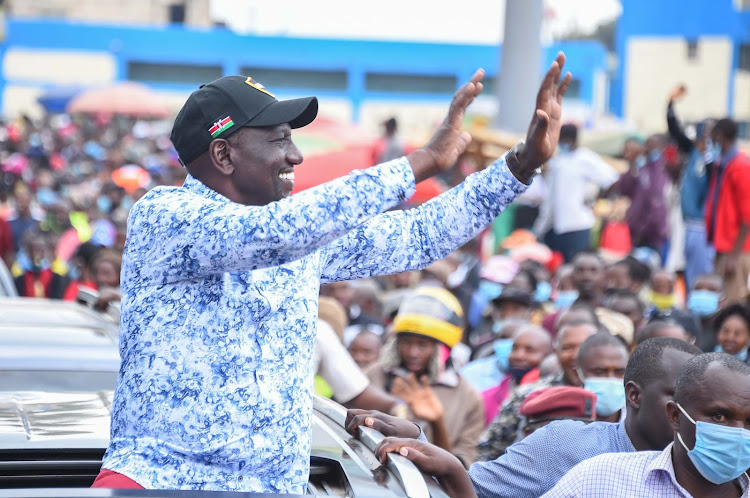 The Tangatanga brigade had mounted vigorous campaigns to capture the seat as a political statement to Raila's camp that the region was shifting ahead of 2022.

They were also using the by-election as a run test for the newly formed UDA party affiliated to Ruto as they plot a mass exodus from ODM and President Uhuru Kenyatta's Jubilee party.

Ong'era a key Raila ally said the win by Matara was a serious political warning to Ruto that he has no chance of penetrating Kisii region in 2022.

“The victory by ODM was a victory for the handshake and it is a pointer to how things will be in 2022,” Ong'era said.

The former ODM executive director insisted that Raila is still the man to beat in the larger Gusii region despite the attempts by Tangatanga to turn the tide in their favour.

Ongwae said the ODM landslide victory in Kiamokama was not in vain but a clear testimony that the people of the region are solidly in ODM and supports the handshake. 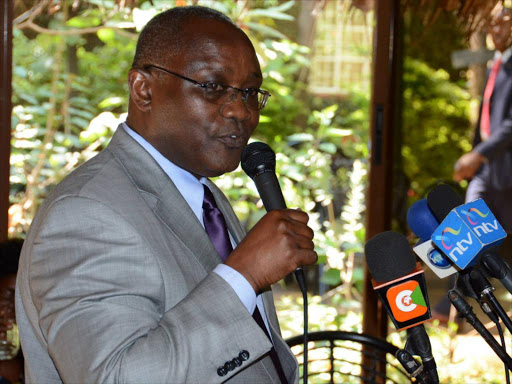 The governor said the people of Kiamokama had voted no against politics of deceit and conman-ship for progress and prosperity as manifested by the handshake.

“We spoke to the people during the campaigns and they heeded to our call, this is an affirmation that we are solidly behind the handshake and the Building Bridges Initiative,” Ongwae told the Star.

However, the Tangatanga brigade cried foul saying the by-election was not free and fair and that it was marred by chaos, violence, intimidation and harassment of UDA supporters. 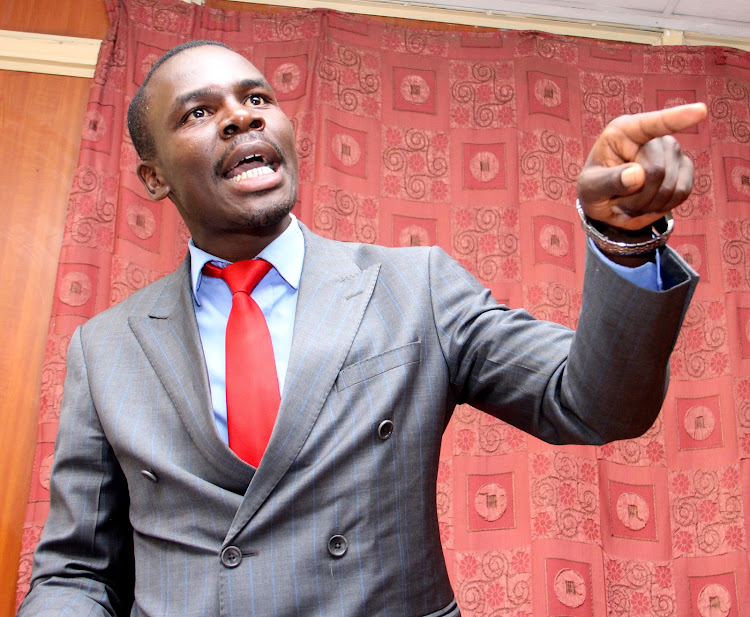 They alleged that police targeted, teargassed and arrested a couple of UDA supporters in an impartial manner that favoured the ODM candidate.

“Our candidate was teargassed and arrested for no apparent reason so as to intimidate and scare UDA supporters from turning out to cast their votes,” said Osoro

The Tangatanga forces in Kisii have been hosting Ruto for schools and churches fundraisers and empowerment programmes for the boda boda saccos.

During the DP's many trips to the region, he has castigated Raila's style of politics and warned the residents to shun him as he lacks progressive ideologies that can transform their economy.

However, the ODM boss has been received rousing welcomes whenever he has toured the region including last week when he attended the burial ceremony for Bonchari MP John Oroo Oyioka.

There are indications that Raila and Ruto are tipped for another showdown when Bonchari residents go to the ballot on May 18.

'They only took me round telling me nothing in particular' - Nyandusi.
Counties
1 year ago

He garnered 1,907 votes, eclipsing his challengers with a strong margin, to secure victory for the Orange party.
News
1 year ago

He passed away on Sunday as he was being transferred in an ambulance to Nairobi.
Counties
2 years ago
Post a comment
WATCH: The latest videos from the Star
by JAMES MBAKA Deputy Political Editor
Nyanza
05 March 2021 - 11:39
Read The E-Paper