KDF to hand over Nakuru-Kisumu railway in 10 days

• The 217km line will connect to the port, enabling the ferrying of cargo and passengers to Uganda, Rwanda, Burundi and the DRC via Lake Victoria. 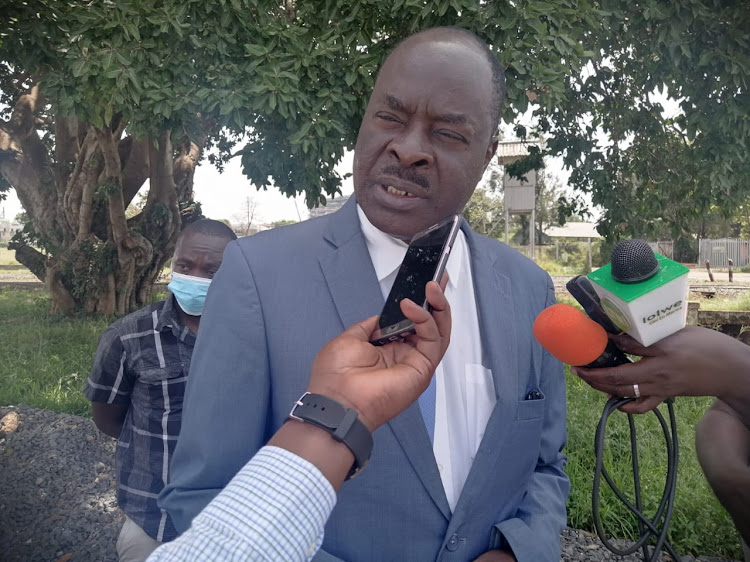 The Kenya Defence Forces will hand over the Sh3.8 billion rehabilitated Nakuru-Kisumu line to Kenya Railways Corporation in 10 days.

The first trial run is expected in April, when President Uhuru Kenyatta and ODM leader Raila Odinga are likely to be among VIPs aboard. Full operations are expected later.

Defence CAS Peter Odoyo inspected the line on Tuesday in Kisumu and said works are complete. The revived metre-gauge line will be part of the transport infrastructure to Uganda and Tanzania.

The 217km line will connect to the Sh3 billion rehabilitated Kisumu port, enabling the ferrying of cargo and passengers to Uganda, Rwanda, Burundi and the DRC via Lake Victoria.

It will stimulate the economy along the route where businesses will spring up.

The line was rehabilitated to support the upgraded port. If the route is not utilised, the port risks becoming a white elephant.

“KDF has done a good job. In the 10 days, they will do levelling, backfilling of bridges, box culverts and ensuring that railway line is firm,” Odoyo said.

The military was contracted by the Kenya Railways to rehabilitate the railway that was abandoned and neglected for two decades.

The National Youth Service cleared bushes and did other manual work.

Odoyo said KDF has done most of the work, such as building culverts, bridges, earthworks and repairing dilapidated old buildings.

“KDF has have done major earth and concrete works and they have done the work on time as originally envisaged,” the CAS said.

Odoyo praised President Kenyatta and Raila for supporting the project.

Kisumu Kenya Railways operations manager Mwalimu Disi said after the line is handed over, workers will strengthen it by fastening the ties, packing ballast and replacing vandalised areas.

He said the cargo volume will increase in Kisumu once the line is opened. More cargo means more business, more jobs, more demand for cargo handling.

It also means more vessels will be needed, Disi said.

The Kisumu line is the shortest route to Uganda and Malaba.