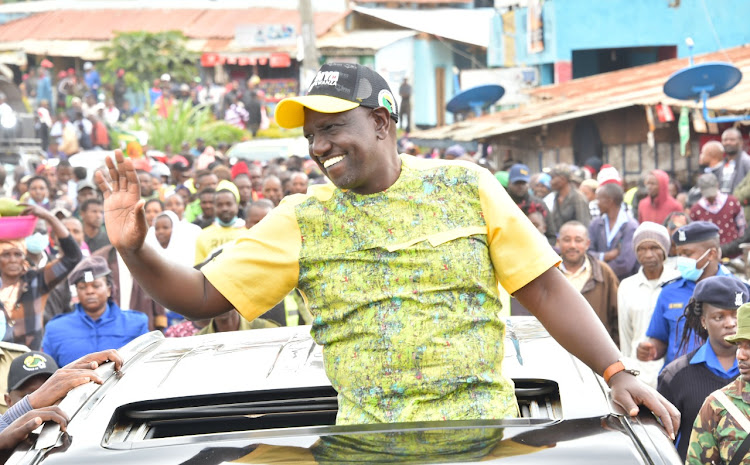 President William Ruto who was the UDA presidential candidate at a past campaign
Image: WILLIAM RUTO/FACEBOOK

Some UDA officials and supporters in Isiolo have rejected nomination of an MCA under marginalised communities’ representation saying he is not a resident.

Burat Ward MCA-elect Nicholas Lorot said Mbuthia Waruguru was not from Isiolo county to be nominated in the assembly.

Lorot wondered why the chance was given to Mbuthia and not  Fatuma Abdullahi, a staunch UDA party member who was nominated at the grassroots.

The MCA who led other officials and supporters from the area said Mbuthia did not apply for nomination in Isiolo and blamed some powerful individuals at Hustler Centre for tampering with the nomination process in the county.

Lorot said 14 communities from his Burat Ward had agreed to support  Abdullahi for nomination as reward for her outstanding campaign for President William Ruto who got over 32,000 votes against Raila Odinga’s 26,000 votes in Isiolo North constituency in last month’s general election.

He said he will lead a demonstration before the swearing-in of MCAs so that Mbuthia does not take the oath of office.

Amina Abdi Dahir alleged that Mbuthia had contested and lost in Laikipia county in the last election and therefore cannot represent the minority in Isiolo.

She said already, the local youth and women have engaged a lawyer to block the nominee from getting sworn in and appealed to the party leader  Ruto to order cancellation of Mbuthia's nomination and name  Abdullahi as the one to represent the minority communities in the County Assembly.

How novice rose above poverty to win Murang'a MCA seat

She had contested for the seat in 2017 but lost it at nominations.
News
1 month ago

She lost in 2013 and 2017, but her desire to serve her people pushed her to try again
Counties
1 month ago
Post a comment
WATCH: The latest videos from the Star
by KNA
North Eastern
15 September 2022 - 22:00
Read The E-Paper