•Addressing a rally in Habaswein Town during his thanksgiving ceremony, Adow said his entrance into politics was a sacrifice to improve the lives of residents.

•The ODM MP-elect garnered 13,990 against his closest challenger Mohamud Sirat of Kanu who got 7,545 while Abdullahi Yussuf of UDA got 7,545. 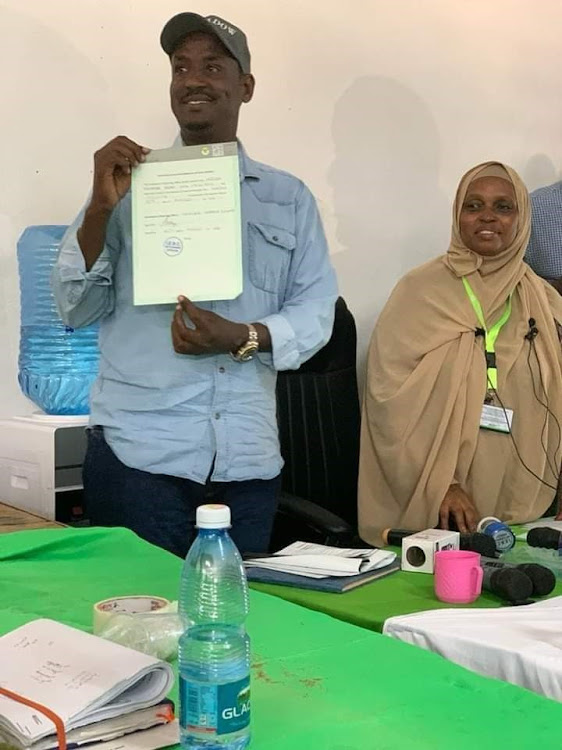 Wajir South MP-elect Mohamed Adow has thanked the electorate for overwhelmingly voting for him.

He promised to put in all his efforts to serve them well.

Addressing a rally in Habaswein Town during his thanksgiving ceremony, Adow said his entrance into politics was a sacrifice to improve the lives of residents in the expansive constituency.

He said: “I'm eternally grateful to the thousands of people who voted for me in the August 9 elections. I am eternally grateful for the overwhelming support confidence and love you accorded me. With the campaigns behind us, my focus now shifts to delivering on my commitment to change our beloved constituency."

He added: “I call on all of us to unite and work hard together towards the restoration of a glorious Wajir South. I am counting on your support as I ready myself for the huge task ahead. You have my commitment to always work hard for you and listen to you.”

The ODM MP-elect garnered 13,990, against his closest challenger Mohamud Sirat of Kanu who got 7,545 while Abdullahi Yussuf of UDA got 7,545.

The veteran journalist said the election was not about him but about his people.

He promised to work hard to bring progress to the area that he said has been regressing.

On his list of priorities is tackling the issue of water scarcity, which is a major problem in the area.

He also promised to improve education standards and roads as well as push for the re-opening of the border with Somalia to improve trade. 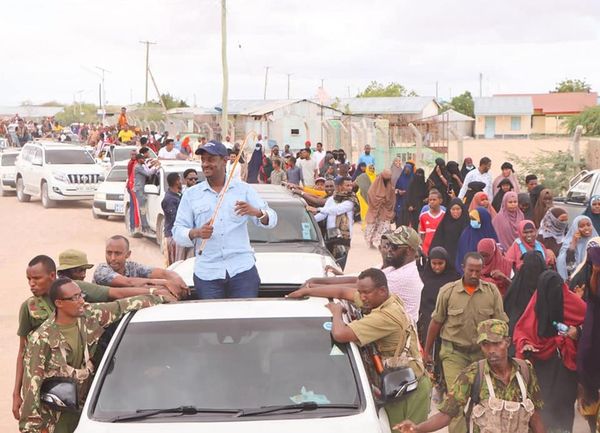 Adow also promised to closely work with both the national and county governments to ensure that healthcare, which is still wanting, is improved.

He also promised to push for the reopening of the Somalia-Kenya border to boost the economies of villages.

“Unfortunately, unlike other parts of the country which are privileged in many aspects, here we have a lot of challenges and issues bedevilling our people. Surely there is no time to rest. We have to hit the road running. It is possible with your support,” he said.

Adow was in early January endorsed to run for the seat by his Maqabul clan council of elders that is chaired by former long serving provincial administrator Mohamud Saleh.

Adow started his media career as a Garissa correspondent for Daily Nation in 1996. He later joined the BBC in Nairobi and Ethiopia as a world service correspondent.

In 2006, he joined Qatar-based Al Jazeera as Africa correspondent before he was transferred to Doha as a world correspondent in Africa, Middle East and Europe in 2017.

Some of the events he covered include fighting Isil, Boko Haram in Nigeria, Al-qaeda, the fight in Yemen as well as the Syria crisis.

Wajackoyah garnered 57 votes while Agano's Mwaure got 16.
News
1 month ago

Abdullahi lost to Governor Abdi who withdrew from the race a week before the election.
Counties
1 month ago