• Roba said the party will field candidates in all the elective seats apart from the presidency.

• In March, the party joined other parties supporting Raila Odinga for presidency under the Azimilo la Umoja coalition. 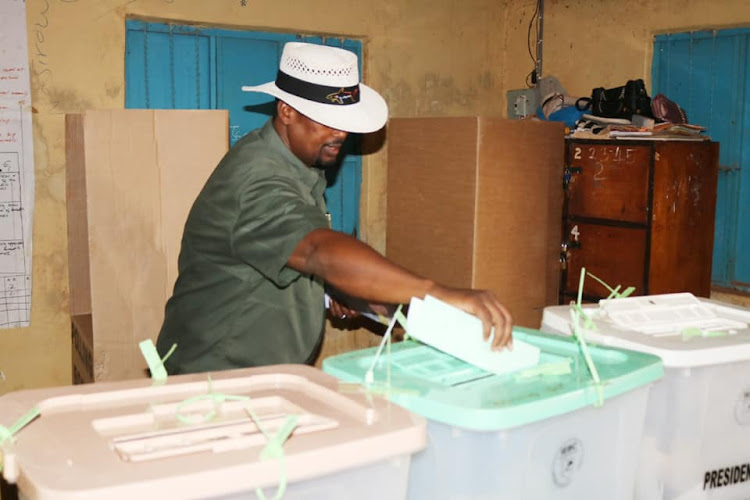 Outgoing Mandera Governor Ali Roba has stamped authority in Mandera politics through his United Democratic Movement party after it won a majority of elective seats.

Out of the six constituencies, UDM won four seats.

Roba formed the party to champion the interests of the people of Northern Kenya.

He said the party will field candidates in all the elective seats apart from the presidency.

In March, the party joined other parties supporting Raila Odinga for presidency under the Azimilo la Umoja coalition.

Roba embarked on a mission to sell the party majorly focusing on Mandera where he mounted vigorous campaigns.

He fronted outgoing Mandera speaker Adan Khalif for the governor seat to battle it out with Adan Mohamed (Jubilee) and Hassan Noor (ODM) who were both trailing Khalif.

The county boss said having laid the foundation for success, he trusts Khalif to take over the mantle of leadership and complete pending projects. 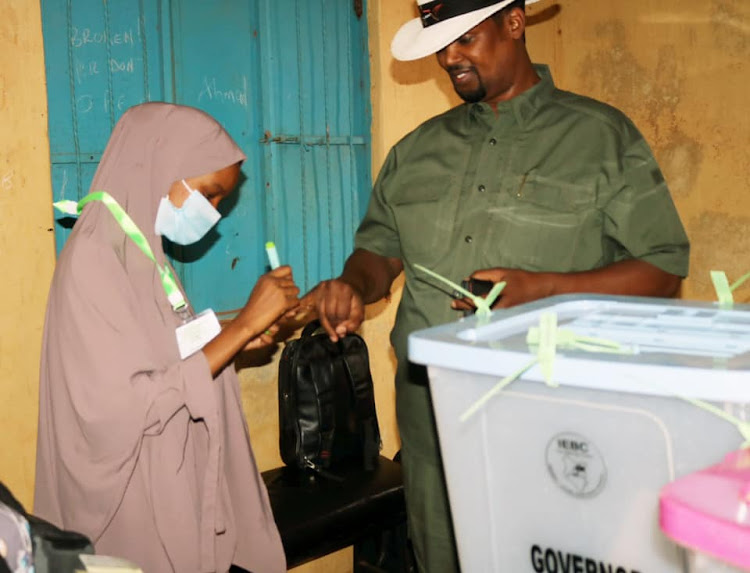 Ali Roba is marked with an ink after voting on Tuesday.
Image: STEPHEN ASTARIKO

“After 10 years of devolution, the people of Mandera are happy with the transformation in all sectors. We have revolutionised a previously marginalised county into a modern, vibrant and secure town,” he said.

During a rally in Mandera where he hosted Raila in June, Roba promised to deliver 100 per cent of the votes to him.

Preliminary results showed Roba, who is seeking the Senate seat ahead of his rival Mohamed  Mahamud. The outgoing senator and has already conceded defeat.

“It has been a great honour and privilege to have served my people as an elected leader for the past 15 years. I had the unique opportunity of being elected to Parliament for three consecutive terms. I am deeply indebted and grateful,” Mahamud said in a statement.

“The results of the current elections are being concluded and I have not been victorious. I accept the will of Allah and concede. As I exit, I wish to ask our supporters to accept the results and move on. I also wish to congratulate those elected and urge them to serve the people diligently with utmost integrity, fairness, equity and equality.”

Six counties yet to submit forms 34A

The counties are Garissa, Kakamega, Mandera, Nandi, Narok and Wajir.
News
1 month ago

The team said IEBC officials need to be accorded support as counting gets underway.
News
1 month ago