Says they spent funds meant for the hospital on luxurious events 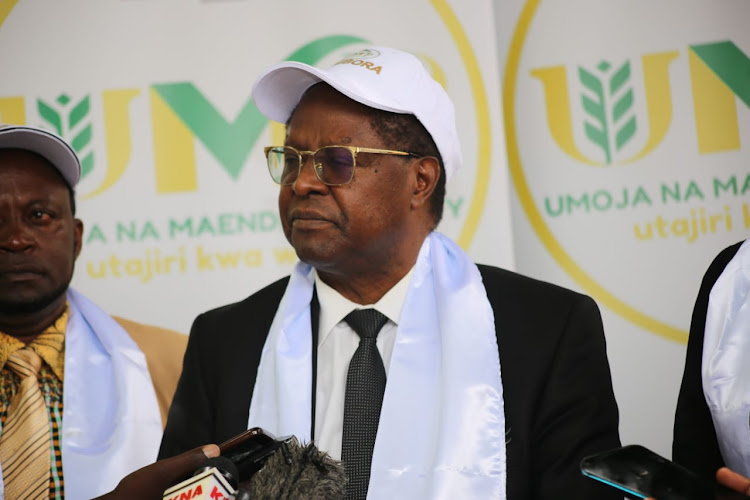 Wambora said MCAs have been misused funds meant for health to fund other projects.

The chairman of the Council of Governors spoke in Embu town on Tuesday.

He said MCAs spent funds meant for the hospital on luxurious events, thus exposing the hospital to poor services.

"I have declared that no money meant for the hospital will sponsor MCAs events that have nothing to do with the people of Embu," Wambora said.

Early this year, MCAs were in a spot after they travelled to Tanzania to be trained on manners.

Wambora said the diversion of funds has stifled implementation of health services at the hospital.

Embu Level 5 Hospital serves people from Embu and the neighboring counties of Kirinyaga and Tharaka Nithi.

Last week, the hospital was in the limelight after photos circulating on social media showed dirty wards and patients lying unattended.

The governor said these are the antics used by some politicians who are trying to bring him down.

"We have identified and arrested individuals who were caught by CCTV cameras at the hospital, littering to show that I am not working. I tell those who are sponsoring these ill tactics to look for different ideas," he said.

Wambora said 47.2 per cent of the county budget is taken up by salaries for the Level 5 hospital.

However, delays in funds disbursement has been affecting payments and productivity at the facility.

He said once elected as the Embu senator, he will champion for increased allocation from 15 per cent to 35 per cent.

Wambora said the increase will improve health services in the counties.

There had been allegations that the hospital had been on low supply.
Counties
1 month ago

Says he will lobby to have county funds increased from 15 per cent to 35 per cent.
Counties
3 weeks ago

Omollo will be contesting the Embu senatorial seat on August 9.
News
1 month ago
“WATCH: The latest videos from the Star”
by BY BENJAMIN NYAGA
North Eastern
04 May 2022 - 22:00