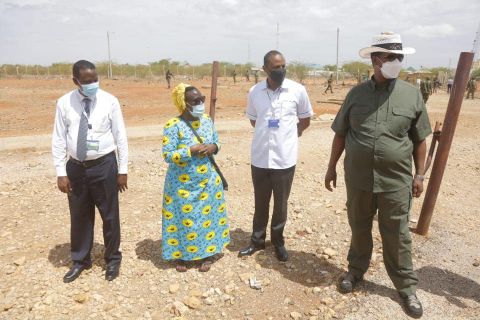 "Its continued closure is not only hampering cross-border trade but also leading to a major loss of revenue by both the national and county governments," he said on Thursday.

Roba joins a list of area leaders who have been calling on the head of state to reopen the border, saying the country is losing billions of shillings in revenue as unscrupulous businessmen smuggle goods.

The governor spoke at Malka Suftu at the Kenya-Ethiopia border while taking the Revenue Allocation commissioners on a tour of the county.

The commissioners were assessing the impact of devolution since its inception. Roba urged the commission to help push the agenda.

The border has remained closed for the last one-and-a-half decades.

However, people living along the borders and refugees have continued to do business and enter the country illegally.

Roba said the counties' major revenue was the cross-border trade between Kenya and Somalia noting that even though its closure was as a result of security challenges, the same has since been addressed.

“We have suffered tremendously, opening the border will not only boost our own revenue but the collective state revenue to the tune of Sh2 billion.

"The county stands to gain about Sh500 million from the collection of cess and other trading levies,” the governor said. 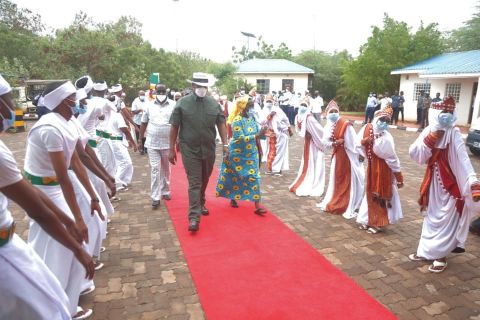 MANDERA-SOMALIA TRADE: Mandera Governor Ali Roba and the CRA chairperson Agnes Kiringia being entertained by traditional dancers in Mandera. The commission has been on a three-day visit in the county to access the impact of devolution.
Image: STEPHEN ASTARIKO

Recently, Igad secretary general Workneh Gebeyehu held talks with Governor Roba on how the Kenya-Ethiopia border can be reopened at Malka Suftu.

Businessmen who spoke to the press in Mandera urged the state to open and streamline the customs, noting that its continued closure was not helping anyone but hurting business.

“It is an open secret that all goods that the three counties of Garissa, Wajir and Mandera use come from neighbouring Somalia.

"It is much cheaper for us to import goods from Mogadishu, which is 400km away, than Nairobi that's almost 1000km,” said Adbi Ali, a businessman from Mandera town.

“The closure of the border means that we continue suffering and using a lot of money to get goods from Nairobi. The result is a more expensive life for residents.”

Amina Ali, a businesswoman from Mandera, said opening the border will rake in some good money for the country, especially during these tough economic times.

“I can also assure you that once this is done, the northern counties will grow and will be economically sustained by their own source revenue,” Amina said.

During her visit, the commission's chairperson Jane Kiringai described Mandera as a shining light in matters of devolution.

“We are delighted and excited with what we have seen on the ground and we want to encourage other county governments to come and see what they can do with very limited resources.

"In nine years, they have been able to do significant life-changing investments," Kiringai said.