• National Drought Management Authority says the number of people in need of food aid may increase to 2,366,500 if the October-December short rains are below normal.

• This is a 40 per cent increase from the 1.4 million people that were in need of food aid in February. 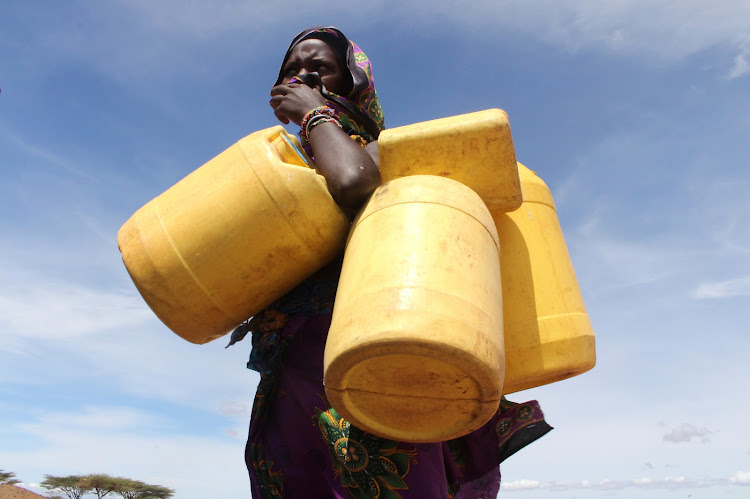 More than two million people from 23 Asal counties are currently affected by drought and are in dire need of food aid.

But a group of pastoralists has sought ways of adapting to drought through proper management of their rangelands.

They have turned to participatory rangeland management, which is being implemented in Isiolo and Marsabit counties under the Accelerated Value Chain Development Programme funded by USAID-Feed the Future.

Adin Boru a pastoralist from Isiolo county and chairman of Kina Ward Management Committee said they used to travel long distances and go for many days in search of pasture and water for their animals.

But thanks to the PRM toolkit, they now easily get pasture and water for their animals.

Boru told journalist during a field visit on rangeland management in Isiolo and Marsabit that the current drought has not affected them as much because they have set aside rangelands for their animals to graze.

He explained that they have divided the rangelands into three grazing areas, namely wet, dry and drought grazing areas.

“The wet grazing area is where communities graze during the rainy season, then we move to the dry grazing area where there are shallow wells and river banks.

"When the shallow wells have no water, we then move with our animals to the drought grazing areas (when the drought is becoming severe). This is the time they open up the boreholes and start grazing these areas,” he said. 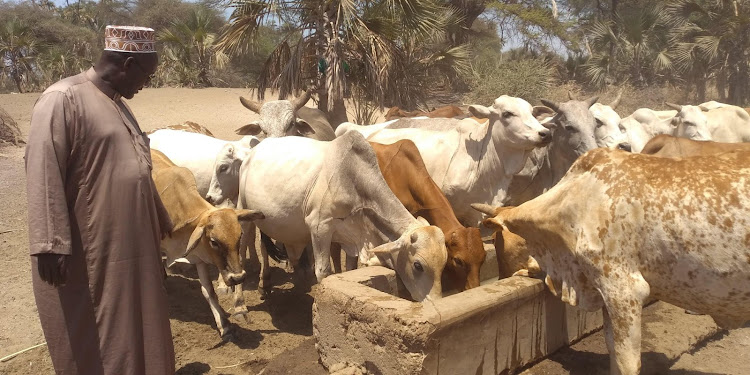 RANGELANDS: Adin Boru a pastoralist from Isiolo county and chairman of Kina Ward Management Committee in one of the boreholes that has been set side for the provision of water during the drought period.
Image: AGATHA NGOTHO

Abshiro Muhammed from Kina in Isiolo county said women and children are most affected by drought, but now the project has ensured children are going to school.

This is because they no longer have to travel long distances in search of pasture, he said.

Muhammed said in the past, women would follow their husbands when they left with the animals in search of pasture. However, due to the planned grazing areas, women now have time to engage in other income-generating activities like selling vegetables and tomatoes in the local market.

“This has even solved household conflicts as men would go for days in search of pasture for their livestock and sometimes this would bring conflict in the homes. They are now getting enough milk and meat and their children’s nutrition is good,” Muhammed said.

She said women have been able to join small groups where they can access loans to not only pay school fees but also start small businesses.

Adan Abdi, the field coordinator with ILRI-AVCD in Isiolo and Marsabit, said the participatory rangeland toolkit is one of the interventions the AVDC programme is supporting in Isiolo, Marsabit, Wajir and Turkana.

“It brings in the need for the community to plan and manage their rangeland resources.

"In the past years, communities were not managing their rangeland so when droughts came, there were livestock losses and the land was degraded.

"The approach seeks to ensure that communities plan their rangeland resources so that once drought comes, they are not hit by this shock again,” he said.

Abdi explained the model focuses on how communities manage and plan their grazing, rangeland governance issues, how to work closely with neighbouring communities and better manage their rangelands.

He said most of the conflict in the communities in the ASALs is resource-based and the PRM approach also seeks to tackle these issues, by working closely with the county governments.

Studies indicate that over 75 per cent of cattle herds are kept by pastoralists who supply the bulk of meat consumed in the country.

However, rangelands, which make up more than 80 per cent of the Kenyan landmass, are faced with numerous challenges that undermine livestock production.

These challenges include diminishing rangeland resources due to frequent and severe droughts, environmental degradation due to high incidences of overstocking and unplanned grazing.

Abdi said for decades, the state of rangelands has been deteriorating, with serious implications on the health of livestock that depend on them for grazing, the livelihoods of millions of pastoralists who depend on livestock and the Kenyan economy at large.

He said over the last two years, the PRM toolkit has helped the implementing partners to rehabilitate close to 3,459,475.3 acres of rangelands in northern Kenya.

Abdi said Asal counties have been having a recurrent drought in the past and pastoralists used to lose a big size of livestock to drought.

But this year, thanks to the planned grazing model, there have been no reports of livestock deaths in Isiolo and other counties.

The group urged the Treasury CS to work for the people instead of playing politics.
News
1 year ago
Post a comment
WATCH: The latest videos from the Star
by AGATHA NGOTHO Science Writer
North Eastern
06 September 2021 - 22:00
Read The E-Paper