The programme brought together Muslim and Christian clerics from Garissa and Isiolo Counties together with the University fraternity that suffered one of the worst terror attacks in April 2, 2015 that saw 148 people majority of the students killed by Al-Shabaab militants.

Addressing the press in Garissa town  after the launch, PROCMURA financé and administration Officer Joy Wandabwa said that the Garissa University chapter will be a role model to other institutions of higher learning that they intend to launch. 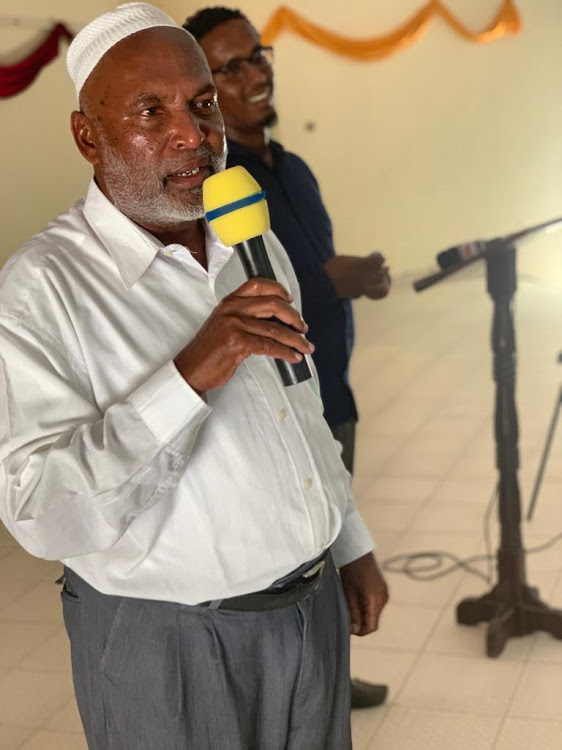 A Garissa-based NGO on Friday launched a campaign to address radicalisation and violent extremism among youth.

Programme for Christian-Muslim Relations in Africa (PROCMURA) said the Garissa University chapter will target youths in higher institutions of learning.

The launch was preceded by a procession through the streets of Garissa town by both Garissa University students in a process that also marked the International Peace Week. They waved placards carrying peace messages.

Addressing the press in Garissa town after the launch, PROCMURA finance and administration officer Joy Wandabwa said they intend to launch more chapters in other universities.

Muslim and Christian clerics from Garissa and Isiolo counties were present alongside leaders of the college. Garissa University is a victim of terror attacks after al Shabaab militants stormed the institution on April 2, 2015 and killed 147 people.

“We want to see how we can help our youth prevent radicalisation and violent extremism,” Wandabwa said.

“This programme is aimed at raising awareness and going forward, we want to see the same replicated in our secondary and primary schools.”

Speakers stressed the need for Muslims and Christians to work together to demystify propaganda peddled by radical groups that hide behind religion to execute devilish plans.

The chairman of Isiolo inter-faith network Ibrahim Set said violent extremism should not be associated with any religion.

“We know their intentions. They should not hide behind our religions by dividing us in order to create bad blood between Muslims and Christians. Both promote peaceful co-existence and not violence as terror groups want us to believe,” Set said.

He said terrorism has derailed the economy of Northeastern and it was enough reason for clerics from both sides to join hands with security agencies to kick out al-Shabaab militants and their sympathisers.

He asked the youth to be wary of extremists groups, saying they only peddle false promises.

“Our girls are enticed only to be used as prostitutes. There is nothing these groups are offering to our youth apart from misery and torture,” Set said.

He urged those who crossed over to Somalia to join the terror to return, saying clerics and the government were working closely to integrate them into society.

“Don’t be misled that you will be killed when you return. You are safe to return home and we are ready to help you assimilate,” he said.

Bishop Stephen Kalunyu stressed the need for Christians and Muslims to maintain a good working relationship noting that it was important for dialogue.

“Al-Shabaab and other radical groups are out to create enmity between Christians and Muslims. The earlier Kenyans internalise these the better for us to guard against being dragged into groups of evil agenda,” Kalunyu said.

Garissa University deputy vice chancellor in charge of academics and students affairs Prof Hussein Golicha thanked the NGO for the initiative, saying it was timely as the university comes to terms with the worst terror attack ever.