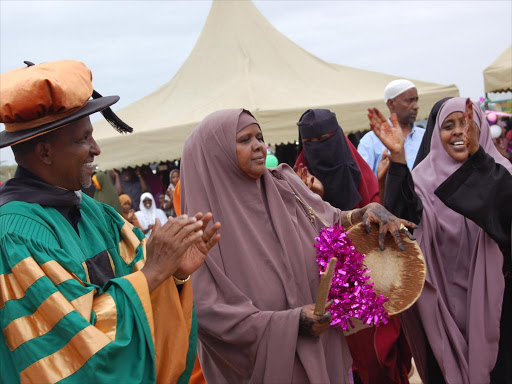 Ruling on a technicality, the court said students are not free to wear hijab in non-Muslim schools said schools can decide their dress codes.

Duale said on Saturday the Constitution protects their children’s rights to wear hijab in in school and no court can take that away.

The Supreme Court on Thursday overturned a Court of Appeal ruling that allowed Muslim students to wear hijabs in public and church-run schools.

St Paul’s Kiwanjani Secondary School in Isiolo had suspended students in 2014 for wearing the head covering, which many consider a religious obligation.

The apex court ruling has attracted sharp criticisms from the Muslim faithful and clerics. They say it was unfair and violates their religious practice.

On Saturday, Duale accused the Supreme Court of ignoring the right to freedom of worship provided by the Constitution. He appealed to Muslims to ignore the ruling.

“Who are Supreme Court judges to order on hijab? They should be aware that they are a creation of the Constitution that has also given every Kenyan the right to worship,” Duale said.

“We Muslims will continue to have our children in school with hijab.”

The Garissa Township legislator said Kenyans of all faiths have the right to hold true to their religious edicts and Muslims are no exception.

He urged the Supreme Court to concentrate on election disputes — not emotive issues such as religion.

Separately, Supreme Council of Kenya Muslims national organising secretary Abdullahi Salat hit out at the Supreme Court. He cautioned that Muslim students and pupils should be allowed to wear hijab without any conditions.

“Muslim leaders will meet this week on the way forward. This is a weighty religious matter close to our hearts. We are await a response from the NCCK. We hope reason prevails,” he told the press in Garissa town.

“If the situation is not corrected, we’ll have no choice but to mobilise all Muslim organisations, who are members of the inter-faith, group to pull out ... it makes no sense when our rights are trampled on.”