The reopening has stalled despite President Uhuru Kenyatta inspecting it thrice last year, ahead of the commissioning.

• Initially, Green park was meant to be commissioned on May 24, but was postponed. 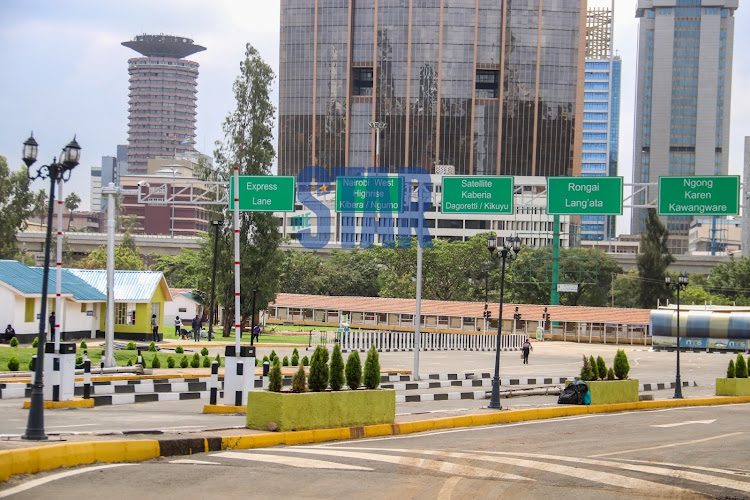 The Nairobi Metropolitan Services will yet again conduct another test run at the Green Park terminus ahead of its commissioning.

The test run which is set to happen in phases will take place next week, Wednesday, June 22 will start at 5 am, until late in the evening

NMS Director for Transport Michael Ochieng on Thursday announced that all matatus stationed at the Railways bus stage will take part in the test run.

“We will start the operational of Green park this month in two phases. This phases will be on trial basis ahead of the main commissioning and all vehicles in the railway station will take part in the trial basis from 5: 00 am,” he said.

Initially, Green park was meant to be commissioned on May 24, but was postponed.

The lieutenant general Mohamed Badi-led administration said the postponement follows a request for an extension by public service vehicles operators.

The opening was to see all matatus plying Ngong and Argwings Kodhek roads end their journeys at the terminus starting May 24.

Three days later, matatus plying the Lang'ata Road route would have moved into the terminal.

NMS had said in March that it planned to relocate all matatus from the city centre from this month, starting with those designated to move to the Green Park terminus.

The terminus, located at the former Lunar Park, can accommodate between 300 and 350 vehicles at any one time, processing about 1,000 PSVs per hour and up to 20,000 per day.

The national government entity had also announced that only three matatus per sacco would be allowed to access the terminal at any given time.

The reopening has stalled despite President Uhuru Kenyatta inspecting it thrice last year, ahead of the commissioning.

Green Park is among six other termini that NMS has set up for Sh350 million to be official pick up and drop off points once matatus are barred from the Central Business District.

But Green Park is the biggest and will host matatus plying Ngong Road and Lang’ata routes.

The first attempt to open the terminal was in December 2020, where NMS announced it was ready but went on to postpone it.

According to NMS director general Mohammed Badi, construction designs and consultation with stakeholders were among some of the challenges that caused delay in completion of the terminus.

Matatu owners faulted NMS for failing to consult them on the matter.

NMS had earlier said the delay had been occasioned by the construction of the Expressway.

Also the feedback from the test run is said to have caused further delay as some issues had to be fixed.

The first test run on April 27, 2021, was filled with confusion and frustrations.

The three-hour test run, which commenced at 6 am was aimed to observe how matatus will drop off commuters at the terminal.

After the second test run NMS said some adjustments in terms Covid-19 safety measures and furniture to ensure matatus are not damaged while making a U turn to drop off passengers had to be done.

However, NMS is optimistic that next week's test run will run smoothly with minimal interruptions

“Our team will position themselves at the correct position for the rehearsal and we expect a seamless flow of events,” Ochieng added.

Matatu owners fault NMS for failing to consult them on the matter, say project was destined for 'an epic failure'
Counties
1 month ago

Industry players fault government for trying to edge them out of business.
News
1 month ago

They say they were denied participation despite being key players in the sector.
News
1 month ago
WATCH: The latest videos from the Star
by MAUREEN KINYANJUI News Reporter
Nairobi
17 June 2022 - 13:43