The move will end a four-year row between the Nairobi county government and state agency.

•The debt had resulted in a shortage of drugs in some health facilities.

•Last May, the Nairobi county assembly through a Supplementary Budget had allocated Sh374.9 million to clear the outstanding Kemsa debt. 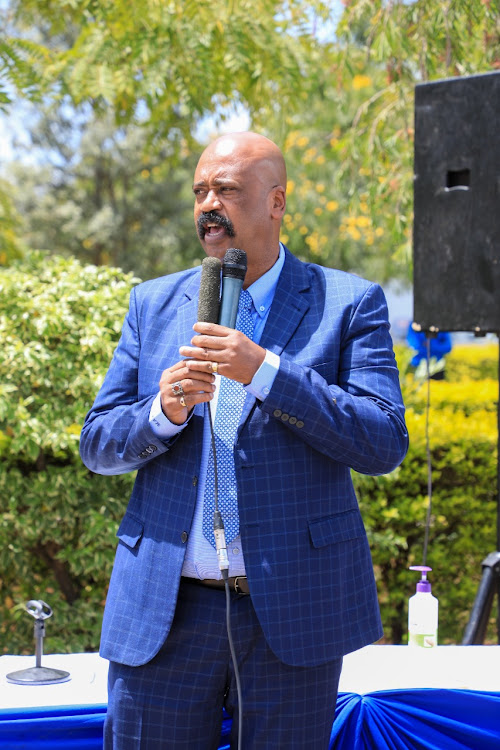 The Nairobi Metropolitan Services has cleared Sh195 million of an outstanding debt owed to the Kenya Medical Supplies Authority.

The move will end a four-year row between the Nairobi county government and the state agency.

The debt had resulted in a shortage of drugs in some health facilities.

Kemsa’s acting chief executive officer John Kabuchi said despite the payment, there is still an outstanding debt of Sh187 million.

“We continue to engage and remain optimistic about the speedy settlement of the same,” Kabuchi said in a statement.

He said currently, the authority has no valid Local Purchase Order from NMS.

This is besides the last supply being undertaken around December 2020 to January 28, 2021, to all NMS facilities.

Last May, the Nairobi county assembly through a Supplementary Budget had allocated Sh374.9 million to clear the outstanding Kemsa debt.

The allocation has raised questions about where the funds were diverted if Kemsa had not received any money.

The County Assembly Budget, Finance and Appropriation Committee chairman Robert Mbatia had earlier said the executive said the money was paid, but confirmation documents have not been received.

Kemsa and the county government have been embroiled in a tussle over this debt since 2017.

That year, the authority stopped supplying medicine to Nairobi county hospitals over Sh285 million in debt, forcing patients to buy drugs and other medical supplies from private hospitals and chemists.

It took the intervention of President Uhuru Kenyatta and former Health CS Sicily Kariuki for Kemsa to resume supplies in 2018.

However, the tussle arose again in 2019 when former Governor Mike Sonko announced it was considering turning to other drug suppliers to stock its health centres, accusing Kemsa of being unreliable.

The debt then stood at Sh300 million.

However, in October 2020, City Hall paid Sh166.9 million to the agency to offset part of the then Sh353 million debt.

Out of this, Sh120 million was to go towards settling the debt while Sh46 million was for a fresh supply of medicine to county health facilities.

This is after Kemsa said out of Sh2.8 billion owed to them by seven counties, Nairobi topped the list with Sh353 million debt.

After the payment, Kemsa made Sh66.93 million supply to the top four county hospitals including Mama Lucy Hospital, Pumwani Maternity, Mbagathi and Mutuini, and other health centres across the capital.

Badi has ordered expeditious finalisation of all due promotions for all health care workers under the entity.

He said they should take place in two weeks.

Badi said it was inhumane for healthcare workers to stay in the same cadre for over 10 years with no single promotion.

Since its inception, NMS has recruited 5,800 nurses who have played a great role in fighting the Covid-19 pandemic and assisting with service delivery

NMS said all health workers have received their pay in time, facilitating seamless operations in hospitals.

This has eliminated the insistent strikes by nurses which had become the order of the day in the past years.

Kemsa says no payment for supplies to 80 health centres, 3 hospitals for 16 months.
Counties
10 months ago

Crisis hits city as county hospitals run out of drugs

City Hall owes millions of shillings in pending bills to the Kenya Medical Supply Authority.
News
10 months ago
“WATCH: The latest videos from the Star”
by MAUREEN KINYANJUI News Reporter
Nairobi
17 May 2022 - 22:00