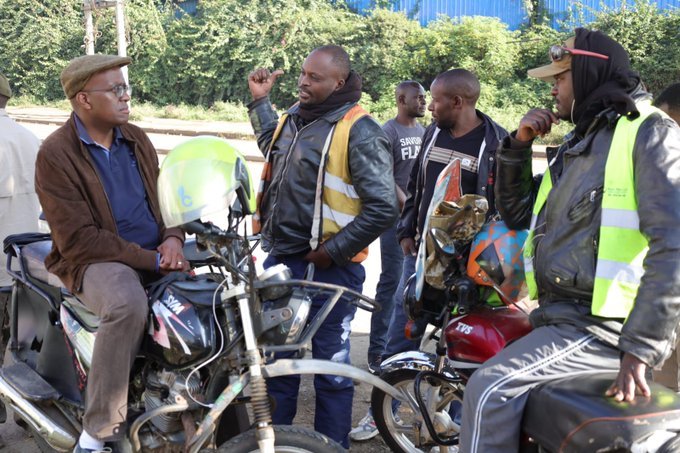 During the election season, it's common for political parties and aspirants to campaign using printed materials, vehicles and soundtracks, particularly in Nairobi.

Nairobi gubernatorial aspirants have demonstrated their unique style to lure residents to vote for them.

“Man solo" is Igathe’s tactic to convince residents to vote for him as the county’s fourth governor.

Igathe said he will not campaign with big rallies, terming them  nonsensical trivia of song and dance.

He dissociated himself with the populist approach employed by many politicians and chose to hunt for the votes by conducting door-to-door mobilisation.

"My campaign is not about me that's why you are not going to see my face on billboards staring at you. I will use public participation strategy in line with my campaign slogan, 'Nairobi mwataka nini?' Igathe said.

His style of campaign has, however, elicited mixed reactions on social media as his videos and pictures go viral.

Attempting to relate with the common man, Igathe has boarded a matatu, City Hoppa bus and a public train, where he sold his vision to commuters.

The former Equity chief commercial officer has also blended with the mama mboga, those selling boiled eggs and chapati and meat vendors in the city.

"Niaje boss, nataka kukununulia chapati, wacha leo ninunue na naomba kura yako, (How are you sir. I want to buy you chapati today and I'm asking for your vote," Igathe said in a conversation with a street vendor.

After visiting Marikiti market at 5am Igathe was spotted in a local barbershop freely interacting with the people while getting a haircut.

Defending his style of campaign, Igathe said one gets to understand people better when he goes to them to feel and experiences their issues.

“A good leader knows that he is accountable to his people. If you elect me I won't go into hiding," Igathe said.

"I will serve my people and ensure basic services are well administered and I will create opportunities for the youth."

On the other side, Sakaja has also employed the one-man campaign tactic while also moving alongside Deputy President William Ruto as they transverse the city.

Unlike Igathe, who has not been moving with his deputy,  Sakaja and his running mate Njoroge Muchiri have been holding meetings with various groups in an attempt to understand their plights and offer solutions.

From Roysambu, Zimmerman to Kahawa, the duo promised to restore good governance in Nairobi if elected.

“Our administration will focus on rebuilding the economy of Nairobi to ensure there is competitiveness and resilience of businesses by creating an enabling environment,” Muchiri said.

The duo has been selling their manifesto which entails a city of order and dignity with hope and opportunities for all revealing a handful of promises to residents If they are voted into office.

Last week, Sakaja met Nairobi healthcare workers who urged the hopeful to absorb the 1,600 staff that were hired on contract by the Nairobi Metropolitan Services.

Through the Kenya National Union of Nurses, Nairobi branch, the professionals raised their plight, called upon Kenya Kwanza team to solve it if elected.

If elected, Sakaja promised his administration would ensure funds are made available to rescue health facilities from running out of commodities and finance for essential services.

He also pledged to absorb the medical staff into the leadership under his administration.

“The sacrifices of health workers is not appreciated enough. You put in so much and receive so little. Health is the most important devolved function and no governor should put it in the periphery,” he  said.

Decentralisation being top of his priorities, the duo will divide Nairobi into four boroughs and appoint city managers for each.

This will assist in dealing with the direct needs of every part of Nairobi.

He explained not all services are accessible to residents with some areas being given priority over others.

"Nairobi is big with 17 subcounties and 85 wards and I have plans to devolve services up to the ground," Sakaja said.

"We will decentralise Nairobi into four boroughs and appoint city managers for each. This will assist in dealing with the direct needs of every part of Nairobi." 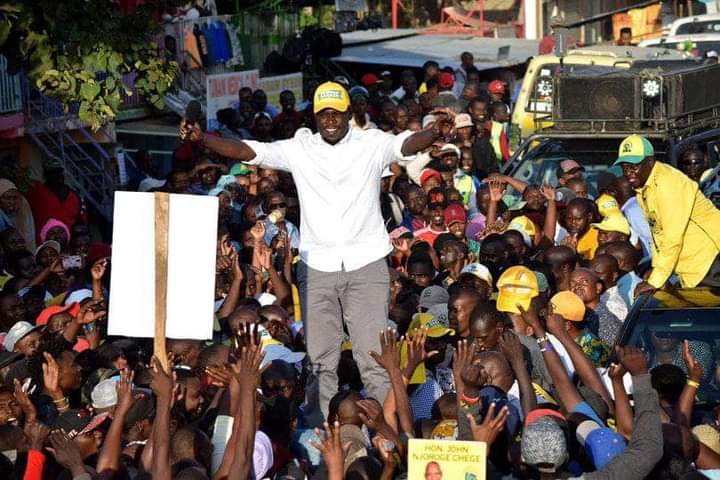 Sakaja is leading with 46.6 percent of those polled
News
3 months ago

8.4 percent of the respondents said they will not vote.
News
3 months ago

How I will restore order in chaotic CBD — Igathe

Igathe says he will work to create proper structures to accommodate hawkers and businesses
Counties
3 months ago
“WATCH: The latest videos from the Star”
by MAUREEN KINYANJUI News Reporter
Nairobi
16 May 2022 - 22:00