The sorry state of slum hospitals recently launched by Uhuru

NMS admitted that some facilities lacked PPEs and basic drugs.

•Out of the six hospitals, only Ushirika, Kayole, and Kiamaiko are fenced partly due to their location.

•The health workers explained that they felt safe only during the day. 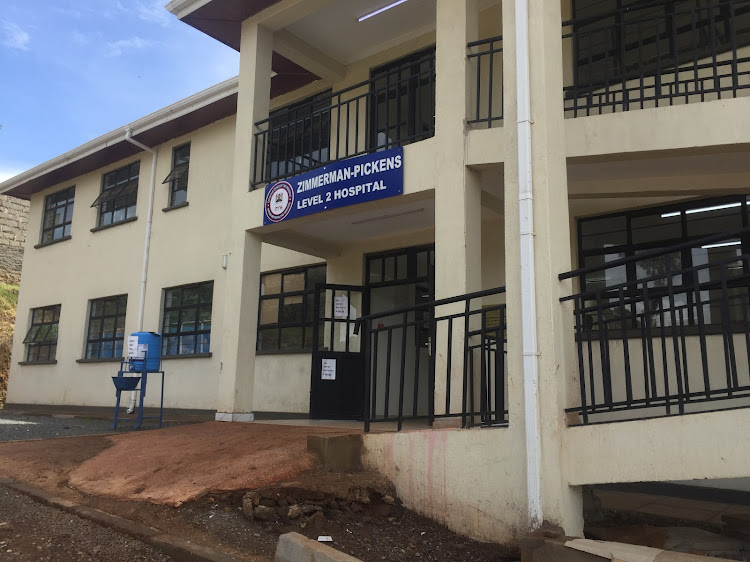 It was glamorous during the launch of the hospitals built in Nairobi's informal sectors by the Nairobi Metropolitan Services.

President Uhuru Kenyatta commissioned the Level Two and Level Three hospitals last year to cater for the needs of residents in the informal sector.

But the 15 hospitals are facing many challenges since their launch even as the number of outpatients visiting the facilities continues to increase.

Most of the patients from the slums suffer from diabetes, diarrhoea, bronchitis, high blood pressure, among other diseases, due to their lifestyles.

However, a site visit by the Star in six hospitals showed that the facilities lacked security, neglected workforce, lacked equipment and basic drugs.

Out of the six hospitals, only Ushirika, Kayole, and Kiamaiko are fenced partly due to their location.

Ushirika is built inside a primary school, Kayole is built next to a police station and Kiamaiko is inside a compound containing the ward administration's office.

Zimmerman Pickens hospital located in Zimmerman is not fenced despite it being located within a gated community estate.

The situation is the opposite for the other two hospitals, Ngomongo and Mukuru kwa Reuben, where security is a challenge. They are all not fenced.

An employee who sought anonymity said security was a concern, and they had raised the issue, but nothing had been done.

The health workers explained that they felt safe only during the day.

“You can imagine the facility is meant to be operational for 24 hours, but as front line workers, we don't feel safe. There is no perimeter wall surrounding this facility,“ said the worker.

“We have very expensive equipment which costs millions of shillings in this building, but the facility is not fenced,” the worker added.

But NMS argued that the construction of the perimeter wall had started after requesting tender documents.

“These are new health facilities that have recently been constructed under the Presidential Directives. The directorate of health requested the documentation and preparation of designs and bills of quantities (BQs) for the construction of perimeter walls,” NMS said.

NMS said the Directorate of Service Delivery and Compliance had started the construction of perimeter walls at the Ngundu -Kamulu Health centre.

The facility in Tassia, expected to serve at least 320,000 residents, operated for 24 hours a day for only one month.

In November, Director of Health Services at NMS Ouma Oluga acknowledged that the hospitals faced insecurity due to their location.

He appealed to the Interior Ministry to ensure the facilities are secured to operate 24 hours a day. 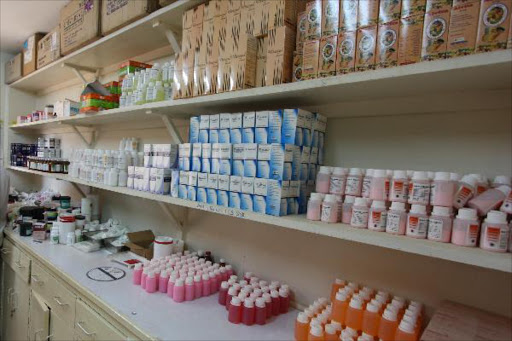 The situation is not different in Ngomongo hospital, which was the last to be commissioned by Interior CS Fred Matiang'i and his Health counterpart for Mutahi Kagwe in September.

Vincent Onsongo, the nurse in charge at Ngomongo hospital, said the hospital operates from Monday to Friday.

“The issue of security is not only a threat to the expensive equipment available at this facility but also to our lives,” he said.

When reached for comment, NMS told the Star that it had initiated a procurement process for outsourcing the security services in all our health centres.

“The Directorate of enforcement has been requested to temporarily post officers to these facilities as we await the completion of the procurement process,” reads the statement.

NMS also argued that the Nairobi Regional commissioner had been requested to enhance patrol in areas where the new facilities are located.

The biggest challenge the facilities faced is the lack of basic drugs.

During the tour of the hospitals, it was evident that most patients flock to the facilities in the morning, however, they don't get all the services they need.

Mothers with newborns appear to be lucky as the immunizations and checkups for the babies have not been interfered with.

“Patients are disappointed when we tell them to go pharmacies outside to purchase drugs,” Osongo said.

NMS admitted the hospitals lacked some medicines since they had been relying on donations.

“The hospitals have not had drugs which is the situation across the county. Been relying on some few donations,” NMS said.

According to Kemsa, NMS has not received any medical supplies order for the new hospitals, with the last supply made to more than 100 county health facilities on January 28, 2020.

“Kemsa has not received any order for the new hospitals. We have no valid local purchase orders from NMS. The one that came in the last financial year was not supplied due to the huge outstanding debt,” Kabuchi said.

No power back up

The slums are prone to electrical faults due to illegal connections within the area.

According to the health workers, the frequent outages have affected the service delivery, and they even stopped vaccinating residents.

NMS said they had budgeted for it in the next financial year.

“Currently, the hospitals don’t have any backup generators in case of power interruptions. The same has been budgeted for in the next Financial Year," said NMS.

The Healthcare workers at the hospitals revealed that they had not been given adequate Personal Protective Equipment (PPEs).

“If we lack gloves how are we supposed to handle patients, especially mothers who come to deliver newborns?" Posed one of the staff at Mukuru kwa Reuben.

The health worker claimed that detergents, disinfectants, washing equipment are also scarce at the facilities.

Surprisingly, NMS admitted that the facilities lacked PPEs. “The workforce still do not have adequate PPEs. Been relying on donations mostly the Ministyr of health.”

Who is to blame?

NMS Director-General Mohamed Badi noted that they faced a financial crisis which resulted in some of the challenges facing the health sector.

“I am aware that there is a problem as far as finances are concerned, but we are working with the county government and treasury to solve the problems one at a time,” he said.

“We have tried our best to even expand on new facilities. The cash crisis affects the whole country due to Covid-19 pandemic,” Badi added.