The capital city and business centre has at least 104,074 children who are stunted

• The problem can be eliminated by breastfeeding for at least the first six months. 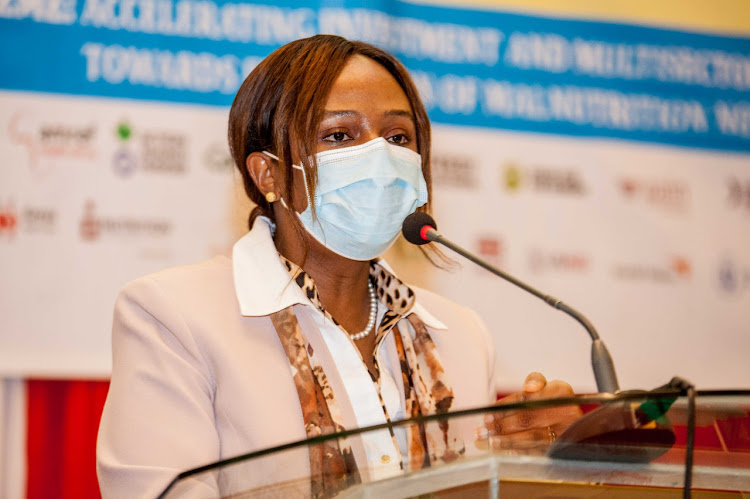 It's ironic but Nairobi, the capital and business centre, has the country's highest number of stunted children.

Health Ministry data shows Nairobi has at least 104,074 children who are stunted.

Experts are concerned about the high prevalence of children who are stunted in counties that are least expected to have the problem.

Stunting is not just being short for one's age. Stunting is the impaired growth and development that children experience, mostly from poor nutrition.

Other counties of concern are Kakamega and Nakuru that have 88,297 and 83,153 children who are stunted, respectively, despite these counties being agriculture-rich zones.

High levels of stunting have been attributed to inadequate infant and young child feeding practices. Notable is the failure by mothers to breastfeed exclusively from the first hour of birth for at least six months.

Breastfeeding is the answer to the problem.

“Twenty-six per cent of the children in Kenya are stunted. These children are all over this country, and the most unfortunate thing is they are in the counties where you don't expect it," nutrition expert Rose Wambui said.

Some counties have agriculturally potential like Bomet, Uasin Gishu, Nyandarua and Kitui, she said.

Wambui is the Nutrition officer, division of Nutrition and Dietetics at the Health ministry.

“In some of these areas, you might never ever know why the stunting levels are high. But when you look at the childcare practices and the infant feeding practices, you will agree that here is where we need to put more effort," she said.

Being short for their age affects brain cell development. When that is affected, the child will never grow to their potential height.

"They will never achieve their intelligence as they would have if they had no malnutrition and stunting," she said.

Children of mothers who did not complete primary school or who have no education are more likely to be stunted at 34 percent and 31 percent, respectively.

This contrasts with the children of mothers with a secondary or higher education at 17 per cent.

Kenya is experiencing the triple burden of malnutrition, along with undernutrition (stunting, underweight and wasting), overnutrition (overweight and obesity), as well as micronutrient deficiencies also known as 'hidden hunger'.

The World Health Organization lists the underlying causes of malnutrition as food insecurity. This includes food availability, feeding and care practices at the individual, household and community level, environment and access to and use of health services.

Although trends in household food security (availability, accessibility and stability) have generally improved over the last three decades in Kenya, food insecurity persists.

Other factors are the effects of climate change on mainly rain-fed agriculture and a decline in the resilience of pastoral livelihoods, especially in the Northern Frontier counties.

The food security situation is affected by seasonality, with rapid deterioration during drought years resulting in emergency levels of acute malnutrition.

Post a comment
WATCH: The latest videos from the Star
by MAGDALINE SAYA REPORTER
Nairobi
04 August 2021 - 22:00
Read The E-Paper