The water disruption followed massive landslides in the Aberdare Forest

• Water reached the Kabete reservoir between 11pm and 12pm on Friday it is expected that the supply to the affected estates will stabilise this week. 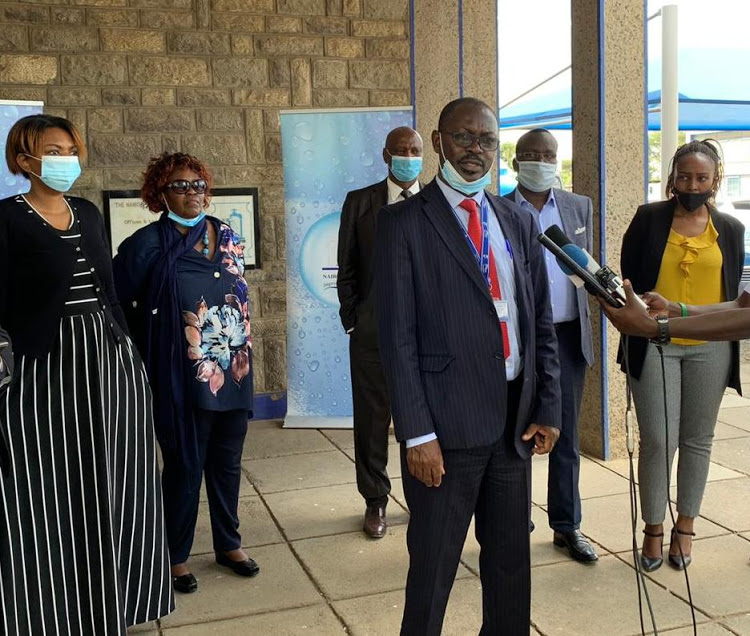 REASSURANCE: Nairobi City Water and Sewerage Company Ltd managing director Nahashon Muguna. Yesterday, he reassured Nairobi residents that their supplies will stabilise before the end of the week. Image: COURTESY:

Water started flowing in Nairobi homes on Monday after repairs were completed on the pipeline from Sasumua dam.

This ended a three-week session of dry taps since the water supply disruption on May 8.

The disruption followed massive landslides in the Aberdare Forest that destroyed the pipelines.

“The pipes have been laid and the thrust boxes are being finalised as we speak,” Nairobi Water and Sewerage Company managing director Nahason Muguna told the Star by phone.

The company had on Friday said the dam, situated in Nyandarua county, would be recommissioned at the weekend. It discharges 61,000 cubic metres per day.

According to Muguna, water reached the Kabete reservoir between 11pm and 12pm the same day. He assured residents that supply to the affected estates will stabilise this week.

However, the rationing cycle will be maintained, he said.

As a result, water is rationed due to the 275,000 cubic metre deficit.

Unfortunately for Nairobians, the Aberdare Forest landslides also forced the shutdown of the  Ng'ethu plant, leading to a near 100 per cent disruption.

These areas will henceforth receive water with low pressure during supply days under the water rationing programme.

The repair job involved re-routing of the water pipeline to avoid a recurrence of  the problem. This was the third time the pipeline was damaged by landslides.

The landslide damaged 600 metres of the main pipeline from Sasumua to Nairobi.

The pipeline repair and re-routing job was a combined effort of the Ministry of Water, Athi Water Works Development Agency and NCWSC engineers.

The engineers laid 3.5 kilometres of pipeline. The job is estimated to eventually cost Sh362 million.

Why some Nairobi estates' taps will remain dry

Sasumua water supply was interrupted on May 8 following a landslide in the Aberdare Forest.
News
1 year ago