• Magelo and some Othaya Road and Kuria Close residents in the upmarket area have been up in arms with the construction of the building.

• But Detiland Ltd has now come out guns blazing, asserting that the project was above board contrary to the former speaker’s claims. 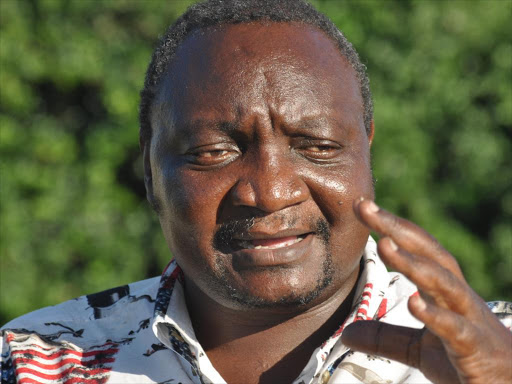 Detiland Ltd has clarified that it followed due process and obtained all the necessary approvals from all relevant county and national government authorities.

Magelo and a section of residents of Othaya Road and Kuria Close in the upmarket area have opposed the construction. They say the county government violated zoning policy of the area that only allows buildings with a maximum of four floors.

"Why did the County Planning committee give Detiland Ltd approval to build apartments on a plot without a sewer connection, let alone [building] a 15-storey one?” Magelo protested in a letter to the county dated February 28, 2020.

But Detiland Ltd has now come out guns blazing asserting that the project was aboveboard, contrary to the former speaker’s claims.

It said it obtained all the necessary approvals from the county, the National Environment Management Authority and the National Construction Authority.

Through its lawyer, Brian Otieno, Detiland explained that it applied for and dully obtained a change of user certificate from the county government effectively allowing a 15-floor building.

"Our client made an application for change of user on December 10, 2018, from a single dwelling to multi-dwelling and the change of user approval was issued by the Nairobi City County Government on January 11, 2019,” Otieno said.

The lawyer further explained that Detiland Ltd prepared an environmental impact assessment study report and submitted the same to the National Environment Management Authority on March 1, 2019.

Nema then subjected the document to public scrutiny through a notice in both the Kenya Gazette and the Star Newspaper and classifieds on Ghetto Radio, inviting them to submit comments on an EIA for the proposed residential apartment.

The said advertisements incorporated the anticipated environmental impact and proposed mitigation measures. The developer, the lawyer said, also held a public participation meeting and outlined measures to mitigate any bad environmental effects of the building.

"The issues raised at the public participation meeting were discussed at length by everyone present. The responses to the concerns and objections raised by the neighbours and stakeholders were addressed by a representative of Nairobi county government," Otieno said.

"Furthermore, Nema county director sought to assure residents that it would enforce any complaints raised, which showed that our client had violated any condition set out in the Nema Licence.

"After the public participation meeting, the residents of Kuria Close who had raised an objection wrote to Nema and Nairobi city county's City Planning Department expressing their full satisfaction with the proposed development and fully supported its implementation."

The developer also submitted the approval for Foul Sewer line connection from Nairobi City Water and Sewerage Company to Nema.

“Our client upon fully complying with all the requirements prior to the proposed development was issued with an environmental impact assessment licence No.NEMA/EIA/PSL/8261 dated July 17, 2019,” the lawyer said.

Last week, Nema director general Mumo Mumo said it approved the project based on the recommendation of the county government and appeared to blame City Hall for what it termed a piecemeal change of user.