The road is to eat into sections of the park and alter its boundary.

• The park was gazetted in 1946 by the colonial government.

• The 4.153km access road will run from Nairobi Inland Container Depot to the Southern Bypass near Wilson Airport. 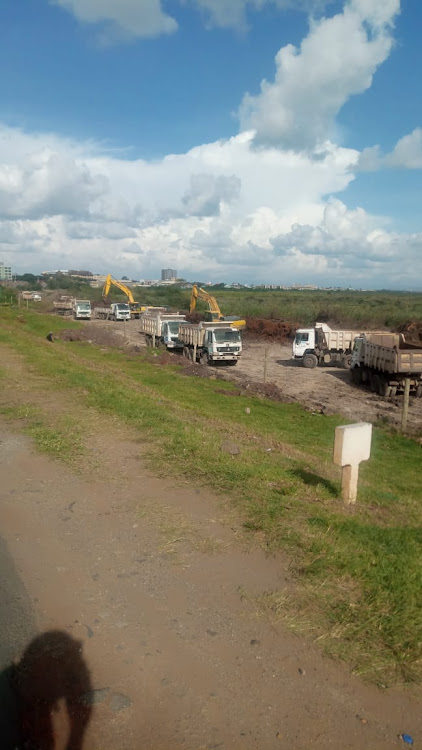 The construction of the road that cuts through the Nairobi National Park is ongoing.

Initially, plans by the Kenya Railways to build an access road linking the Nairobi Inland Container Depot to the Southern Bypass along the boundary of Nairobi National Park drew opposition. The road has eaten into sections of the park.

Ole-Sereni Hotel Group general manager Karl Hala had said allowing the project to go on spells doom to the park. Hala had lodged a complaint to former Nema director-general Geoffrey Wahungu in a letter.

"The particular area of the park that the Kenya Railways plans on utilising is filled with game, particularly dik-diks, ostriches, antelope and gazelle, among others. It is highly popular with individuals and groups visiting to enjoy the abundance and diversity of game and birdlife," Hala said.

Despite opposition from a section of environmentalists, the National Environment Management Authority has, however, approved the project. In March 2018, Nema sent a 30-day notice for submission of public comments about the proposed project. The deadline was April 28.

During the submission of comments, a section of environmental experts said the project would have a negative impact on the Park. They said it will result in the loss of habitat and vegetation.

This, they said, would compromise the park's ability to provide vital ecosystem services. Noise from construction would also make wildlife confined in one area.

The 4.153 km access road will run from Nairobi Inland Container Deport, altering the park boundaries on the east and joining the Southern Bypass near Wilson Airport. A person who identified himself as a friend of the park on Friday said, "The proposed project is designed to utilise about 21-metre width by 4,153-metre length of land on the eastern side."

Kenya Railways MD Philip Mainga told the Star on the phone that all the outstanding issues had been resolved. "Road A from Olesereni is ongoing. The road will help decongest Mombasa Road," Mainga said.

The Kenya Wildlife Service said the project has met all legal requirements. "It has been subjected to the Environmental Impact Assessment," KWS acting head of communications Ngugi Gecaga told the Star, adding the size of land eaten into "is not much".

Already, an SGR line is cutting through the park in what conservationists said will cause irreparable damage. The park is the oldest national park in Kenya, gazetted in 1946 by the colonial government.

In the 19th century, the present park was part of an expansive savannah plain in the southern part of the now present Nairobi city.

Final SGR route out, but cuts through park

The government has settled on a new path for the Naivasha route of the standard gauge railway, but it still cuts through the middle of the Nairobi ...
News
6 years ago

Will our oldest National Park survive the SGR?

The Nairobi national park is the oldest National Park in Kenya established in 1946 by the then colonial government. In the 19th Century the present ...
Siasa
6 years ago
Post a comment
WATCH: The latest videos from the Star
by GILBERT KOECH News Reporter
Nairobi
12 March 2020 - 22:00
Read The E-Paper