•Jubilee and PNU parties officially signed a Memorandum of Understanding meant to rekindle the Sakuye-Meru alliance. 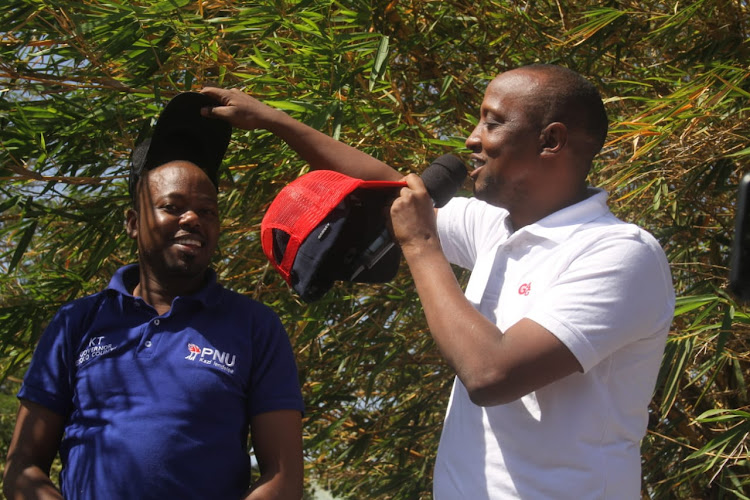 CAPS Jubilee candidate for Isiolo Governor Abdi Guyo with PNU candidate Kenneth Turibu who has stepped down to support him.
Image: MAUREEN KINYANJUI

Agriculture Cabinet secretary Peter Munya who sealed the deal, explained that the President and Raila wanted a Governor who will not subject the people of Isiolo to tribalism.

“I was sent by President Uhuru Kenyatta and Raila Odinga to the people of Isiolo to join KT and Guyo.They sent me to unite them to avoid being beaten by the ‘other’  people,” he said.

CS Munya explained that Uhuru and Raila had Isiolo’s interests at heart and could only be delivered by voting for Guyo who has pledged to have an all-inclusive government representing all tribes.

“Both Uhuru and Raila told me to advise people not to vote for those who are leaning towards one tribe. Their wish is that Isiolo residents vote for the camp which has united all tribes, which is led by none other than Guyo,” he added.

‘What remains is to win the governor seat and the Azimio coalition August 9th victory will be ours. On my side, I don't see any competition in Isiolo. so Guyo. don't worry,” Munya noted. 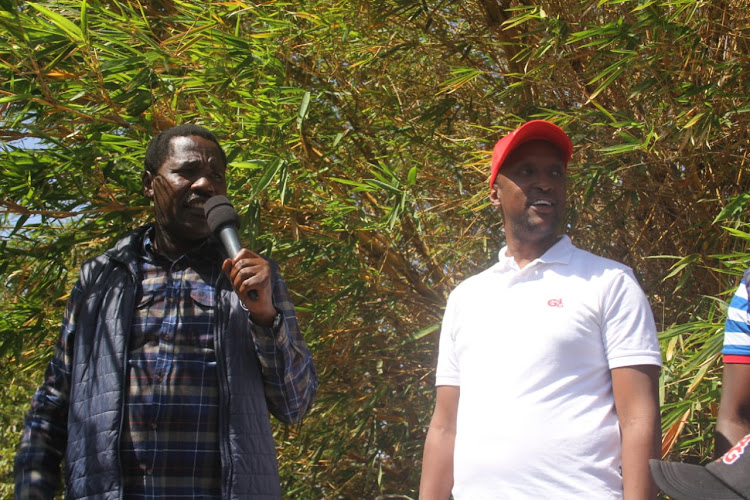 Before holding a mega rally at Isiolo CBD on Saturday, Jubilee and PNU parties officially signed a Memorandum of Understanding that is meant to rekindle the Sakuye -Meru alliance.

If elected to succeed Governor Kuti, the Ameru community will be allocated two county executive slots and three chief officer posts while the Garre community will get one  slot in Guyo’s Cabinet.

Munya announced that Turibu will be given a Chief Administrative Secretary position in Raila’s government.

He added that the agreement will be deposited with the Registrar of Political Parties to ensure strict compliance.

“We have done research and established that if we do not organise ourselves (as Azimio) we could lose to the former Governor who has joined Deputy President William Ruto’s camp,” Munya said.

After the meeting, they all proceeded to Isiolo town for a major rally where it was song and dance as hundreds of Azimio supporters assembled.

While drumming up support for Guyo, Turibo popularly known as KT, assured him that he will deliver a full block of Meru voters come August 9.

He explained that in the spirit of handshake, he agreed to drop his gubernatorial bid to increase the chances of one of the Azimio candidates of clinching the county top seat in the coming elections.

“We realised that all of us (in Azimio) proceeding to the ballot would limit our chances. I have accepted the proposal and asked my supporters to rally behind Guyo,” Turibo said.

On his part, Guyo assured the residents of equality and inclusivity.

Addressing his opponent, the governor hopeful asked him to desist from divisive campaigns bringing tribal clashes into Isiolo.

“To my opponent, Doyo, we are brothers competing for the same seat Voters should not be subjected to a fight because of it as Isiolo needs us even after August 9 therefore no need to bring in hate,” Guyo said

He challenged the former Governor to conduct his campaigns without abuse and hate.

“For all those who abused me, I have forgiven you..“I have no time for abuse but only to work. Yes, I was a street kid, a councillor but now I’m going to become the Governor,” Guyo added. 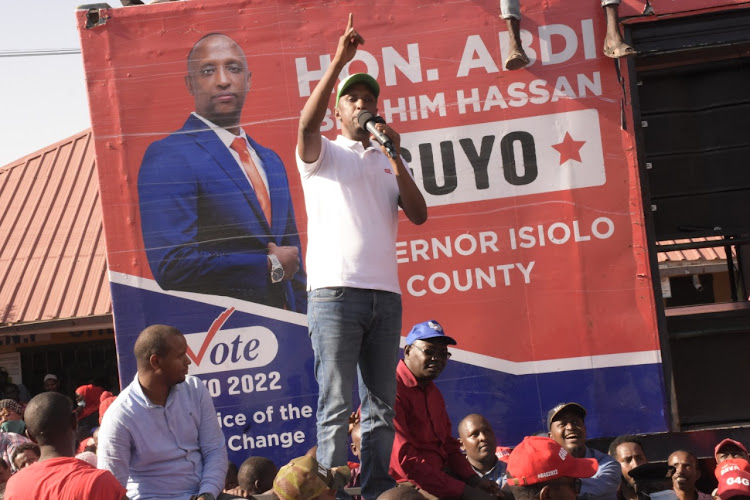 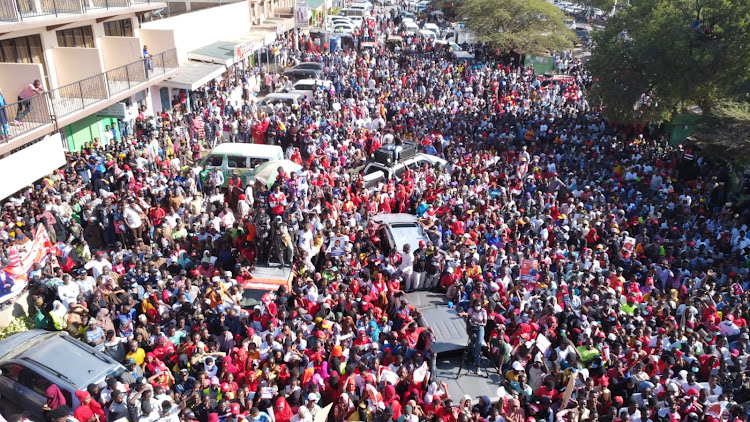 Together with CS Munya and Senator Fatuma Dullo, Guyo drummed up support for Raila Odinga, saying he was the most suitable to take over from President Uhuru Kenyatta.

“If we vote for Raila, we will allow CS Munya to continue serving Kenyans. As Azimio leaders in Isiolo we commit to hold peaceful campaigns that will unite all Isiolo residents regardless of tribe and ensure leadership for all,” Dullo stated.

The 41-year-old city politician has so far received the support of the incumbent Kuti who endorsed him and the Jubilee Party in April.

Guyo who is Nairobi’s Majority Leader had officially announced his run for the Embakasi Central parliamentary seat in November last year.

He has served as Matopeni MCA  and a councillor for  15 years and is a close ally of President Uhuru Kenyatta.

The decision was arrived at after Agriculture CS Peter Munya brokered a deal between the two.
Counties
2 months ago