Says Uhuru should not influence Kenyans on their choice of leaders

• Bishop Nginyi said Uhuru should serve all citizens without discrimination or influence from his political interests.

• “We don’t want to hear the narrative of inheritance politics. This is not someone’s garden and I pray that the president won’t take sides,” he said. 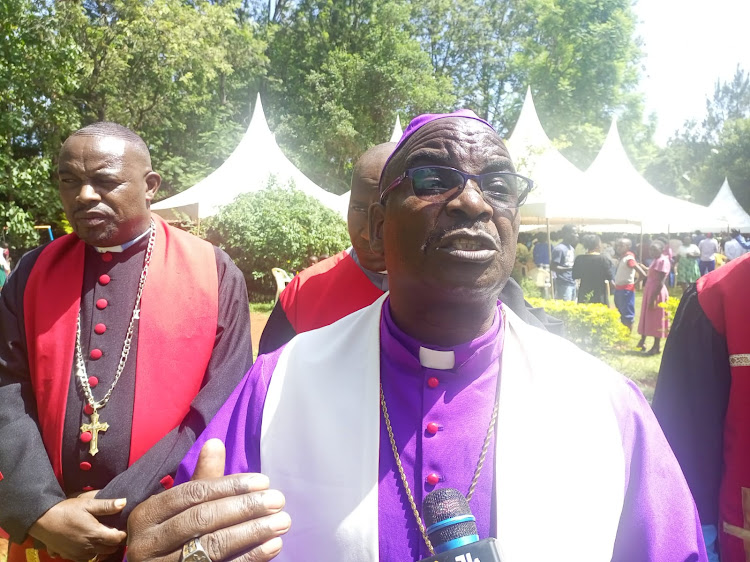 President Uhuru Kenyatta should keep off succession politics because it is likely to cause divisions ahead of the August poll, a cleric has said.

Embu Interfaith chairman Bishop Samuel Nginyi on Sunday said Uhuru should not seek to influence Kenyans on their choice of leaders.

Nginyi, who is also the bishop of the Redeemed Gospel Church in Mt Kenya South, said the President is a unifying figure who serves all citizens without discrimination or influence from his political interests.

“We don’t want to hear the narrative of inheritance politics. This is not someone’s garden and I pray that the president won’t take sides,” he said.

Uhuru hinted he could support Raila Odinga in this year’s general elections. He spoke in Nakuru during conferment of city status when he said people should elect a marathoner not a sprinter.

He said age is not a determining factor and equated leadership to a marathon race.

Uhuru said that youths should not be made to believe older leaders are too old for presidency.

This translates to, "the young generation should reduce their speed. Leadership is not a sprint but a marathon. Older leaders will take slow steps and overtake you (youth) on the road."

Nginyi also urged politicians to distance themselves from inciting remarks during campaigns.

He said it is crucial for politicians to ensure that the country maintains peace before, during and after elections.

The bishop said IEBC should undertake its mandate without favour.

“I want to urge IEBC to stamp authority this time and lock out perpetrators of hate speech,” Nginye said.

The clerics said they will reach out to President Uhuru Kenyatta and asked him to keep off succession politics.
News
3 months ago