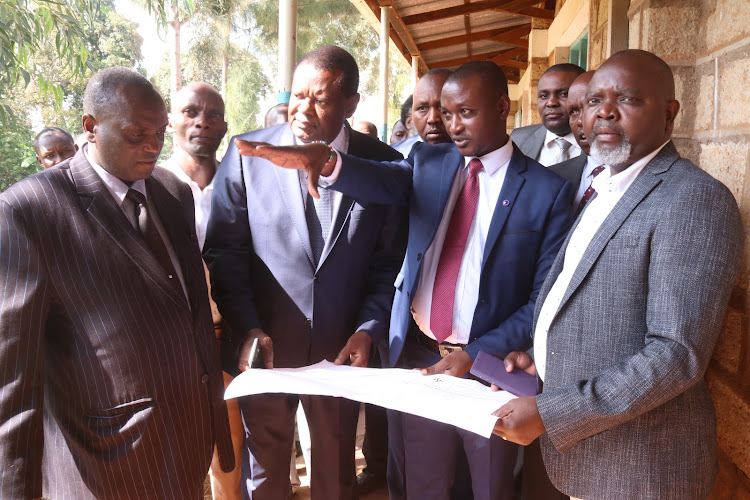 The political war between Meru Governor Kiraitu Murungi and Imenti South MP Kathuri Murungi has shifted to the creation of new subcounties within the constituency.

The lawmaker has blamed the governor for failure to create more subcounties.

The MP cited political differences between him and Kiraitu as the main hindrances to the creation of the two administrative units.

Kathuri said in 2017, during a public participation forum, residents proposed the creation of three subcounties. The subcounties however, remain a pipe dream.

He said a heated debate created animosity between him and the Meru chief of staff Gideon Kimathi.

Kathuri questioned how constituencies like Igembe Central, Igembe North and Tigania East which are less populated than his constituency, got two subcounties faster than South Imenti.

“I will present this petition to Parliament to conduct further inquiries on the main hindrance to gazetting Nkuene/Mitunguu subcounty and Igoki division.

"We have a population of more than 206,000 people and constituencies with less than 100,000 have new subcounties.

"When I sought answers at the ministry, I was told a powerful individual blocked its gazette notice claiming his political relevance and ambition will be killed if gazetted,” Kathuri said.

The legislator said his people have lost about 500 job opportunities that would favour residents if a new subcounty was created.

"I will fight for it. Those who thought it was over, it is not yet. We are disadvantaged. We are now going to play it rough for our people to benefit. If I will go home because of it, I will be a satisfied man," Kathuri said.

Nkuene MCA Martin Makasi and Senate aspirant Mwiti Kathendu said residents should vote out leaders who do not support the creation of a new subcounty.

Igoki council of elders chairman Ken Uji said the elders have fought for the division for the last 48 years in vain.

“Kiraitu announced the division had been created but this was only to hoodwink residents because it was campaign period. We won’t settle until Igoki division is gazetted,” Uji said.