NPSC to draft policies for officers living with disability

Says cops join the service when they are well and healthy, harmed on duty 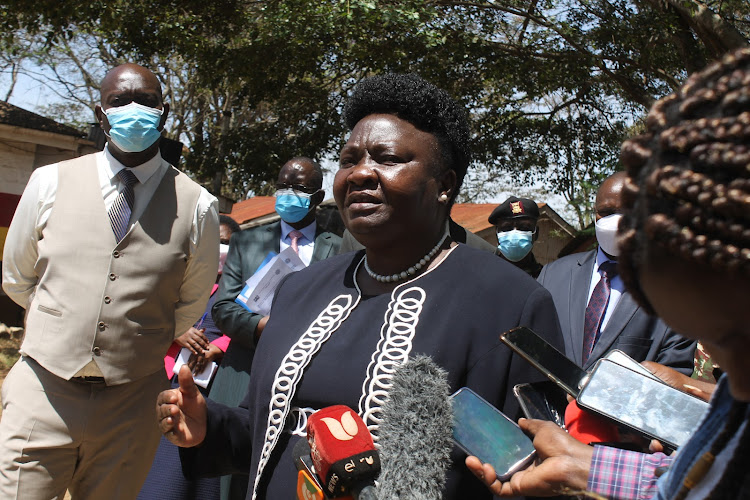 The National Police Service Commission is formulating policies that will help officers living with disability acquired in the line of duty.

NPSC vice chairperson Alice Otwala on Tuesday said police officers join the service when they are well and healthy.

“They undergo thorough medical examination before being declared fit. However, due to the nature of their work, they at times get accidents or attacked by enemies and these harm them,” she said.

“As Kenyans sleep safely and their property is protected, the officers are exposed to danger. These officers need to be compensated,” she added.

Otwala spoke during the launch of a medical assessment exercise for sick officers and those injured in line of duty in lower eastern.

NPSC partnered with the Ministry of Health and the Inspector General to establish a special medical board to assess sick officers and those injured in the line of duty.

The medical board consists of a general physician, orthopaedic doctor, surgeon, psychiatrist, medical doctor and a social worker to look into various issues facing the officers.

The commission targets to assess 2,000 officers across the country.

Some 400 officers from lower eastern were assessed during the exercise raising the number to 1,800 since 1,400 others had been identified in the other six regions.

Otwala said they were yet to visit the western region.

She said mental health isn’t like malaria that is treated today and it goes. It’s a journey one goes through.

“About 47 stations have already been covered by both psychosocial and chaplaincy, deployed to support them,” Otwala said.

She said the commission and Inspector General had provided the officers with insurance covers.

"We are developing policies for those who require more than the normal medical care. The officers will be made aware of what is what is expected of them should they get injured in the course of duty,” Otwala said.

Machakos county commissioner John Ondego said the commission should also look at the welfare of able bodied officers for them to get motivated.

"We should have officers who are motivated at their work and who are serving members of the public diligently.

“It’s important that we also look at the way the deployment is going to be done," Ondego said

Last week, the commission's chairperson Eliud Kinuthia said the assessment will be key in improving the working conditions of the police officers to better their service to the people.

“The assessment will help the commission assign duties according to each officer’s level of sickness and disability,” he said.

For a long time, police officers’ mental and physical wellness had not been put into consideration but with this programme, the officers are assured of immediate help.

Kinuthia added that as apart from medical support to the officers, the commission will make sure the insurance does the right thing by compensating the injured officers and also work to ensure the retired officers receive a proper pension.