Says Matiang'i, Kibicho have chosen to be 'youth wingers' of some politicians

• "I would urge those responsible for security to decide instead of concentrating on politics. The sector is slowly dwindling and it's a shame to the country," he said.

• This comes after three inmates escaped from Kamiti maximum prison on Monday and rearrested on Thursday. 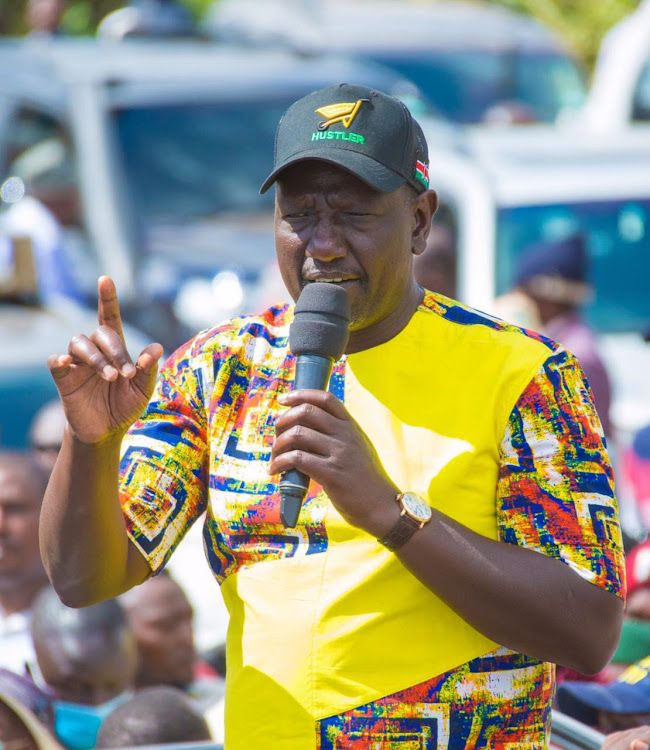 Deputy President William Ruto has criticised Interior CS Fred Matiang'i and PS Karanja Kibicho of neglecting their security roles to campaign on behalf of some politicians.

"I would urge those responsible for security to decide instead of concentrating on politics. The sector is slowly dwindling and it's a shame to the country," he said.

Ruto spoke on Thursday during his two-day Embu county tour.

The DP said the security bosses should take their responsibilities seriously because the security of the country is of utmost importance.

He said that the security heads have chosen to be "youth wingers" of some politicians and that should not make them forget their security roles.

This comes after three inmates escaped from Kamiti maximum prison on Monday and rearrested on Thursday.

Kiharu MP Ndidi Nyoro said the step to sack Kenya Prisons Service commissioner general Wycliffe Ogallo was not the solution and instead called for president to fire the security ministry bosses.

On Thursaday, Ruto visited Manyatta, Kianjokoma, Kanja, Runyenjes and Gikuuri Secondary where he opened the school dining hall. He ended his day’s tour at Embu town.

The deputy president said once voted in as president, his government will prioritise on providing employment among the youths who are experiencing tough financial situations.

“My first priority will be setting aside Sh100 billion in projects that will create job opportunities for the young Kenyans. We have to identify our educated youths as a priority and if I won’t do so then I will not be serving them the justice they deserve,” Ruto said.

He said the youths have become the top victims of unhealthy loans, with no finances to help them attain a stable financial security to allow them survive in the Kenyan economy.

He also said he will initiate a special finance programme towards helping Small and Medium Enterprises.

About 80 per cent of Kenyan businesses come from SMEs, Ruto said that failing to finance the sector will be contributing towards the downfall of economy.

“Once we are elected in as the next government we shall ensure we award the SMEs a special finance programme worth Sh50 billion annually to save them from unhealthy creditors,” he said. 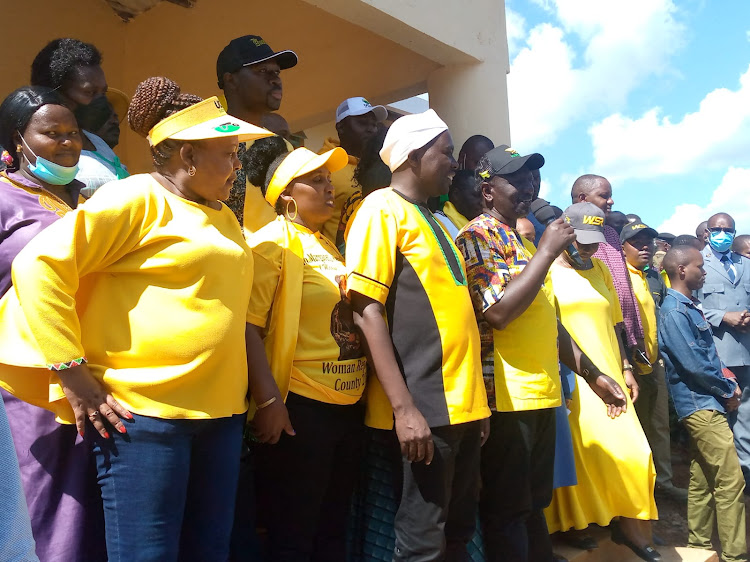 The DP said he will also empower farmers to ensure they regain their financial status and this will stabilise the economy.

Ruto said that investing in agriculture will provide more money in farmers pockets.

“My government will do away with brokers and cartels in agriculture sector and this will ensure farmers enjoy the fruit of their hard work,” he added.

MP Erick Muchangi, called upon the residents to support the DP on his presidential bid in next year’s general elections.

She said Muguka is among the leading cash crops within Ena and most parts of lower Embu.

Mbarire called upon the DP to ensure the Act is amended to include the Embu gem.

“We identified Muguka as a cash crop different from Miraa and my request to Deputy President Ruto, is to make sure Muguka is declared a cash crop,” she said.

Manyatta MP John Muchiri, said the government under the ruling Jubilee party has ignored some parts of Manyatta and he cannot support them for ignoring his people.

He said the lower part of Manyatta has been suffering from lack of enough water and poor roads which has denied the residents a chance to realise their full potential in food and cash crop production.

On Friday, Ruto is expected to tour the lower side of Embu that includes Mbeere North, Mbeere South and some parts of Runyenjes.