• For plants, 56 per cent of modelled species could be at risk with 4.5°C of warming.

• Similarly, around 50 per cent of reptiles and amphibians could be lost from the area under the business as usual scenario. 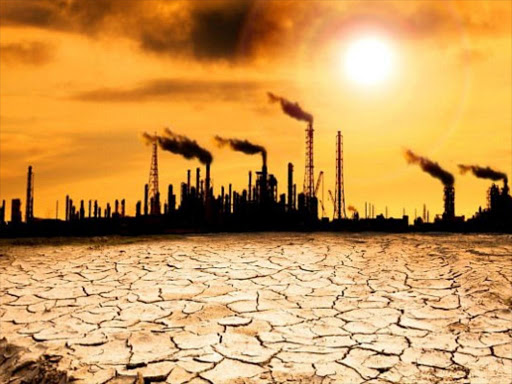 Heat waves will become increasingly prevalent in regions across the globe as warming continues./FILE

Many species within the Tana River basin will not survive the rise in global temperatures, a study suggests.

A researcher from the University of East Anglia in the UK published the study in the journal PLOS ONE on Wednesday.

“With 218 2°C warming, a basin average of 38 per cent of birds and 31 per cent of mammals could see a loss of their suitable climates,” the report suggests.

For plants, 56 per cent of modelled species could be at risk with 4.5°C of warming.

Similarly, around 50 per cent of reptiles and amphibians could be lost from the area under the business as usual scenario.

The Tana River basin covers 22 per cent of Kenya's total landmass and is home to 18 per cent of its population, according to the United Nations Environment Programme. The basin covers an area of 126,026 km2.

Over 80 per cent of the Tana River basin is classified as arid and semi-arid lands, with mean annual rainfall being 679mm.

It supplies Nairobi with 80 per cent of its drinking water. It also provides 70 per cent of the country’s hydropower. 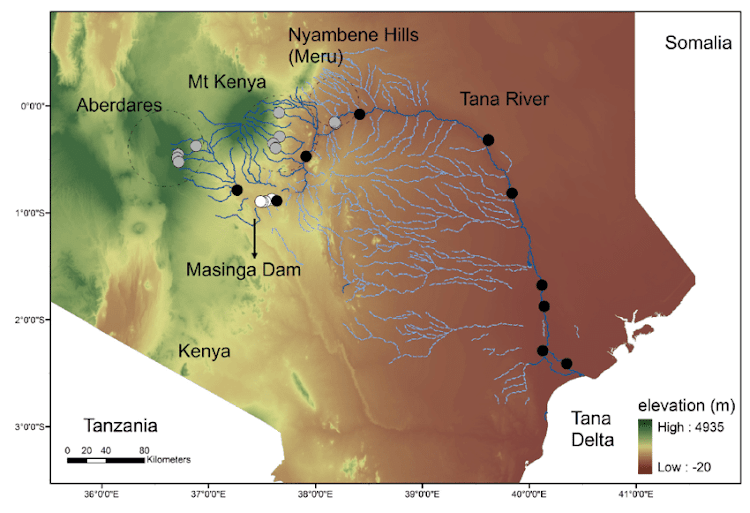 The report outlined how remaining within the goals of the Paris Agreement would save many species.

Rhosanna Jenkins, a researcher, said remaining within the goals of the Paris Agreement, ideally at 1.5°C, would save many species. The agreement aims to keep global warming well below 2°C.

“This is because large areas of the basin act as a refuge from climate change. With higher warming levels, not only are the refuges lost but also the potential for restoration becomes more limited,” said Jenkins.

She carried out the study as part of her PhD at UEA’s School of Environmental Sciences.

She said: “This research shows how many species within Kenya’s Tana River Basin will be unable to survive if global temperatures continue to rise as they are on track to do.”

The United Nations declared 2020 as the ‘Decade on Ecosystem Restoration’ and she said the results show the importance of considering climate change within these restoration efforts.

The research indicated that with higher levels of warming, many of the species being restored will no longer be able to survive in the places they were originally found.

The report revealed that climate change poses a significant threat to the biodiversity of the basin, and a significant proportion of the modelled species richness could be lost.

Jenkins said strong commitments from global leaders ahead of the COP climate change summit in Glasgow are needed to stand any chance of avoiding the loss of species.

The report showed that the rate of climate warming will also have implications for biodiversity. If temperature thresholds are crossed early, few species will have the time to disperse and adapt.

Birds and mammals tend to see the greatest population declines in areas that experience the most rapid warming. Birds are affected more.

The study showed significant implications of projected climate change on the terrestrial biodiversity of the Tana River basin.

“When these changes in species distributions are considered alongside development plans, it becomes clear that trade-offs between development and biodiversity protection may occur in the future,” the report said.

The report concluded that by understanding potential conflicts between biodiversity and development, decision-makers can ensure the basin is managed well to ensure effective future biodiversity protection.

This is in addition to successful ecosystem restoration and sustainable socio-economic development within this important area of Kenya.

Investing in climate action is morally and economically sensible

The cost of necessary action is estimated at just one per cent of global GDP annually.
Opinion
1 year ago

The indications are frequent and intense droughts, floods and changes in rainfall patterns
News
1 year ago
by AGATHA NGOTHO Science Writer
Eastern
21 July 2021 - 23:00