Official questions how candidate was cleared without meeting academic requirements 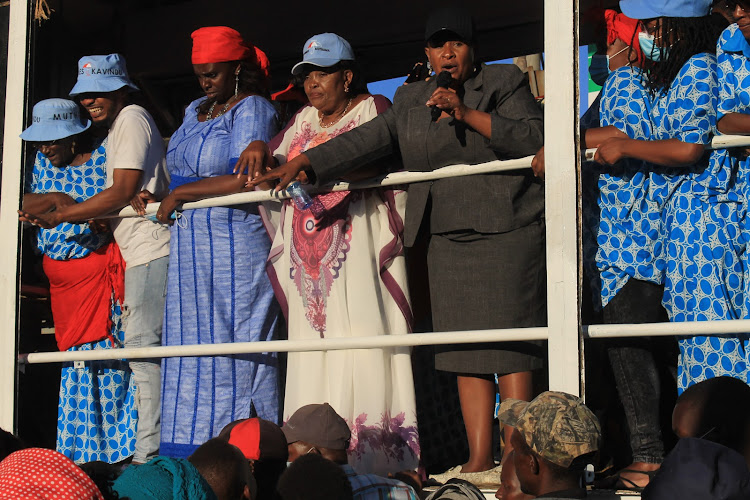 The party demanded an explanation from Machakos county IEBC returning officer Joyce Wamalwa on how Kavindu was cleared for the race without meeting the necessary academic qualifications.

“Machakos Senator Boniface Kabaka an advocate and PhD holder was CCU leader before he passed on, may his soul rest in peace. As such CCU has an interest to make sure the next senator matches the qualifications and capabilities of our own party leader who was the second senator of Machakos county,” CCU secretary general Philippe Sadjah said on Sunday.

Sadjah continued: “In this regard, we wish to state that from the self-declaration form filled by Agnes Kavindu at IEBC, it is evident that she never went through secondary school. She attended primary school. Currently, the Constitution and Elections Act require a minimum of post-secondary qualification for one to be cleared to vie for Senate.”

He said Section 22 (1)(b) of the Elections Act requires a minimum of a university degree as a qualification to run for Senate.

“We demand to know, how IEBC cleared someone who does not have secondary school let alone post-secondary qualifications required by the law?” he said.

Sadjah said the Wiper candidate purports to have a degree from a certain WOIB college.

“From our research, WOIB is not a recognised institution to offer any academic courses.  Worse even, how does one purport to have gone to a university without first going through secondary school? This must be fake and tells you the character of the person we are dealing with,” he added.

The CCU leadership demanded that IEBC clarified how a person who does not have the required educational qualifications was cleared to vie for senator and immediately withdraws the nomination certificate.

“Failure to do so, CCU shall, in public interest move to court to compel them to do so. We have also written to the Kenya National Qualifications Authority, the body charged with authenticating foreign qualifications to take action against  Kavindu for posturing as if she has a degree when she doesn’t have one,” Sadjah said.

The CCU party appealed to Machakos electorate not to be lured to replace the Kabaka, an astute lawyer, debater and respected PhD holder with a candidate who had not meet the threshold for the post.

Attempts to reach Kavindu for comments on the CCU party claims were futile, she did not respond to our messages.

Mutua questioned how Kavindu was granted the green light to vie despite having glaring academic inadequacies. He said Kavindu's purported degree certificate had been disputed as she did not transit through secondary school.

He reminded Machakos voters that  Kabaka was highly educated with about five degrees.