Former Yatta MP said Kenyans have right to discuss issues- or they will reject BBI.

• The MP said that estimated Sh14 billion for referendum should be used to build classrooms, buy Covid vaccines, or both. 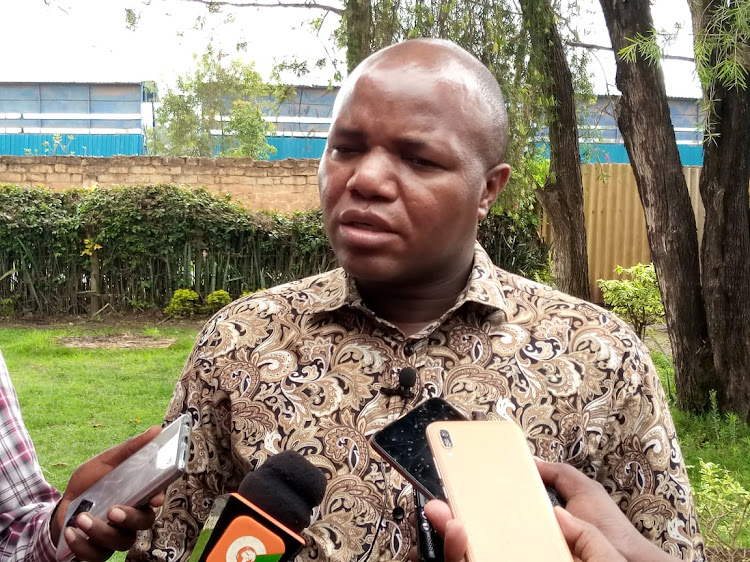 He said on Saturday the Building Bridges Initiative team should sit and allow Kenyans to hold more discussions and make proposals before a referendum is held.

He said most Kenyans are not aware of the contents of the document and so a public awareness campaign should be carried out to inform mwananchi about the agenda and how they will benefit.

Otherwise, the document will be rejected, he warned.

The former legislator said that in the last National Assembly, an audit led by Mutava Musyimi was conducted.

It indicated MPs were too numerous and the number needed to be reduced.

He asked why the BBI team proposed enlarging Parliament and increasing the wage bill, calling it a burden on Kenyans.

Mwangangi said if the document is passed as is, children and women's rights might not be well represented in the National Assembly.

He said the BBI document proposes women leaders be moved from the assembly to the Senate and so there will be no funds for  affirmative action.

“We have seen women will no longer be able to contribute in the budget concerning them and their projects and so we will reject BBI if our proposals are not taken into consideration," he sai.

It's our right to discuss issues that concern us as Kenyans," Mwangangi said.

He said the BBI report was being used by certain individuals with a "hidden agenda and they want to impose it on Kenyans".

“If our views as Kenyans are not valued, then let them use the Huduma Namba since they have it and let them pass the document without bringing it to us," he added.

His views were shared by Machakos Town MP Victor Munyaka who said the Sh14 billion the referendum is estimated to cost should be used to cushion Kenyans hard hit by the pandemic or used for development projects.

"That Sh14 billion  should be used to either buy the Covid-19 vaccine or build more classes for our children to maintain social distancing once schools reopen," he said.

He said most Kenyans were against the document and urged President Uhuru to allow Kenyans to air their views and reach a consensus before going to a referendum.