Charged in 2018 with aiding escape of a motorist arrested for driving with worn-out tyres. Said police demanded bribe.

• Mwirigi was charged in 2018 with aiding prisoner to escape and obstructing a police officer. 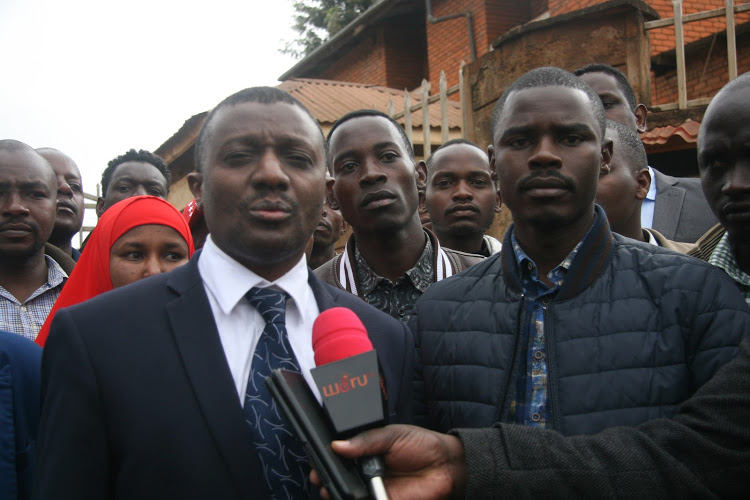 Kenya's  youngest MP, Igembe South's John Mwirigi, on Monday was cleared of all charges of aiding a prisoner ot escape and obstructing a police officer.

The case was withdrawn at the request of the DPP after the case failed to take off. It had been adjourned five times and the prosecution failed to supply witness statements.

Mwirigi, elected at age 23, said the charges from 2018 were trumped up and part of a witch-hunt to embarrass him. He said he was defending motorists who were being harassed and extorted by police to pay bribes.

Mwirigi was accused of aiding a prisoner - a motorist arrested for driving with worn-out tyres - escape and obstructing a police officer along the  Mikinduri-Maua road.

Speaking outside court on Monday, Mwirigi said most of his development projects had astalled as he was forced to attend to "a trumped-up case by police who were receiving bribes from boda boda riders, Sienta and Probox drivers".

“I won’t stop fighting for my people. No one, including the police, will extort money from them. They won’t be harassed or intimidated. The case was cooked and had enslaved me to court attendances though I had done nothing wrong."

He expressed gratitude to his lawyers, MPs, MCAs, supporters and clerics who prayed for him.

"Many are our enemies fighting youths leadership but we won't won’t fear or be cowed,” he said.

Lawyer Peter Kaimba said the legal proceedings were motivated by a witch-hunt to  ntimidate his client.

"The investigations were carried out with malice and much publicity to  embarrass the honorable MP after he refused to be cowed by officers who had been harassing motorists and asking for bribes," the defence said.

Mwirigi is charged with obstructing a police officer, leading to an escape of a prisoner
Counties
1 year ago

A court yesterday banned Igembe South MP John Paul Mwirigi from stepping in Meru county for the next 14 days.This was after the MP pleaded not ...
News
1 year ago