• The group had tried to block surveyors sent by the government to subdivide the Komarock Housing Ranch to resettle over 100 Ruai evictees.

• Machakos county police commander Karanja Muiruri intervened and ordered the Muthama group to vacate and allow the surveyors to carry on with the exercise. 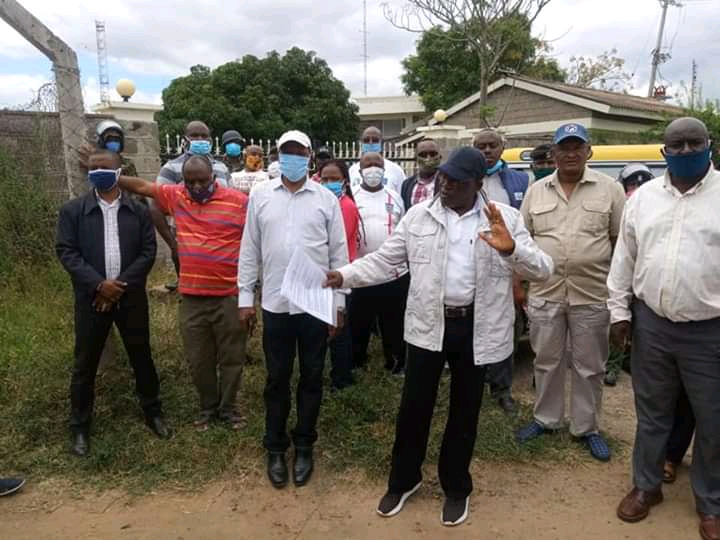 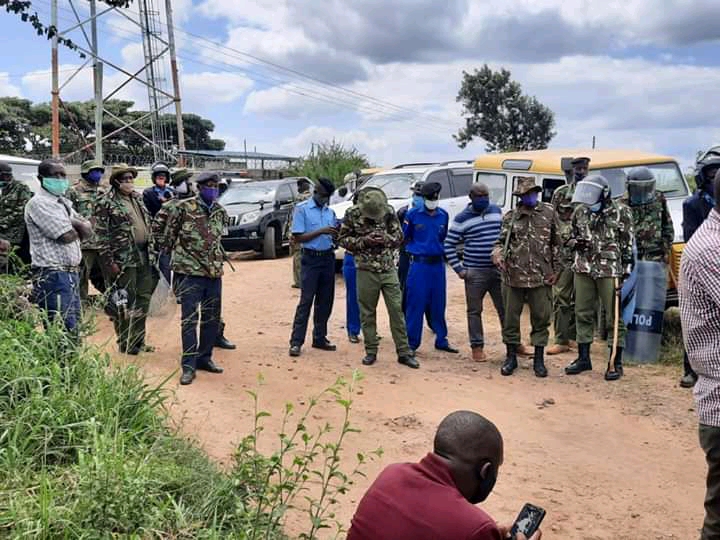 The group had tried to block surveyors sent by the government to subdivide the Komarock Housing Ranch to resettle over 100 Ruai evictees.

Trouble started after the Ruai evictees arrived with the surveyors.

But Muthama, armed with a court order, claimed the surveyors were there illegally since the land has a case in court.

The former senator said the land has had disputes since 2011 and he would not allow anyone to settle there before the court case that was filed in 2017 was concluded.

However, Machakos county police commander Karanja Muiruri intervened and ordered the Muthama group to vacate and allow the surveyors to carry on with the exercise.

He said the land belonged to the government and told the group to go to court and file a fresh case to stop the Ruai evictees from settling there.

"I know you may be fighting for your rights but this land is owned by the government. And if there is anyone who objects, let them go to court and obtain a fresh court order," Karanja said.

The subdivision continued after Karanja told the group to get a fresh court order.

Muthama, who was accompanied by the Kangundo MCA Alex Kamitu, swore to mobilise Machakos residents to help him "fight for the land".

"I will fight for this land to see nobody settles here. I am not afraid of tear gas, especially now that I know I am fighting for my people," he said.

He argued that members of the Komarock Ranch bought the land from a foreign settler after independence, where each member got a share of the 1,200 acres.

Muthama said the government should compensate the Ruai evictees and resettle them elsewhere, not on the disputed land.

On Tuesday Muthama had warned against settling Ruai evictees on the land.

Some of the squatters evicted from the Nairobi Water and Sewerage Company land in Ruai claimed they were told by senior government officials that they would be moved to the Matungulu Land.

Dozens of families from Ruai and Mathare 4A in Nairobi on Tuesday attempted to invade the parcel but were blocked.

At the time, Matungulu police boss Kipkemoi Kirui said the KBC land was subject to court proceedings and there was no authorisation that allowed the IDPs to settle there.

"We have talked to the displaced persons and we have told them that the land in Komarock has a dispute between KBC and the Komarock Housing Society and so far we have not received any directives to allow them to settle here,” he said on Tuesday.