'The three buses used Kibwezi-Kitui road to escape police barrier on their way to Nairobi which has been declared a no-go zone to curb the spread of coronavirus. We have directed them to go back using the same route they came from' Three buses ferrying 96 passengers from Mombasa to Embu were on Thursday intercepted in Masinga and ordered to return to the coastal city with everyone on board.

The buses left Embu on Wednesday morning for Mombasa to evacuate locals who wanted to leave the city before a ban on travel into and out of Mombasa took effect at 7pm Wednesday.

It is not clear how the buses managed to move despite a countrywide curfew from 7pm to 5am.

The buses from the Daima Connections Sacco were intercepted by the Machakos county multi-agency security team on the Kanyoonyo-Embu road at Kangonde market.

Mombasa, Kilifi and Kwale have been put in partial lockdown with restriction of movement after they were declared coronavirus hotspots.

There is also a cessation of movement in and out of the Nairobi metropolis to curb the virus spread.

Masinga deputy police commander Richard Muracha said the buses diverted from their prescribed route to avoid the Nairobi Metropolitan area which has been sealed off.

He wondered how the buses managed to pass through all police barriers along Mombasa Road before diverting to the Kibwezi-Kitui road from which they took Kanyoonuyo-Embu road.

"The three buses used Kibwezi-Kitui road to escape police barrier on their way to Nairobi which has been declared a no-go zone to curb spread of coronavirus. We have directed them to go back using the same route they came from," the police boss said.

Muracha said they had been notified that another bus was also coming from Mombasa.

At the Kangonde police barrier, the drivers denied they were ferrying passengers from Mombasa forcing the authorities to track their numbers which showed they were in Mombasa hours before they were intercepted.

The buses were handed over to Lower Yatta security team in Kitui county who escorted them back to the main highway to Mombasa.

Lower Yatta police commander Charles Chacha said the passengers will have to go back to Mombasa and wait for the 21-day containment period to end before returning to their rural homes.

On Thursday, Embu county commissioner Abdullahi Galgalo said they were alert after receiving information that the buses had moved to Mombasa to ferry people to Embu.

He said those thinking they can sneak from virus hotspots into Embu will be disappointed. 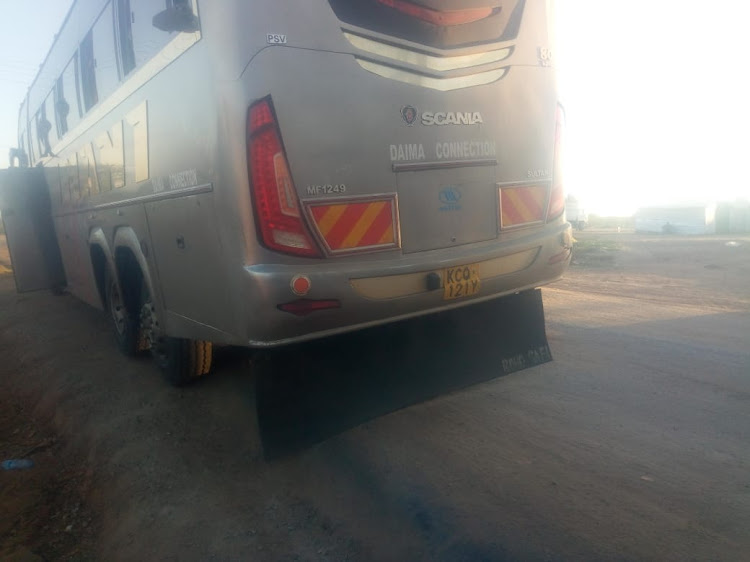