Say only half of fleet operating, ferrying reduced capacity in line with state orders

• PSVs are carrying 60 per cent of their capacity as per the government directive despite fares remaining the same.

• Official says they incur losses in terms of fuel, insurance premiums and still must pay their employees. 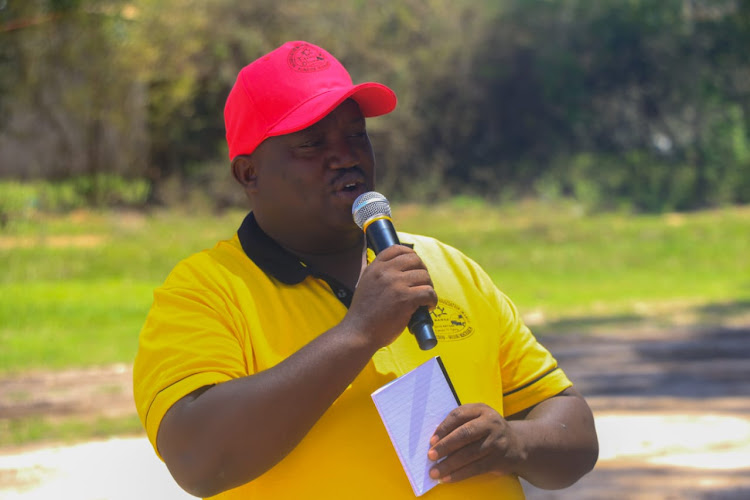 Matatu owners in Machakos county have requested Governor Alfred Mutua to suspend or waive the monthly parking fee until the situation in Kenya returns to normalcy.

Speaking in Machakos on Monday, Machakos Matatu Owners Association officials said since the national government ordered matatus to carry half their capacity in efforts to curb the spread of coronavirus, the sector has been hurt due to reduction of customers.

Chairman Stephen Mutuku Peter, while addressing the press, said the PSVs had complied with the directive to only carry 60 per cent of their capacity despite the fare remaining the same.

"We are operating less than 50 per cent of our fleet to facilitate movement for a few passengers seeking essential services from various destinations," Mutuku said.

They were incurring losses in fuel, insurance premiums and still having to pay their employees, he said.

The directive for every citizen to stay at home and the curfew, the chairman said, had drastically reduced the number of passengers, forcing some to close business.

Mutuku said waiving the parking fee, at least for two months, would sustain them until things get better.

Meanwhile, traders in Machakos town have decried losses due to lack of customers.

The traders urged the county government to disinfect the town to control the spread of the virus, especially the CBD.

Hoteliers have reported up to 80 per cent reduction in the number of customers.

The restaurants are only offering takeaway services while others have closed indefinitely.

Hotel owner Anthony Makau said the pandemic had paralysed operations in the CBD.

The hoteliers also complained about challenges in the supply chain and employee crisis amid the panic caused by Covid-19.

Makau said he used to make over Sh4,000 daily "but now it's hard to earn Sh400 while only giving takeaway services."

Vegetable vendor Doris Stephen urged the government to reconsider the curfew hours citing wastage of dozens of vegetables that rot due to lack of customers.

"My vegetables are rotting away in the store. Business has gone down completely. We are selling at a throwaway price since we either dispose of produce to citizens or the dustbin," she said.