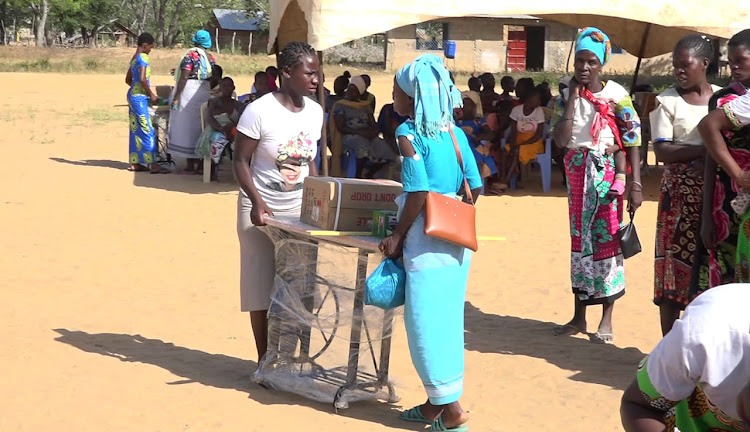 EMPOWERMENT: One of the teenage mothers who is the beneficiary of sewing machine in Marafa, Magarini subcounty
Image: ALPHONCE GARI 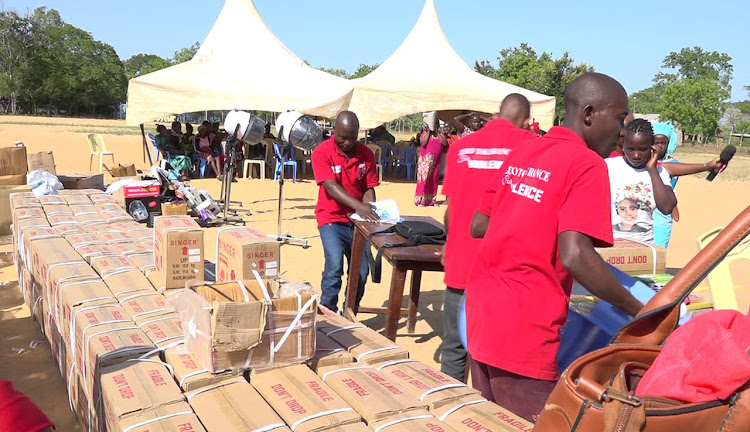 EMPOWERMENT: Some of the equipment given to teenage mothers by Sauti ya Wanawake and Action Aid Kenya.
Image: ALPHONCE GARI

About 1,141 teenage mothers from Kilifi county have a reason to smile after they were enrolled in an empowerment programme by Sauti ya Wanawake Organisation and Action Aid Kenya.

The programme aims to train them on technical skills so as to transform their lives.

The girls are part of the 13,000 from Kilifi who made headlines when they reportedly became pregnant in 2019 leading to action by the county, national government and the NGO.

Already more than 200 girls who graduated with tailoring and hair dressing skills were given sewing machines and equipment to enable them to start their own business in a colourful ceremony held in Marafa, Magarini subcounty.

Lucky Mwaka, the project coordinator of Sauti ya Wanawake Magarini that works in partnership with Action Aid Kenya, said the project targeted 1,141 girls who dropped out of school due to teenage pregnancy.

“Some of them are the ones who joined technical institutions through Action Aid and Sauti ya Wanawake and now they have qualified with different expertise,” she said.

Mwaka said statistics in the last few years indicated that there were more than 13,000 teenage pregnancies in Kilifi county but many could be wondering where the teenage pregnancy victims are since then.

“As you know Kilifi has many challenges especially for the girl child including teenage pregnancies which are still being experienced in different areas of the county,” she said.

Velma Kagonya from Sauti ya Wanawake said they issued 164 sewing machines to girls who did tailoring while 56 girls who trained on hair dressing got equipment to open their own saloons.

“It has been a long journey with these girls, which began five years ago. They were enrolled into polytechnics through our support and gained knowledge,” she said.

LZ, victim of teenage pregnancy, told journalists that she got pregnant as a teenager while in Class 6 and the father refused to fund her education.

She said through Sauti ya Wanawake and Action Aid she was enrolled in a technical training college where she learnt tailoring course and has now graduated.

“I really thank the organisation because it really supported me, today we have received equipment which will help us begin working on our own, from now I will be able to be independent,”she said.

MP, another teenage mother who benefitted from the programme, said she got pregnant at only 13 years while in Class 2.

She said her family sidelined her and only the mother was the one who encouraged her, assuring of support as she was still a child.

The girls called on the county government to set up an empowerment centre where they can do their tailoring work with minimal difficulties. 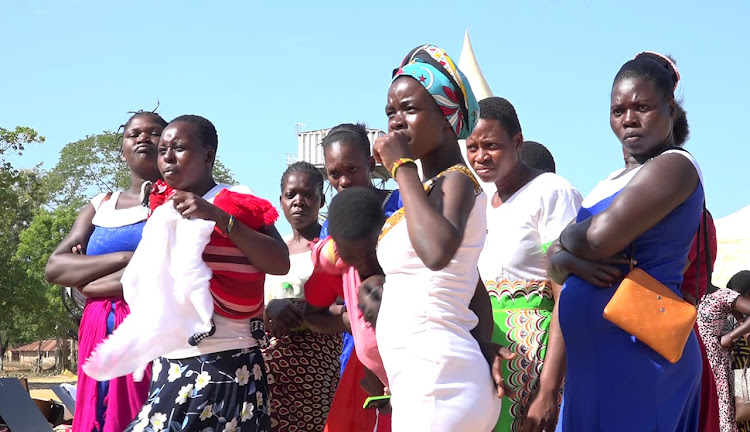 EMPOWERMENT: Some of the teenage mothers supported by Sauti ya Wanawake and Action Aid Kenya in Marafa, Magarini subcounty.
Image: ALPHONCE GARI

Nationwide, 1 in 5 adolescent girls aged 15-19 are already mothers or pregnant
News
1 month ago

Ruto said that FGM cases in his tenure will be eliminated.
News
2 weeks ago

Everyone who has witnessed, heard or survived violence, do not be silenced, report the cases.
Opinion
1 month ago
Post a comment
WATCH: The latest videos from the Star
by ALPHONCE GARI Correspondent, Coast Region
Coast
23 January 2023 - 21:00
Read The E-Paper