Between 2012 and 2017, the coastal town was a haven for extremist young men and women. 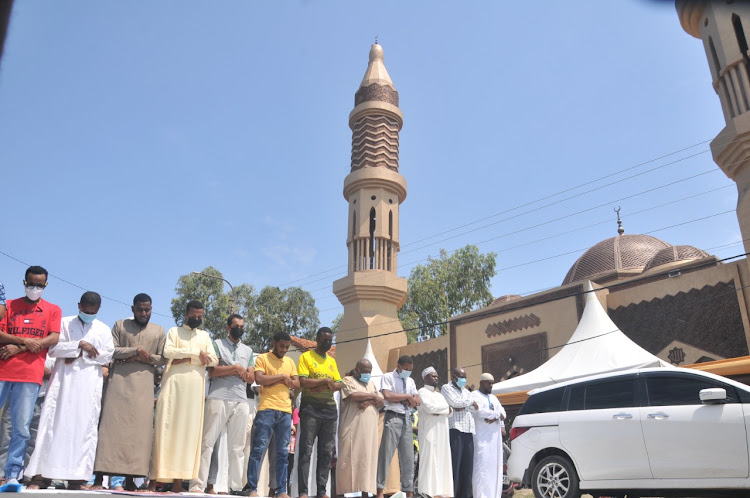 A section of madrassa, Arabic and Islamic Religious Education teachers in Mombasa county have been trained to practice moderation in Islam.

A few years ago, madrassas and mosques in Mombasa were blamed for being recruitment centres for youth who joined extremist groups, such as the Somalia-based al Shabab.

Between 2012 and 2017, the coastal town was a haven for extremist young men and women, who were terrorising the residents.

Sporadic gun and grenade attacks were witnessed in the region, which was heavily dependent on the tourism sector for survival. The tourism sector’s fortunes dwindled because of insecurity.

However, in the recent past, cases of  religious radicalisation and extremism have largely reduced, and the region is only left to battle petty crimes and insecurity caused by juvenile criminal gangs.

On Sunday evening, a group of Muslim scholars from Egypt, led by Sheikh Gaber Taile Youssef, who heads the Religious Section at Al-Azhar University in Cairo, trained some 150 madrassa teachers on the “The Concept of Moderation in Islam.”

Sheikh Youssef urged the Muslim community in the country to co-exist peacefully with people from other religions.

He also called on the community to practice moderation and be courageous to point out social vices within society.

Speaking at Shibu Mosque in Mwembe Tayari after delivering the lecture to the madrassa, Arabic and IRE teachers, Sheikh Youssef reiterated that Islam is a religion of peace.

“We are here to emphasise the need to have good relations with other people, both Muslim and non-Muslims. We want everyone to have a better understanding of the religion,” he said.

The scholars are in Kenya for a week through the Egyptian embassy in Kenya and will conduct similar lectures in Nairobi.

Mohamed Sheiba, one of the administrators of Masjid Shibu, said the lecturers were targeting the religious teachers in a bid to ensure that they bring up a disciplined generation of youth.

Sheiba said that the current generation was going through a lot that is leading them away from religion, hence there is a need to train them to become responsible and God-fearing Ummah.

“The youth are currently facing a myriad of challenges, ranging from drug abuse to juvenile gangs and extremist groups. The teachers interact with them more often and, therefore, can play a pivotal role in leading them back to religion,” the Masjid Shibu administrator said.

“They are the leaders of tomorrow and as such we must ensure that we prepare them to be responsible citizens in the future.”

Sheiba reiterated that Islam is a religion of peace and does not in any way encourage the faithful to take away the lives of those they differ from within religion.

“A well-trained teacher who understands the teachings and values of the Islamic religion cannot indulge in such matters of terrorism. We, however, have a few individuals wearing kanzus pretending to teach just to gain fame,” he said.

He said that terrorism is a sin, adding that a true Muslim is one who lives with others peacefully, despite their differences throughout.

“Islam is peace, it is a religion of peace and advocates for people to live in peace,” he said.

The lecture was also attended by the Kenya National Mufti, Sheikh Omar Buya, who said that the teachings came at the right time for the country.

“Islam is a religion of peace and leaving in harmony with all, that is what his teachings have touched on and I believe it will be of great benefit to our nation,” he said.

He added that Kenya and Egypt continue to enjoy a cordial relationship, especially when it comes to matters of religious education and religion, and as an important office, he will strive to maintain that.

The Al-Azhar University in Cairo has over the years given Kenyans scholarship opportunities to pursue higher learning in religious studies.

Mombasa was described as “fertile grounds” for the recruitment of youth in al Shabab between 2012 and 2015, and mosques and radical Muslim clerics were accused of the vice.

According to human rights reports of yesteryears, at least 21 moderate and radical clerics were gunned down between 2013 and 2015 because of cases of radicalisation and extremism in the region.

Some of the well-known clerics who were gunned down during that period include the Sheikh Aboud Rogo on August 27, 2012.

Rogo, who was on the US and UN sanctions lists for allegedly supporting Somalia's al-Shabab militants, was gunned down along the Mombasa- Malindi highway by unknown gunmen.

His close confidant, Sheikh Samir Khan, was killed two weeks before Rogo’s death. Khan had been abducted and his mutilated body was found at the Tsavo National Park.

On October 2013, Muslim preacher Sheikh Ibrahim Omar Ismail and three of his friends, Gadaffi Mohammed, Omar Aburumesia and Issa Abdhalla, were also gunned down along the Mombasa-Malindi Highway.

Ismail, who was viewed as Rogo’s successor, had been accused of activating an al-Shabab cell in Mtopanga estate in Kisauni, Mombasa.

On April 1, 2014, Sheikh Abubakar Shariff alias Makaburi, a prominent leader at the controversial Masjid Musa Mosque, was also gunned down just after he had stepped out of the Shanzu law courts along the Mombasa-Malindi highway.

Makaburi, who was also on the UN sanction list, is said to have openly justified terror attacks on Kenya and championed youth joining the al Shabab terror group.

Over recent years, the number of controversial Muslim preachers has gone down on the Kenyan coast after the government campaigned against radicalisation in the region.

However, in the recent past, there have been notable cases of the forceful disappearance of youth and people suspected to be involved in terrorism and other crime.

On November 1, Haki Africa, a coastal-based rights group, said they had recorded more than 235 cases of people who were abducted by the police and disappeared.

Mathias Shipeta, Haki Africa’s rapid response officer, said out of the 235 cases, less than 30 have been released.

Shipeta said that those who were released from abduction said they were held in private areas where they were being questioned about terrorism, violence and crimes of murder.

Last month, President William Ruto disbanded the Special Crimes Unit of the Directorate of Criminal Investigation over allegations of extra-judicial killing and the forceful disappearance of people.

Parts of Rift Valley, Western and Marsabit have emerged as areas with increased potential for radicalisation and recruitment
News
11 months ago

They told Kenyan Somalis the virus was made in a lab to kill Muslims
News
1 year ago
Post a comment
WATCH: The latest videos from the Star
by ONYANGO OCHIENG
Coast
15 November 2022 - 22:00
Read The E-Paper