Mwamburi got 22 votes out of possible 32 to become second speaker of county assembly. 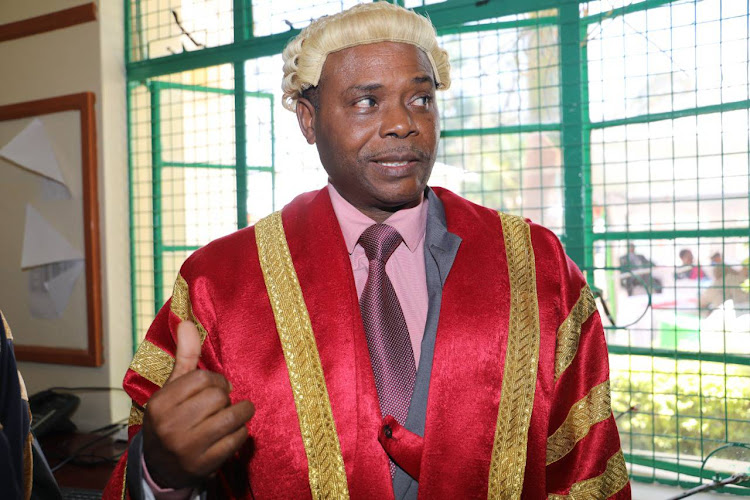 He got 22 votes out of the possible 32 votes to become the second speaker of the county assembly.

Mwachia finished second with nine votes while Mlolwa came third with only one vote.

Early, assembly clerk Gadiel Maghanga presided over the swearing-in of the 20 elected and 12 nominated MCAs at the county assembly in Wundanyi.

In his maiden speech, the new speaker praised the MCAs for trusting in his leadership.

He urged members to work together to fully discharge their mandate and help the county realise the fruits of devolution.

“This third assembly shall work collaboratively to ensure prosperity of the house and the county as well,” Mwamburi said.

He challenged the ward reps to strive to meet residents' expectations.

“It is a unique opportunity that the electorate have given us to serve our dear nation. Let us all endeavour to work hard and bring change,” the speaker added.

He then presided over the election of the deputy speaker and subsequently swore him in.

The two-term MCA replaced his Bomeni counterpart Crispus Tondoo, who served in the position for two terms since 2013.

Mwadime got 26 votes while his closest competitor, Rose Shingira, a nominated MCA, got six votes.

Post a comment
WATCH: The latest videos from the Star
by SOLOMON MUINGI
Coast
21 September 2022 - 22:00
Read The E-Paper