From police to speaker

10 people had expressed interest in the seat.

•Osman Galole who also in the past worked as a bodyguard of former Member of Parliament Hassan Dukicha won the race after beating 10 others.

•Galole in his inaugural speech said that as a speaker, he will ensure strict adherence to the provision of standing orders 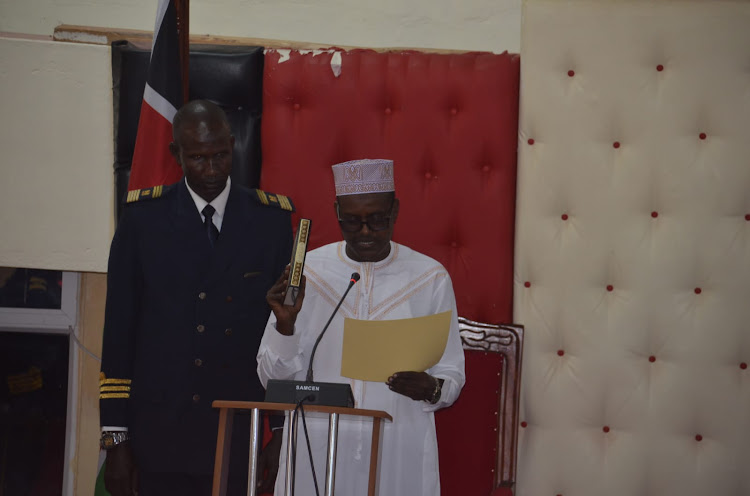 Osman Galole who also in the past worked as a bodyguard of former Member of Parliament Hassan Dukicha won the race after beating 10 others.

Galole in his inaugural speech said that as a speaker, he will ensure strict adherence to the provision of standing orders, make the administrations of the house in the interest of all involved and effectively represent the assembly and the will of its members outside.

“As a speaker, I will respect all, and seek to enforce the standing order fairly without fear or favour. I will try my best to make the day-to-day operations of the county assembly in the interest of all of us as I strive to give members of all sides of the House a fair chance and opportunity,” he said.

The speaker said that the mandate bestowed on them as MCAs is huge as required by the law that the legislative authority of a county is vested in and exercised by the county assembly. 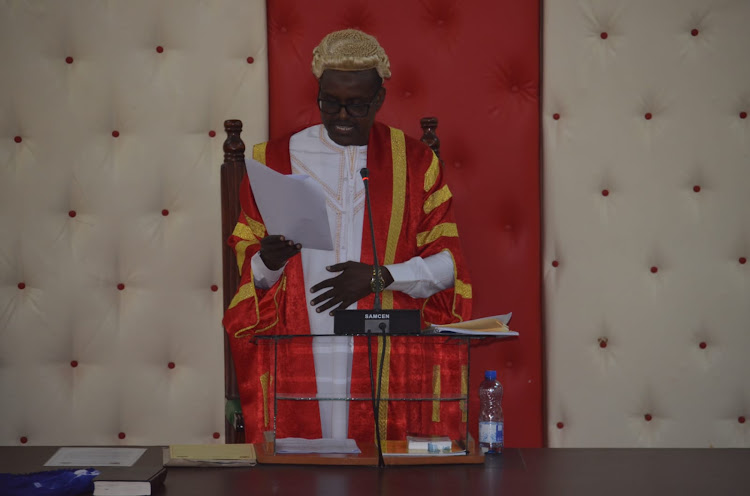 He said that the county assembly has a duty of making rules that are necessary for the effective performance of functions and exercise of powers of the county government.

He reminded the members that these objectives cannot be achieved without the two arms of the county government working together.

“We are supposed to nurture and protect the wellbeing of the individuals, families, community and the county at large,” he said.

“Let us purpose to conduct the business of the house in an appropriate manner and hold county assembly sessions and those of its committee openly to ensure transparency and accountability.” 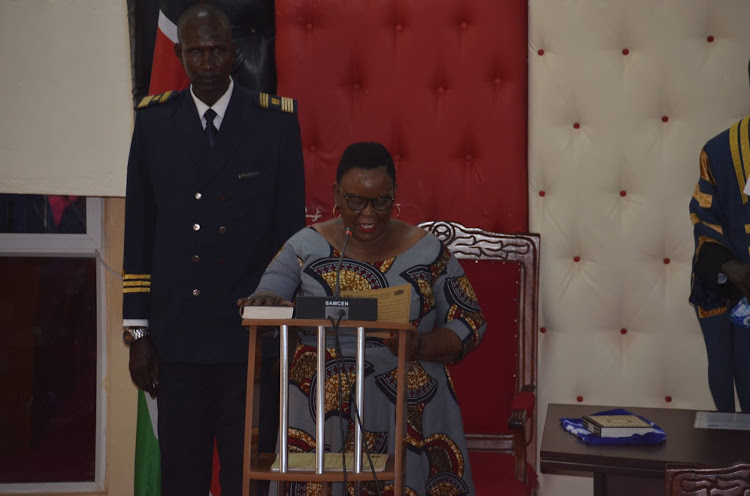 He urged the members of the house to read and understand the standing orders and the roles which govern the business of the house in order to have quality debates and contributions before the house.

The speaker congratulated the MCAs on their election and the county assembly clerk for his guidance to members to achieve a smooth transition.

He called upon members of the public to participate in public participation forums that will be organized by the County Assembly.

Among the 10 contestants was the former Tana River county senator Golich Juma Wario.

They all took an oath of office on Wednesday in a session which was presided over by the county assembly clerk Daib Abdillahi. 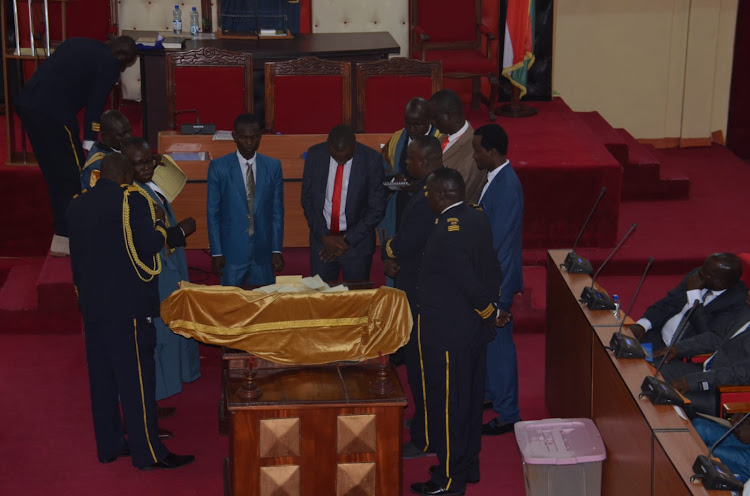 Swearing in ceremony of MCAs at the Tana River county assembly on Wednesday
Image: Aura Ruth

During the first round of voting, there was no candidate that met the threshold of the two-thirds vote.

The new speaker got 17 votes in the first round as his competitor, the former County Secretary Joshua Jara got 9 votes but in the second round of voting, Galole got 18 votes against Jara’s 8 which saw him being declared the speaker of the county assembly.

Garsen South MCA Rhodah Katisha who did not have a competitor was declared the duly elected deputy speaker.

Katisha who is a former school principal is also serving her second term as MCA under the UDA party.