Say their names were scrapped off from various party nomination lists

• "We are surprised that our names were replaced with others whom we don't know, contrary to the Constitution that states PLWDS have to be included," Kanini said.

• Rama said the rule of law must be respected and they won't accept the prolonged mistreatments and alienations of PLWDs in employment opportunities.

People living with disability in Kwale have protested being left out of party nominations. https://bit.ly/3BrHkAV 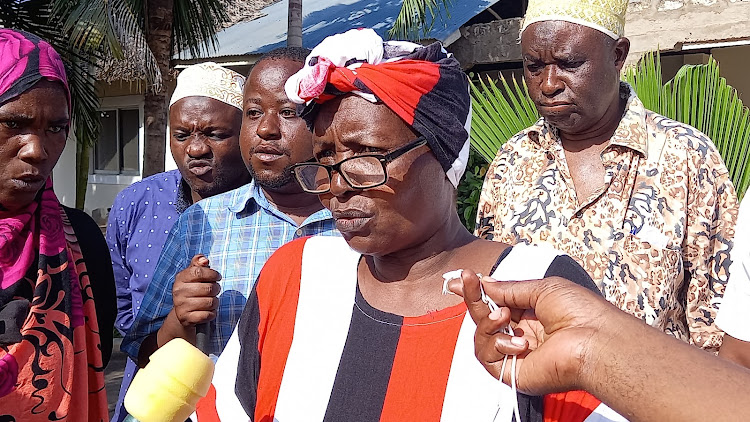 People living with disability in Kwale have protested being left out of party nominations.

They said no person living with disability has been nominated to the county assembly as required by law.

Chairperson Lydia Kanini said their names have been dropped from parties' nomination lists, even though they had initially been forwarded to the IEBC.

"We are surprised that our names were replaced with others whom we don't know, contrary to the Constitution that states PLWDs have to be included," she said.

Kanini spoke during an interview at Ukunda on Sunday.

She accused political parties of perpetuating inequalities rather than inclusion.

She said PLWDs have for the second time in a row been left out of the county assembly nominations.

Kanini said they have lagged behind because nobody is there to represent them and fight for their rights in the county assembly.

"In 2017 no PLWD was nominated, this time around the same. We have suffered a lot, enough is enough," she said.

The chairperson said it is a must for political parties to consider them for the nomination slots, for justice to prevail.

She said they are not lesser human beings and they deserve better regardless of their disabilities. 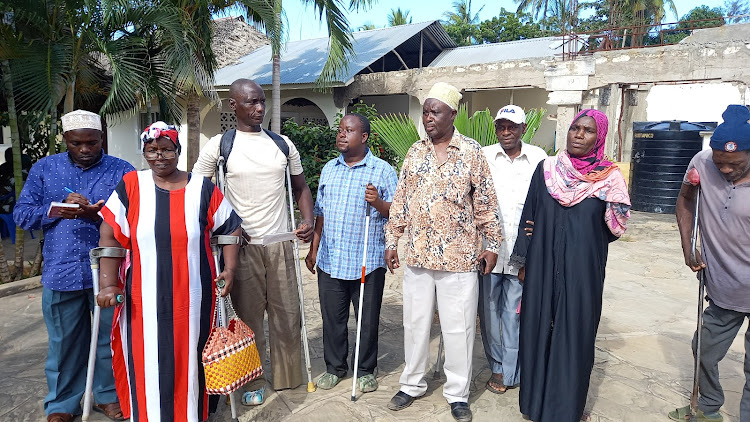 Bakari Mwakilesho said it pains them as they fought hard to get lifetime party memberships to compete for nomination slots.

"We gave our best, going up and down in search of funds for party registrations so that we can be considered in the nominations," he said.

They gave political parties up to Monday evening, failure to which they will take the matter to court.

Mwakilesho called on the rights organisations, activists and residents to help them to get justice.

"None of us wished to be a PLWD, tomorrow it can be any of you. Let's join hands to fight this injustice because you might find yourselves walking the same path," he said.

Mwalimu Rama said if they don't get justice they will organise major protests and paralyse activities at the assembly until their voices are heard.

He said the new MCAs should not be sworn in until the plight of PLWDs is properly addressed.

Rama said the rule of law must be respected and they will no longer accept mistreatment and alienation of PLWDs in employment opportunities.

He further blamed the Registrar of Political Parties for not being too keen and firm in protecting their rights.

"We are wondering how could this injustice happen, yet there are institutions designed to act as a watchdog," Rama said.

He said it was not by accident that they were denied nomination.

He promised to help them seek justice in court.

The ODM member said everybody should be brought on board to contribute to the country's development.

Say none of them was nominated to the assembly.
Counties
2 weeks ago

‘Pastor’ detained as police rescue over 10 PWDs from Kwale house

The Council says people have been fraudulently registering as PWDs
News
3 months ago
Post a comment
WATCH: The latest videos from the Star
by SHABAN OMAR
Coast
19 September 2022 - 22:00
Read The E-Paper