Declaration of official results to take time in Nyali, Kisauni

• Taiswa said he had yet to verify 162 Form 34As for the presidential election results from the 195 polling stations.

• He said he was mandated to verify scanned copies of the forms uploaded by the presiding officers onto the system with actual physical copies brought to the polling station. 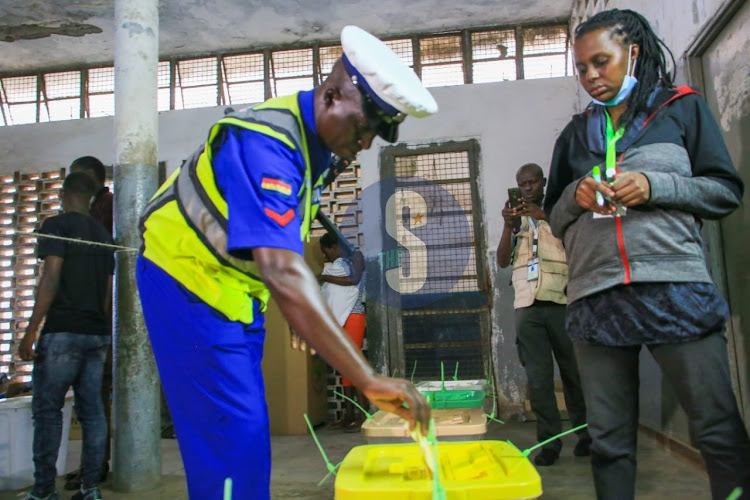 The stringent vote verification process put in place by IEBC will delay the official declaration of results for different elective positions in Nyali, Kisauni and other constituencies.

At Nyali tallying centre, returning officer John ole Taiswa told KNA on Wednesday he had yet to verify 162 Form 34As for the presidential election results from the 195 polling stations.

"We have verified 31 forms and the remaining 162 forms are in the queue with presiding officers,” Taiswa said at 10am.

He said he was mandated to verify scanned copies of the forms uploaded by the presiding officers onto the system with actual physical copies brought to the polling station.

"In the presidential election, the first step involves presiding officers confirming results with agents and the number of votes cast in favour of each candidate. The presiding officers scan Forms 34A and upload into the system," Taiswa said.

He will then announce votes cast in favour of each of presidential candidate in the constituency's tallying centre.

This is after confirming and posting presidential election results from each polling station on the IEBC portal, which will also be reflected on the national tallying centre in Nairobi.

Constituency returning officers tally and collate results from Form 34A to generate Form 34B which contains the total results for the presidential election results from constituencies.

The Nyali constituency returning officer is expected to make an official declaration of election results for the position of member of the National Assembly.

Taiswa said he has started verifying Forms 35As from the 195 polling stations.

He will use the form to generate Form 35B containing the total number of votes in favour of each MP candidate, use it to declare the results and issue a certificate to the winner in Form 35C.

Incumbent MP Mohammed Ali of UDA on Wednesday morning was leading with Said Abdallah of ODM following based on results on Form 35As from some of the polling stations declared  at the constituency tallying centre.

However, the final official results will be declared once the returning officer ends the tallying exercise.

Taiswa urged candidates and supporters of MP and MCA candidates to remain calm until the process is completed.

"We will follow this process until its logical conclusion and we are not sure when we will complete it," he added.

The groups from Kisauni and Nyali hold peace walks urging residents, especially the youth, to desist from violence
News
3 months ago