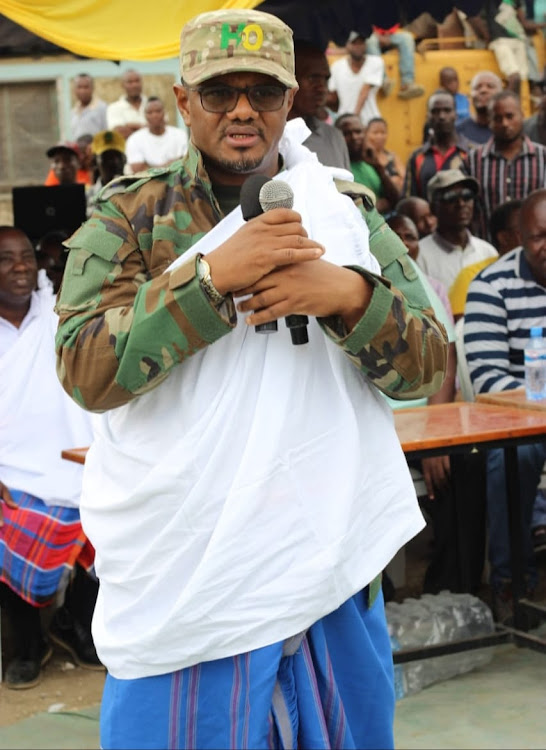 They said they are ready to work with the former county boss and are optimistic about taking over the Mombasa leadership, including the coveted gubernatorial seat.

On Saturday, Sonko quit Raila's Azimio la Umoja Coalition Party to support Deputy President William Ruto after he was blocked from vying in Mombasa by the IEBC.

“I want with all due respect to thank Mike Mbuvi Sonko for joining our Kenya Kwanza party to work and help us remove people who have contributed in land grabbing in Mombasa,” Mombasa governor UDA candidate Hassan Omar said.

“I want to thank him for his decision because even Selina Maitha was in team Suleiman Shahbal but when he (Shahbal) was stopped from vying for gubernatorial seat, she came to be our deputy governor. Now they have blocked Sonko who has also joined us to work with us.”

Omar said Azimio is a party full of lies, and that people should make wise decisions.

“We are not land grabbers. We do not have corrupt business and we came to do clean the politics of Mombasa. We will stand for rights of people of Mombasa and Kenya in general,” he said.

The former Mombasa senator said that, under their leadership, there will be equality in all government services.

Omar added that there will be a programme called Biashara Fund which will support businesses in all wards.

“Our president William Ruto promised to bring Sh1 billion every year in Mombasa. I will also start Biashara Fund where I will be adding Sh2 billion so that each ward gets Sh100 million to improve businesses that belong to the youth,” he said.

The UDA candidate said he will emulate Governor Salim Mvurya who improved the education sector in Kwale county by starting up to 592 Early Childhood Education Centres.

Speaking in Jomvu constituency on Saturday, Omar said he will also introduce a new technology called dissemination where they will clean ocean water for 12 months in order to ensure that every household has clean water.

“You should not vote because of parties, you need to vote because of what you expect. Vote knowing you are looking for a job opportunity and education for your children and a change of the economy,” she said.

Maitha further said the coming election will be different because their main agenda is to bring change in Mombasa.

She said under their leadership, all the grabbed lands will be handed over back to their rightful owners in Jomvu constituency.

Maitha called upon everyone, including youths to protect their votes.

“We do not want stealing of votes during the time of voting. Those who are used to stealing the votes, we want to tell you that we will steal with them this time. Enough is enough, we are tired of poor leadership,” she said.

Maitha added that they do not want violence but peaceful election hence  the government should help in dealing with any person who will cause violence.

The UDA leaders spoke during their endorsement ceremony to leadership by Kaya elders in Jomvu constituency.

They asked residents to vote for the UDA national organising secretary Karissa Nzai as their MP for a change and development in their area. 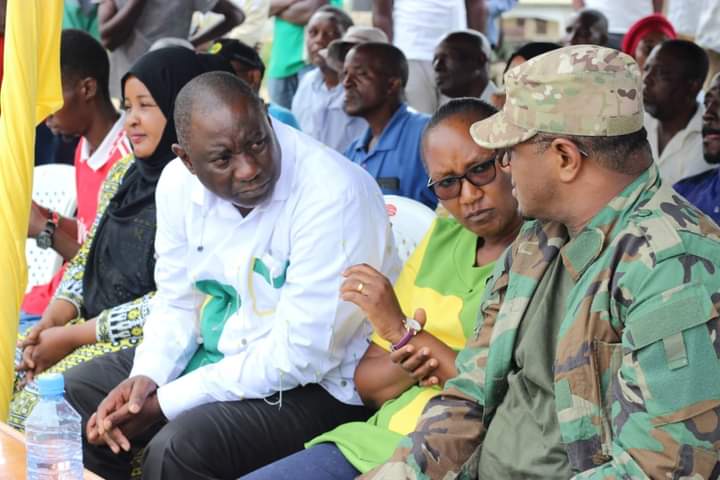 The positions are spread from the National government to Mombasa and Nairobi counties.
News
2 weeks ago

"We welcome Mike Sonko to Kenya Kwanza, the winning team."
News
2 weeks ago

"I pass my gratitude to President Uhuru Kenyatta who has been like a brother to me."
News
2 weeks ago
“WATCH: The latest videos from the Star”
by AURA RUTH
Coast
31 July 2022 - 22:00