They accuse them of hiring goons to destroy their campaign posters. 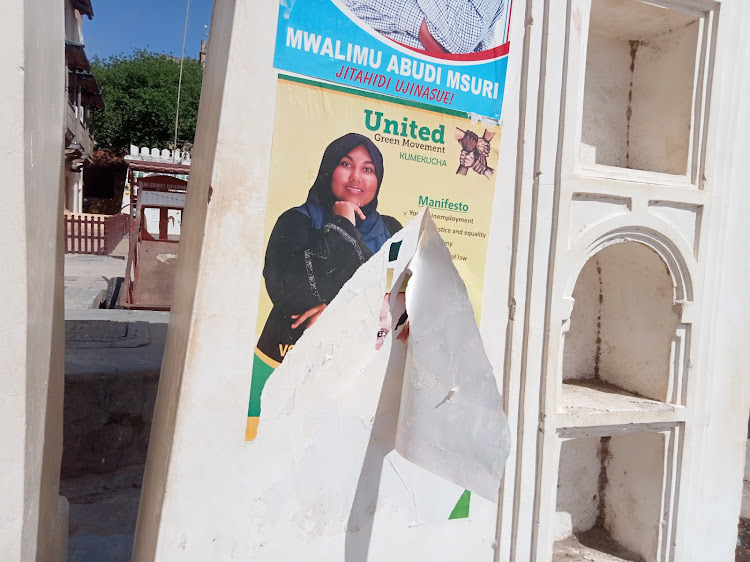 Female aspirants in Lamu have decried deliberate destruction of their campaign posters by their male counterparts.

They said the move is meant to intimidate them into bowing out of the respective races or toning down in favour of their male aspirants.

The posters, they said, are either pulled down, torn up or covered with posters of their male counterparts.

Some male politicians are accused of going as far as hiring goons to go around destroying all female campaign posters.

Nyaga, who is the only female aspirant in the race which has attracted 12 aspirants seeking to unseat Stanley Muthama, said she had since reported the matter to the police for investigation.

Similar incidents have been reported in Witu, Mpeketoni, Hindi, Mokowe and in Lamu Island where female posters have been torn or defaced with a view to seemingly confuse the public.

Nyaga said female aspirants in Lamu have not been accorded the same political campaign space as their male counterparts.

“We must be civil even as we seek votes from the people. I believe there is enough space for all of us to sell ourselves to the people without degrading or frustrating each other,” she said.

“I have personally witnessed these incidents on my own posters and other women aspirants," she said.

"We spend a fortune printing them only for people to come and destroy them. Let the police do their job and ensure that stops.”

Bahari MCA aspirant Jane Ndung’u asked the police, county and political parties to put in place measures that will ensure women aspirants are protected and respected.

“It’s unfortunate that we still live in an age where some people still believe women can’t lead," Ndung'u said.

"It’s even worse that some people will want to capitalise on such notions to derail our campaigns as female aspirants. It’s sick and must stop."

He further asked afflicted politicians to report the matter to the authorities for action.

“We shall definitely investigate these allegations and ensure all those involved are dealt with.  Any kind of election offence will not go unpunished,” Macharia said. 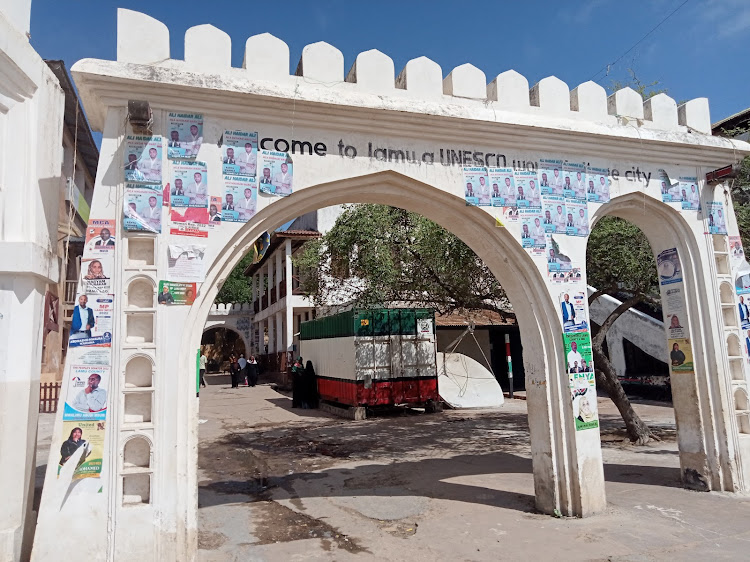 Kassim says he will address landlessness and squatters' welfare if elected.
Counties
4 months ago

They say she is the perfect match for Raila considering her astuteness and iron-lady approach.
Counties
1 month ago
by CHETI PRAXIDES Correspondent,Coast Region.
Coast
24 May 2022 - 22:00