He says his former gender adviser is an astute administrator with wealth of experience. 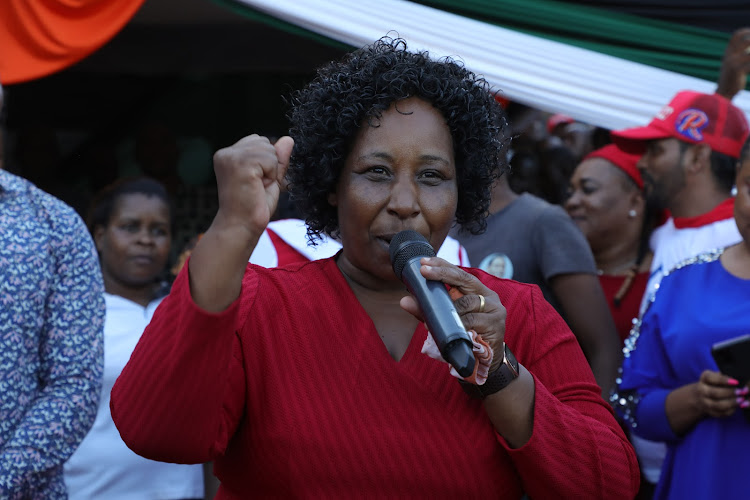 Taita Taveta Governor Granton Samboja has picked his former gender adviser Priscilla Mwangeka to be his deputy in a bid to secure a second term.

Samboja, who had left his political opponents guessing, on Tuesday said Mwangeka is best placed to help him complete the projects he started in his first term.

He is the first gubernatorial hopeful to publicly announce his deputy.

“Time has come for us to fully constitute our power team that is going to secure another term to serve the people of Taita Taveta," Samboja said while unveiling the former mayor in Voi.

"Mwangeka brings a wealth of experience to our winning team.”

He said his administration is committed to finish all ongoing development projects and initiate new projects that will boost the county’s economy.

“Mwangeka has been an astute administrator, especially on development matters and issues of ensuring gender equity at the grassroots level since her stint as a Voi mayor,” Samboja said. 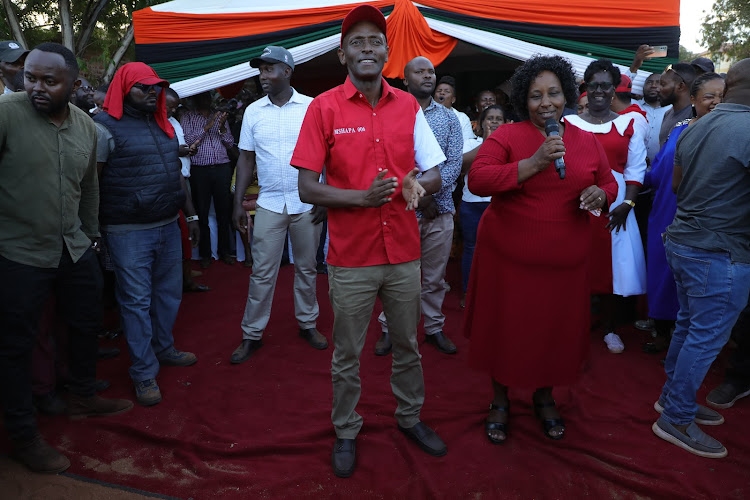 FINAL CHOICE: Taita Taveta Governor Granton Samboja and his running mate Priscilla Mwangeka during a political rally at Mwangea in Voi on May 11.
Image: SOLOMON MUINGI

Mwangeka had earlier announced her bid for the Taita Taveta woman representative seat.

She however shelved her bid to pave way for former woman representative Joyce Lay who was equally eager to deputise Samboja.

Mwangeka comes from Voi constituency while Samboja is from Wundanyi.

Samboja and his deputy Majala Mlagui fell out about a year ago, and Mlagui has since declared interest in the Mwatate parliamentary seat.

It is not clear why the duo fell out. Insiders have, however, hinted that Mlagui had raised concerns over being sidelined in major decisions in the county.

Samboja, a journalist-cum-politician, will face some 11 aspirants in the August polls.

Racheal Mwakazi, who was eying the seat on a Jubilee Party ticket, has since withdrawn from the race in support of the incumbent.

Mwakazi, who had earlier faulted Jubilee for favouring Samboja and handing him a direct ticket, on Tuesday held a meeting with the governor where she resolved to back his bid.

The ruling party is fronting a bunch of senior politicians in the county to fight for different elective seats.

They include Jubilee deputy party leader Naomi Shaban and Jones Mlolwa who were fronted to defend their Taveta and Voi parliamentary seats respectively.

Others are outspoken Sagala MCA Godwin Kilele who is seeking the senatorial seat and businessman Peter Shake (Mwatate MP aspirant).

Many gubernatorial aspirants are seemingly holding their running mate choices close to their chest.

Governor aspirants Stephen Mwakesi told the Star he would choose a woman for deputy. He however said the choice is a highly guarded secret that he would publicly announce at a later date.

“It shall be publicly announced at the right time,” Mwakesi said.

Political party and tribal realignments and gender are some of the key factors those seeking top leadership positions in the county consider.

MP Mwadime resigns from CPK, to vie as an independent

Says the faction had failed to uphold fairness in respecting the will of the people
Counties
2 months ago
“WATCH: The latest videos from the Star”
by SOLOMON MUINGI
Coast
11 May 2022 - 22:00