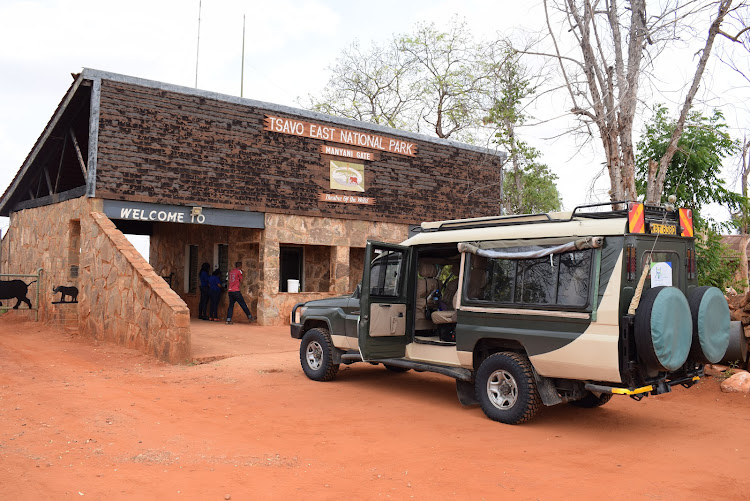 Hope To the End Adventures tourists at the Tsavo East National Park during their tour.
Image: ALPHONCE GARI

The tourism sector at the Coast region has always depended on foreign tourists for years.

However, with the advent of Covid-19, destinations like Malindi, Watamu and Kilifi, which were used to the foreign markets, suffered with some facilities having to close shop as they could not survive.

The hoteliers were however forced to be innovative and come up with packages for domestic tourists.

In Malindi, two Kenyan investors have partnered with their counterparts from the mountain called Hope To the End Adventures to come up with a special package dubbed "the mountain meets the ocean” to attract local tourists.

Kene Kiplagat and Marion Mutahi who own the Villa Safari resort in Casuarina, Malindi, together with a camping site —Camp Gedeng located at the hippo infested mouth of River Sabaki— are the engines behind the new tourism venture.

“We came up with the idea of the mountain meets the ocean to encourage Kenyans from the Mt Kenya to come down the Coast to Malindi and those in the Coast to visit Mt Kenya.  It is a unique tourism escapade," said Kiplagat, who is passionate about conservation of hippos and the environment. 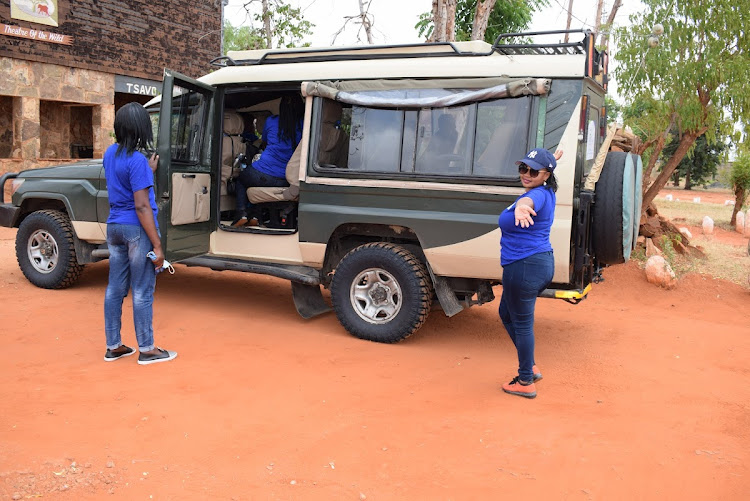 Hope To the End Adventures tourists at the Tsavo East national park during their tour from the Mountain to the Ocean
Image: image: ALPHONCE GARI

It started with Kiplagat and Mutahi travelling to Nanyuki on a mission to sample the diverse tourism products out there and found a niche where tourists from that side of the country could tour the Coast and vice versa.

While there, they also met other Kenyans who have invested in the hotel industry who gave in to the idea and even offered to come down to the Coast on a four-day road trip.

We caught up with them at Camp Gedeng on their last day of the tour and shared their experiences of their safari.

Kiplagat, who is also the chairman of Hippo Campus at the Sabaki river estuary, which was established to protect the hippos that were under threat due to human activities, said the idea of setting up Camp Gedeng was to take care of the animals around the estuary.

He said the Covid-19 hit them hard as the tourism sector went low contributing to massive job losses.

“We had to come up with a way to revamp the sector by starting this new tourism circuit, so we took a trip all the way to Nanyuki, Mt Kenya traveling through the national park and landed at a place called Ol Pajeta, from there we went to Storms,” he said.

Kiplagat said while there, they looked at all the camps, what they do, how they raise their funds, and their offers.

He said the people in Nanyuki were excited to see them from the Coast and they also decided to come down to see what the region has to offer.

Those who came were a group of six women and their driver.

“ A group of six women and their driver came. They have done a weekend and have seen our tourist locations all over Kilifi. They have recorded what they have seen and they are going back home to show what they saw,” he said.

Currently, he said they have something new to offer where tourists will be able to see national parks, new locations such as Naivasha, Baringo where those from the Coast can go and visit and experience.

While on that tour, those from the Coast region he said, will be able to see the animals that are not in their area such as the bullhead and rhinos.

He said Camp Gedeng offers a nice outdoor picnic for tourists which is what most people are going for as they want to enjoy nature. 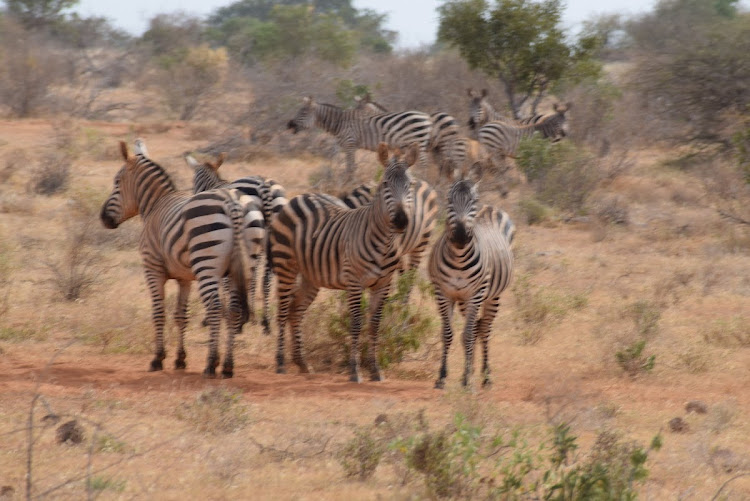 Hope To the End Adventure founder Racheal Njeri said they are passionate about the new tourism venture.

She said the idea was not only about adventure or travel but also to add value to it so as to promote cultural tourism.

“We saw a vacuum in this space where our culture is rich and has so much to showcase but has not been put out there,” she said.

Njeri said it is due to this that they came up with the company to give tourists an opportunity to travel and experience the regions and the communities living there.

Their trip she said saw them visit a village in Mtangani Malindi where they interacted with the community.

"While there, we established a need in the community and we shall come back to conduct training for the community to make an impact," she said.

Pantanetti who was the guide for the group from Hope To the End Adventure said he took them to Arabuko S0koke forest, Gedi ruins and it was fun showing them the diverse tourism products at the Coast.

“It was really good to interact with them and to find out about this new company they want to push and bring people from all over the world to visit the Coast. Their idea will also help people learn as they enjoy nature,” he said.

Mary Mumbi the founder of Mentor Me Facilitators and who was also on the trip, said they have a partnership with Hope To the End Adventures where they do empowerment and trainings for the communities during the trips.

She said already in Malindi, they have identified training for the community to empower them in some areas of self-growth and development.

In Nanyuki, she said they have organised a camp for children and expect children from the Coast to meet others in Mt Kenya.

“It has been a great experience to be here.  During that one week we have  visited the community, interacted with them and got to know their day-to-day life,” she said.

She said normally, tourists come to the Coast to see beaches and enjoy food but their organisation enables tourists to see the other side of their life and give an opportunity to make an impact to the community.

Mumbi said anyone thinking of traveling should consider Hope To the End Adventures so as to not only enjoy the tour but make an impact.

Alexander Ngunjiri, the driver who accompanied the group of women from the mountain area says the trip has a lot to offer.

“I happened to be the designated driver as the women from High To the End Adventures company took the trip. We travelled from the mountain all the way to Nairobi, down to Tsavo East National Park entered through Manyani where we saw a lot of animals such as giraffes’ elephants and many others,” he said.

Ngunjiri said they also went to Lugadi falls and then came to Salagate and took the tarmac road to Malindi.

He said Malindi is a beautiful part of the country with a lot to offer as other than the beach, there are sites such as Arabuko, cultural villages that have a rich history.

“We have enjoyed our stay here, there is camp Gedeng, Villa safari where we stay, they have shown us hospitality so as a guide, I would recommend Hope To the End Adventures,” he said. 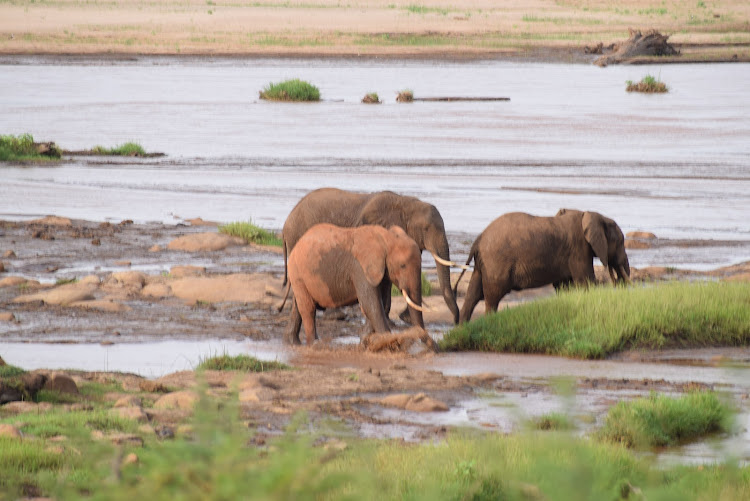 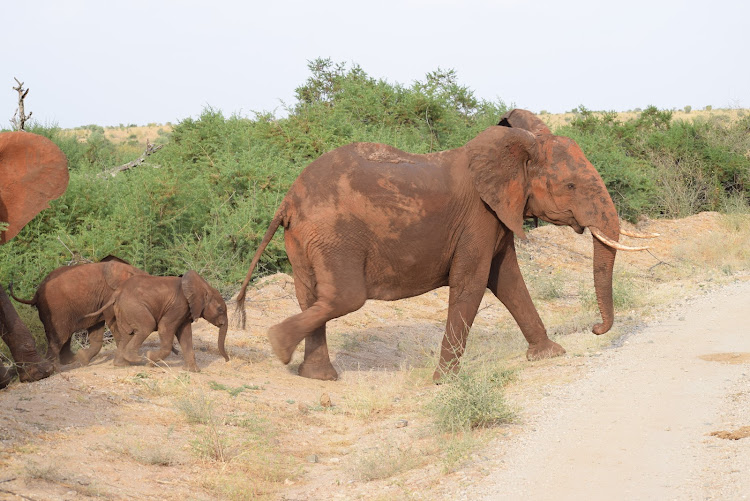 Millions expected to tune in for Magical Kenya Open

The DP World Tour event tees off on Thursday this week until Sunday as 156 golfers from within and without converge at Muthaiga Golf Club
Sports
4 months ago
“WATCH: The latest videos from the Star”
by ALPHONCE GARI Correspondent, Coast Region
Coast
08 March 2022 - 22:00