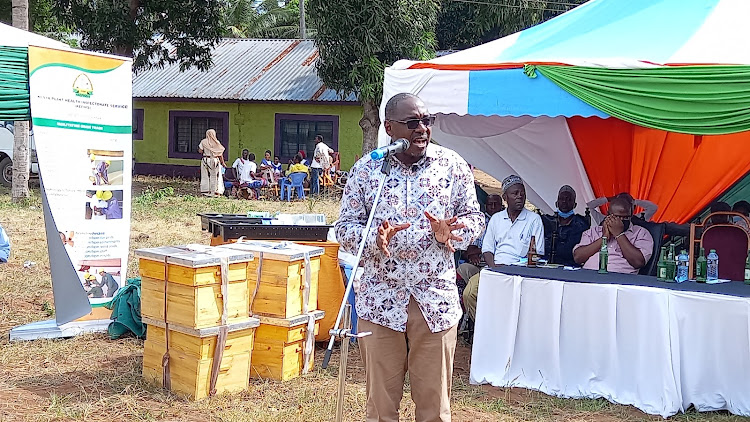 The Ministry of Agriculture in partnership with the Kenya Plant Health Inspectorate has rolled out an agricultural training programme for farmers in Kwale.

The project will see at least over 60 farming groups trained on the best farming techniques for better livelihood and agribusiness opportunities.

It is estimated that more than 50 per cent of the Kwale people’s income is lost in food expenses, according to the Principal Secretary for Agriculture Hamadi Boga.

Speaking during the farmers’ field day, Boga said the farmers will be equipped with improved farming tools and certified seeds to enable them move from domestic to commercial farming.

The farmers will be picked from the county’s 20 wards and assisted to steady crop growth, food and nutrition security.

“We will train three groups in each ward and will be furnished with proper green grams, tomatoes, spinach, sukumawiki, beehive equipment, fertilizers and the rest of the things,” he said.

The training will be done at Kenya Agricultural and Livestock Research Organisation headquarters in Matuga.

The first two agricultural projects on modern farming were piloted at Dzombo and Ukunda by KEPHIS and proved to be effective.

Boga said the county has the potential to grow a variety of food crops and feed its people if better farming skills and scientifically approved seeds are put in use.

Currently, the use of inferior farming methods and infertile planting seeds among farmers have brought the county’s agricultural productivity down to its knees.

Back in the 1960s, Kwale was recognised as the best producer of Mangoes, coconuts, cashew nuts, oranges, cotton, maize, cassava and many other food crops.

But due to new crop diseases, pesticides and outdated crop species, the industry has continued to suffer.

Boga said promoting innovation and technology in agriculture and trade is one way of reviving the agricultural sector and improving the economy and standards of living of citizens in the region.

He said the only way to beat poverty and create employment opportunities for the thousands of jobless citizens was through agriculture.

"There is no shortcut, active farming is our breakthrough because agriculture is the backbone of the economy,” he said.

He said agriculture opens doors for manufacturing and processing industries, hence many jobs for residents.

Boga said about 60 per cent of the country’s wealth is generated from farming activities.

He said with the adoption of advanced agricultural techniques, the high cost of living that’s wreaking havoc on the economy can largely be reduced.

The PS said agriculture is the solution to people’s problems and keeping off from it, is denying the opportunity for a healthy lifestyle and growth.

He said it is embarrassing to import commodities that can be grown abundantly and exported for commercial trade.

“We receive tomatoes from Taita/Taveta and Loitokitok at a higher price, yet they can be produced here,” he said.

Boga said leaving parcels of productive lands untamed is running away from wealth and prosperity.

He said with the proper farming skills, small acres of land are enough to produce sufficient food for domestic consumption and sale.

The PS said the national government is determined to empower farmers to achieve food security and change their lives through agriculture.

He noted that already, the government has set aside Sh1 billion to revive the cashew nut sector.

KEPHIS managing director Theophilus Mutui said they will ensure farmers have access to good quality seeds and are resilient to diseases for better farming.

He emphasised residents adopt good agricultural practices for the best results and increase the capacity of food production in Kwale.

“We will have an extension of the training to teach farmers on various types of crop infections and pests and mechanisms to deal with them,” he said. 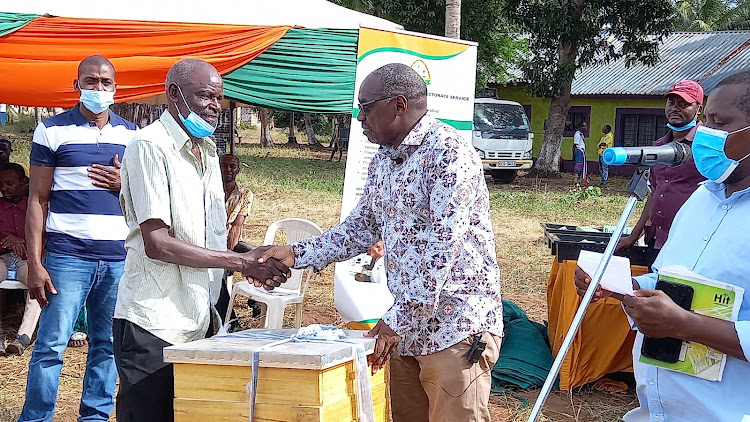 TOOLS: Agriculture PS Hamadi Boga with a Kwale farmers after handing over some farming tools to various farming groups during the farmers field day in Ukunda, Msambweni subcounty on January 21, 2022.
Image: SHABAN OMAR 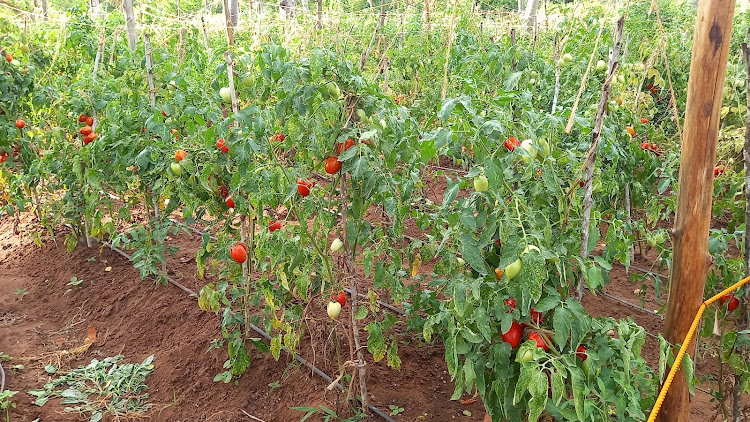 Officials say the country has an annual deficit of about 350 million tonnes of fish.
Counties
3 months ago

According to John Kathangu a mango farmer from Embu, farmers have invested a lot in the fruit and a price sh2.50 will just drown them in losses.
Counties
3 months ago

Other than potatoes, KFC said it was exploring the possibility of sourcing cheese from Nyandarua.
News
3 months ago
by SHABAN OMAR
Coast
23 January 2022 - 22:00