• On September 18, Ahmed was arrested in connection with 92kgs of heroin with a street value of Sh300 million.

• Investigators said they were probing whether Ahmed had taken over the drug trade in the region and globally, a line that had been dominated by the Akasha family for years. 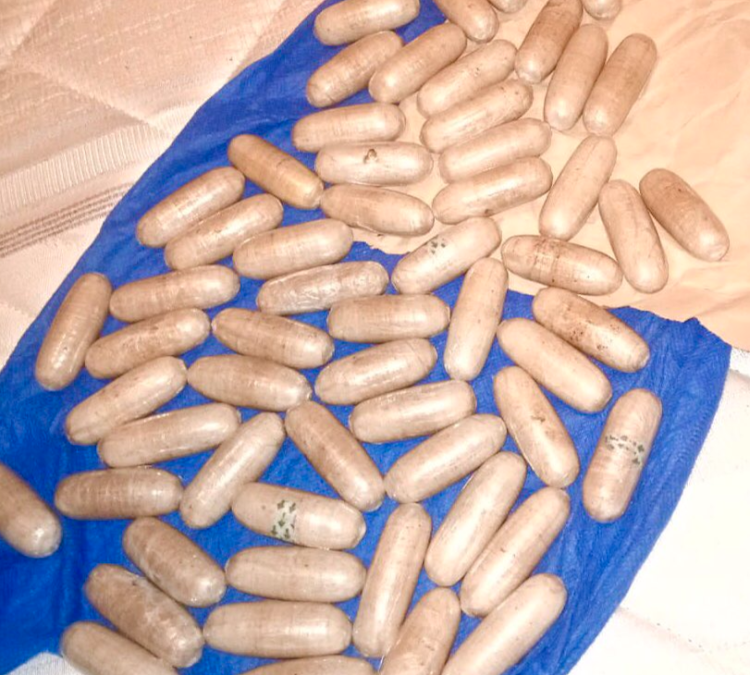 Ahmed alias Swaleh Kandereni or Candy Rain faces drug trafficking cases in Mombasa and Nairobi, where he is accused of trafficking heroin.

The latest case was on November 9, when Ahmed, his wife Asma Mohammed, an M-Pesa operator Susan Mutuku and Suleiman Kaingu were arrested in connection to drug trafficking.

They were jointly accused of storing 214.9 grams of heroin with a street value of Sh644,700. The heroine is said to have been hidden under the mattress.

They were also accused of laundering Sh102,000, which was proceeds of drug trafficking.

Kaingu is accused of storing 562 grams of heroin valued at Sh1.7 million.

The narcotics are said to have been concealed in a cowboy plastic container.

They all denied the charges and applied to be released on bond citing their constitutional right.

Their bail application was, however, declined by Shanzu principal magistrate Yusuf Shikanda.

He said Ahmed and Mohammed were facing numerous cases in different courts.

“As much as the accused are innocent until proven guilty, the court must consider the possibility that the prosecution has a legitimate cause to charge the accused persons,” he said.

He, however, said the accused persons were at liberty to apply for bond after 21 days, if the police would have concluded investigations.

On September 18, Ahmed was arrested in connection with 92kgs of heroin with a street value of Sh300 million.

The investigators said they were probing whether Ahmed had taken over the drug trade in the region and globally, a line that had been dominated by the Akasha family for years.

DCI officer Patrick Mugambi told the court that the crime was transnational, involving a syndicate operating in Kenya and other countries.

Mugambi said Ahmed had allegedly been using his transport business to conceal his illicit trade, having amassed wealth that was registered in the names of his proxies.

Ahmed’s history of drugs traces back to 1996, when he was first sentenced to 15 years for heroin trafficking. He was sent to Shimo La Tewa Prison.

He was, however, released in January 1999 under unclear circumstances after serving only three years, only to be rearrested in October 2001.

It was discovered some court and prison officials had forged documents indicating Ahmed had been released on bond by the Appeal Court pending the determination of his appeal.

Much of him is unknown in between the years only to reappear in 2010 on a different drug-related charge.

He was sent to 25 years in prison for trafficking five kilograms of heroin, which he successfully appealed.

Since then, he has been in and out of court facing numerous drug trafficking and money laundering charges.

His wife was also roped in and is now facing similar charges alongside her husband.

Ahmed's wife is a sister to the wife of Tanzania's most wanted drug lord Masuo Bakari, who is on Interpol's Red alert.