Kwale residents in urgent need of food as drought worsens

More than 200,000 people in Samburu, Kinango and parts of Lunga-Lunga subcounties starving

-More than 35,070 households are affected while 10,521 are severely hit and in need of urgent water and food intervention in Samburu.

-At least over 1, 000 livestock have died and many continue to fall as drought spikes. 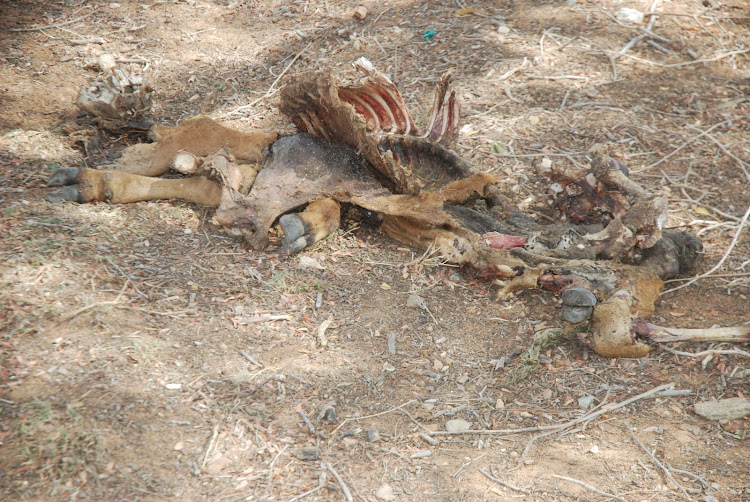 LOSS: Drought in most parts of Kwale county has not spared animals.
Image: SHABAN OMAR

A humanitarian crisis is looming in Kwale county as the drought situation worsens in the region.

More than 35,070 households are in need dire need of urgent water and food intervention.

The worst-hit areas include Samburu, Kinango and parts of Lunga-Lunga subcounties.

The severe drought has been attributed to failed rains.

Red Cross coordinator for Coast region Hassan Musa said 90 per cent of water pans in Samburu have dried up.

More than 1,000 livestock have died while many are at risk of dying as the drought persists.

Livestock carcasses have been found scattered in farms and homesteads in areas of Mwavumbo, Gandini, Kasemeni and Maa.

Musa said the remaining water sources are contaminated and harmful for both human and animal consumption.

"The existing water pans have become hazardous because water is very green and not suitable for domestic use," he said.

Musa termed the situation very alarming, expressing fears that there might be an outbreak of water-borne diseases.

Some residents and animals use the contaminated water thus endangering their lives.

Majority of residents were forced to trek for over eight kilometres in search of water and food.

They move all the way to Taru and MacKinnon near the Taita Taveta border to look for tap water from Mzima springs where a 20-litre jerrican of water goes for Sh50.

Musa said the condition has spurred increased human-wildlife conflict as competition for food and water intensifies.

"Animals come out in the open to look for water because many water sources have dried up," he said.

Mwaenzi said residents are currently having to contend with one unhealthy meal per day.

He said some have turned to charcoal burning and casual jobs to earn a living because farming has failed for two consecutive seasons.

"There is no hay, farming has done poorly making residents shift to other jobs in towns," he said.

A similar situation is being witnessed in other coastal counties of Kilifi, Tana River and Lamu.

Musa said a total of 145,000 people have been affected by drought in Kilifi where over 6,000 livestock have died.

Taita Taveta is slightly affected and has not reached alarming levels.

Musa said necessary interventions have been made by both the government and Red Cross.

He said they have distributed food and water to the affected counties.

Musa, however, said more help is needed as the number of affected households increases due to the unrelenting drought situation. 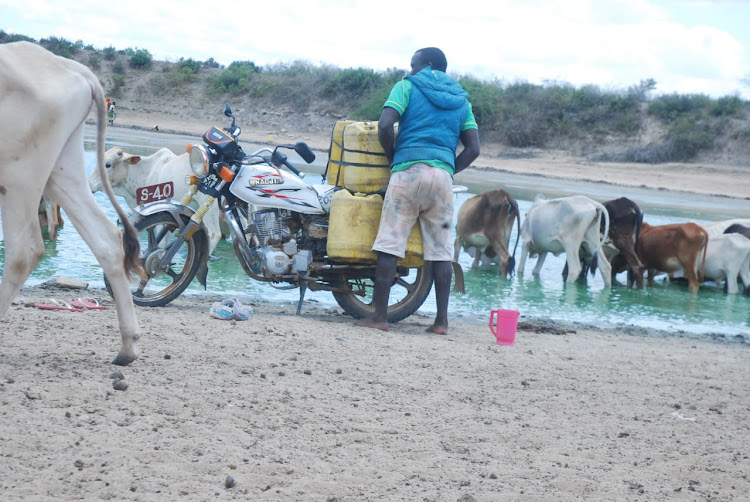 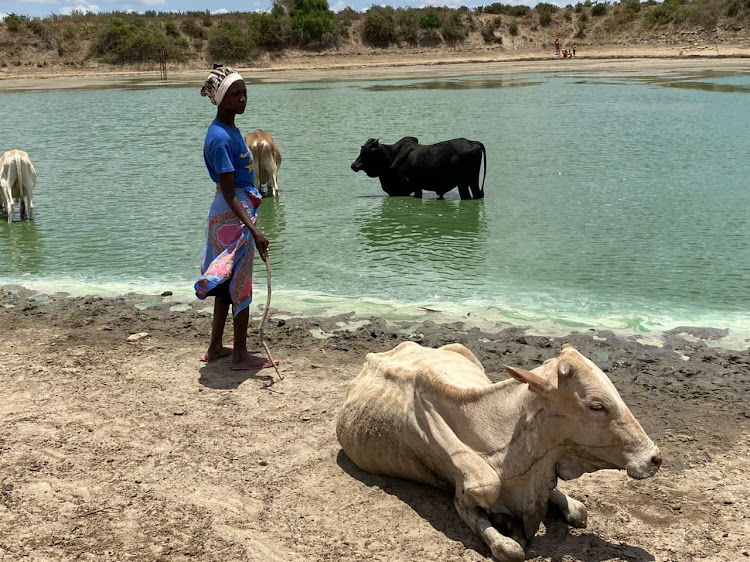