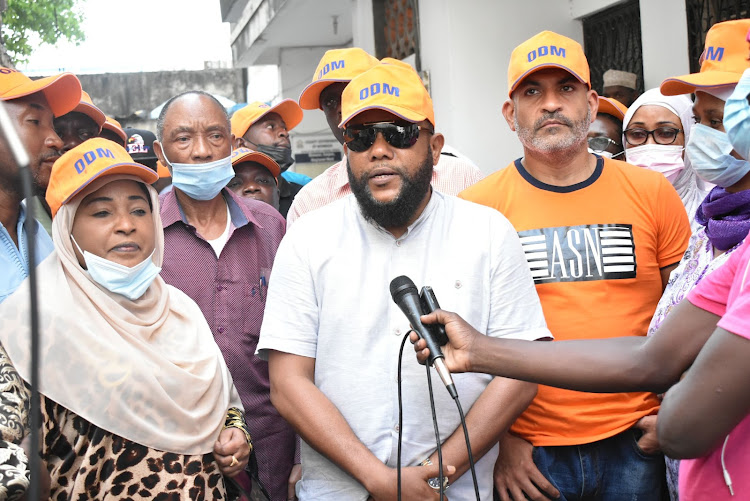 Hatimy, a close confidante of Joho and his go-to man, died of Covid-19 complications on November 14, 2020.

His death dealt a major blow to the party operations in Mombasa and has been struggling to maintain the level of influence as was during Hatimy’s reign.

However, the installation of Dhee is seen as a welcome move by ODM to try and kick-start a major campaign to revitalize the party at the Coast.

The Orange party was seen to be flailing in the region, slowly losing its firm grip on the over two million vote bloc.

On Thursday, ODM bigwigs in Mombasa, including four MPs who flanked Dhee at the party offices in Ganjoni, declared new energy that will recapture the region. 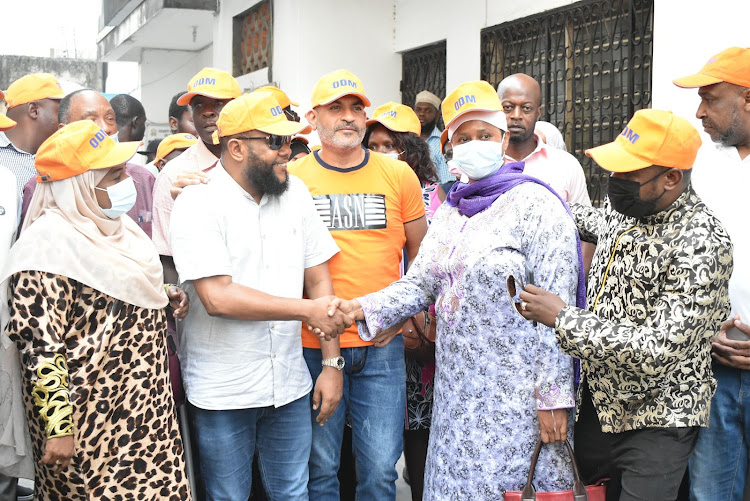 Dhee’s first assignment is to organize a Coast delegates meeting on Saturday at Wild Waters Complex, that will bring together 600 party delegates, 100 from each of the six Coastal counties.

The delegates’ conference will see national officials from Nairobi attend.

“Going forward, we have a big task of taking the party back to its glory days when it used to be a powerhouse,” said Dhee.

The new Mombasa county chairman met all officials of the party from all the six sub-counties to plan for the Wild Waters conference on Saturday and to lay strategies that will rekindle the ODM flame.

Kingi has not been keen on ODM matters for a while now.

In March this year, he publicly and sharply differed with Raila over the push to have a Coast-based party at the expense of ODM.

On Thursday, led by Mvita MP Abdulswamad Nassir, who is seeking the party ticket to succeed deputy party leader Joho as Mombasa Governor, the MPs said ODM has the best interests of the Coast people and Kenyans at heart. 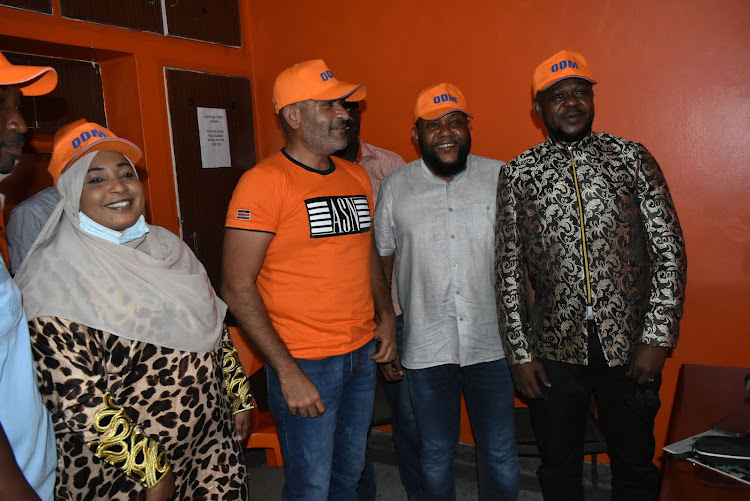 “Our vision is to ensure that the ideals of the people of Kenya are met through ODM,” said Nassir.

He said the plan is to recapture what was ODM’s.

The Mvita MP said people pegged their hopes on ODM in 2013 and 2017 before they were unfairly dashed.

“We are now simply saying we want to realise the dreams of Kenyans,” said Nassir.

He said if ODM was in power, the fuel prices would have never hit a record high.

“If ODM was in government, fuel prices would not have been increasing daily. We believe in a democracy brought from the people at the grassroots,” said Nassir.

He said ODM believes in a social democracy where before anything is done, its social impact is thoroughly analysed.

“These are matters that will be discussed even in the Coast delegates’ conference,” said the MP.

He noted that ODM’s role is to continuously caution where the government is going wrong.

“And in the instance of fuel prices, the government has not just gone wrong. They’ve totally erred,” Nassir said.

Likoni MP Mishi Mboko said the party will become even stronger in the region.

“The region has its owners who are ODM. We are ready for a political, economic and social fight to have the Coast region unite under ODM,” she said.

“We are going to strengthen the party at the grassroots. We want to paint the region orange.

“Baba said the breaking of the cooking spoon is not the end of cooking. We will still cook and eat the food,” said Twalib.

ODM, he said, will not be shaken at the Coast while they, the foot soldiers, are still alive.

“We all know what Baba has done for this country. Bringing peace to the country alone is enough to earn him the Presidency. If he becomes the fifth president, Kenya will develop faster,” said Twalib.

In an apparent reference to Mombasa businessman Suleiman Shahbal, Twalib said anyone who wants to join the party must respect the existing structures, loyal members and programs of the party.

Shahbal has re-joined ODM as a life member after quitting Jubilee in July this year.

Before joining Jubilee, Shahbal was in Kalonzo Musyoka’s Wiper Party after quitting ODM in the run-up to the 2013 general elections when he felt there were plans to rig him out of the ODM nominations in favour of Joho.

“Loyalty is important in a political party. We cannot be in a party where people want o cone and go anytime they wish without repercussions,” said Twalib.

The presence of Mboko, Twalib and Ashu at the function was an endorsement of Nassir as their preferred candidate for the ODM ticket to vie for the Mombasa Governor seat.

Last Tuesday, at a fundraiser in aid of Luo Council of Elders member Manoa Obat’s funeral expenses, Shahbal, through his aide Idris Abdulrahman, said he will revamp and open up new ODM offices across the county.

“We cannot allow people to speak on behalf of the party when there are party structures. Nobody from the toilet and outside the structures can speak from wherever they are about party programs,” said Twalib.

He said anybody is welcome to the party but they must respect the structures of the party.

“We will never be distracted by any people who say they want to come to the party through dubious means,” he said.

Twalib said Joho, businessman Jimi Wanjigi, Kakamega Governor Wycliffe Oparanya and Raila have all declared interest in vying for the presidency because of internal democracy.

“We will work together and move forward,” said Twalib.